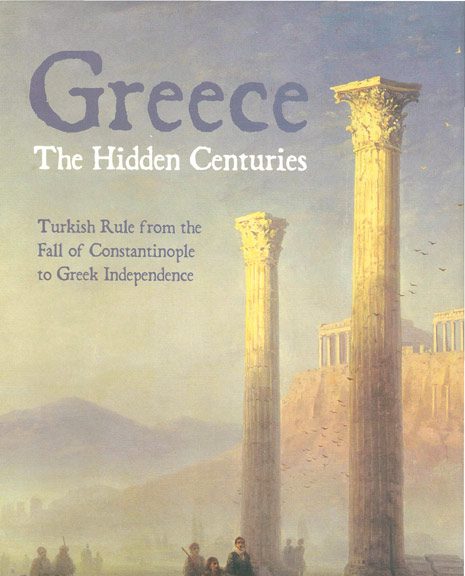 In 1700, a French botanist, Joseph de Tournefort, rambled around the countryside of Crete learning the names of over 500 native plants from local Greek villagers. He remarked that the plant names that villagers used were the same as those used by ancient writers.

Two hundred and fifty years later, Richard and Eva Blum, American sociologists conducting fieldwork in Evia, recorded parallels in the contemporary medical practices of rural Greeks and those of antiquity and argued that many of the traditions and beliefs that they observed had ancient precedents.

These observations, recounted in David Brewer’s new history of Greece, are powerful evidence of the resilience of Greek language and culture through the ages. With Greece, The Hidden Centuries, Brewer aims to investigate the experience of the Greeks under the rule of the Ottoman Turks, from the fall of Constantinople until independence in 1833, a period often referred to as the Tourkokratia.

As Brewer observes, the Tourkokratia is regarded by many as a period of unrelenting misery, a time when “every misfortune is attributable to Turks”, when punitive taxes were imposed, when Greek youths were conscripted into the service of the Ottoman court, when Greece was cut off from the Renaissance and other developments in Western Europe.

Taxes were indeed imposed by the Sultan on his Christian subjects, and each year Greek boys were dragged off to Constantinople, yet Brewer sifts through a wealth of historical sources to paint a picture of the centuries of Ottoman rule that isn’t one of unending gloom, servitude and oppression. Sultan Mehmet II, who took Constantinople in 1453, had a close relationship with the post-Byzantine Orthodox patriarch, Yennadhios, and an abiding interest in Christian doctrine.

By the late 1700’s, there were 40 Greek churches in Constantinople, the vast majority of them having been built under Ottoman rule. And Turkish rule was actually welcomed on some Aegean islands, where the previous rulers, the Genoese and Venetians, had plundered local economies and attempted to impose Catholicism on Orthodox communities. What becomes clear in this book is that hapless Greek communities were often the victims of the European powers jockeying for power in the Mediterranean: Crusaders, Catalans and knightly orders all had their day at the expense of the Greeks.

The Orlov Revolt, a Russian-backed Greek uprising against the Turks in 1770, resulted in misery for the Greeks and was really a cynical move by Catherine the Great to extend her own influence. Nonetheless, this set the scene for the eventual War of Independence that led to the establishment of the modern Greek state in 1833.

Greece, The Hidden Centuries is a thoroughly researched and engagingly written history. Its short chapters include a wealth of historical detail – from El Greco’s artistic genius, to the important role that the University of Padua played in Greek intellectual circles, from swashbuckling tales of mountain brigands to the role of the church in village life – as well as casting welcome light on a little-known and often neglected period of Greek history.