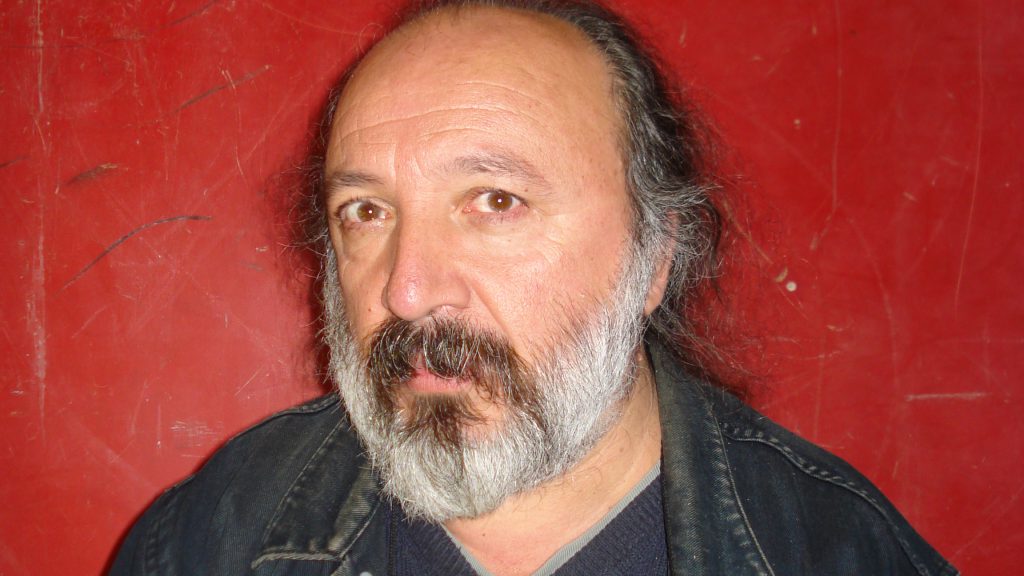 Nick Tsiavos has a brand new album out, titled Liminal and like the word it’s a beautiful and subtle listening experience. ‘Liminal’ has a variety of meanings, but essentially it is the threshold between the real and the transcendent, the crossover point from which the mind and the heart can travel.

Tsiavos is of course known as an highly accomplished double bass player, and a composer and as an collaborator across many art forms. Whenever he talks about his work there is this reoccurring term of ‘having dialogue’ with other pieces of music, particularly ancient spiritual music, and coming up with a third ‘truth’ through him as the musician/composer and the work he is engaging in.

“This is has been a 20 year journey working as a musician that has incorporated many ideas of Modernism, like Jazz, contemporary classic music, Minimalism and Noise and coming together in this engagement with ancient pieces of music that are, in some cases, 1500 years old,” said Tsiavos, and then added in reference to the first track of the album, Exion Estion.

“This chant in itself is beautiful and potent and its that potency that gives it that energy to be still with us, and what I was interested in is that potency and the danger within the text and to establish a dialogue with it, as well as to deconstruct it, but also to allow the hyper-real to come out, where subtext and reality can be re-looked at from different positions.”

One could probably say that the difference between a gigging muso and composer or a sculptor and artisan is the composer and sculptor have an agenda or a messge to deliver, and Tsiavos has a message and a very well thought out one too.

He is not only interested in creating beauty, he is also passionately concerned about the purpose of art in society.

“Look you can put a chant in a church and it does a particular job, but what happens when you take it out of that arena? There is the beauty of course, but music has always had a role, whether its shamans beating drums or its at a trance party, it always been about achieving a particular state and that’s what I’m interested in,” said Tsiavos.

Tsiavos cultural agenda is personally reminiscent of Masaru Emoto, a Japanese author known for his claim that if human speech or thoughts are directed at water droplets before they are frozen , images of the resulting water crystals will be “beautiful ” or “ugly “depending upon whether the words or thoughts were positive or negative.

Emoto claims this can be achieved through prayer , music or by attaching written words to a container of water.
“Well, of course and those forces can be channeled and manipulated…and that in part or at least that has been the common thread of what I’ve been about, musically,” answered Tsiavos.

“But what I’m interested in is the notion of rapture. What is rapture, is it by eating a bar of chocolate or by joussiance…and that’s its not just about happy fluffy things. I’m interested in that double edged sword between of how, lets say, pain can achieve a certain pleasure,” continued Tsiavos. “and that’s where the title of Liminal comes through, of the notion of the threshold, which is about moving from one state into another.”

Tsiavos went onto say that the intention behind this new album is to try find where that threshold exists in the music, “where is that point, that spark? Is it there, or is it over there? And that what we’ve been trying to do.”

And on another point, the ‘we’ in this work in collaboration with Nick Tsiavos on contrabass and as a composer are Deborah Kayser as the soprano; Adam Simmons on saxophones and wind instruments and Peter Neville with Eugene Ughetti, both on percussion.

Now you can get the disc at most good music stores, says Tsiavos, but to hear it live would be the true privilege. There’s a launch at The Melbourne Recital Centre on Saturday 30 April 2011 8:00 pm.

So best go and cross that threshold then, for the full Tsiavos listening experience.