Philhellenism: how the admirers of Ancient Greece changed history 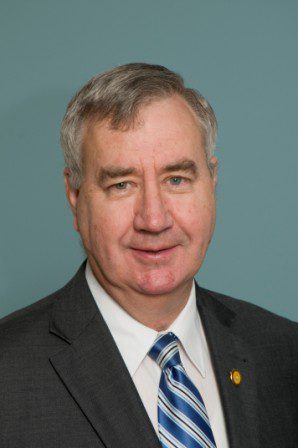 A speech by former WA Minister for Education Bob Pearce on the importance of philhellenes in shaping European history was enthusiastically received by a 200 strong audience at the Alexander the Great Hall in Dianella, WA, last Saturday evening.

Mr Pearce, who is studying Modern Greek at Notre Dame University, impressed the crowd when he presented the introduction to his talk in Greek. The title of Mr Pearce’s address was “Philhellenism: How the Admirers of Ancient Greece Changed History” and he began by outlining those areas where Ancient Greece laid the foundation of modern European civilization, concentrating particularly on the development of democracy, literature and philosophy. Here are the main points of his address.

“The first Philhellenes were the Romans. Around 200 BC, despite some initial opposition, the Romans began to build their own literature on Greek foundations. Educated Romans like Cicero, the famous statesman and orator, were fluent in Greek and often spent two or three years in Greece to finish their education. Cicero’s letters were full of quotations in Greek from Greek literature, and Cicero himself played a major role in absorbing Greek philosophical thought into Roman culture. With the transfer by Constantine the Great of the capital of the Roman Empire to Constantinople, the break up of the Empire into East and West, barbarian invasions and the growth of the Christian church, the works of the pagan writers and thinkers, Greek and Roman, were largely forgotten.

Only with the rediscovery and promotion of the works of Cicero by the Italian poet Petrarch in the 14th century was the Latin classical tradition re-established and the Greek classics soon followed, a turning point being the appointment of the Greek scholar Manuel Chrysoloras to the University of Florence to teach Greek language and literature. Thereafter Greek became part of a mainstream classical education through most of Western Europe.

The rise of the “Grand Tour” in the 17th century, where educated young aristocrats undertook a tour of Europe including Italy and Greece to finish their education, helped build sympathy for the plight of Greeks, the inventors of democracy but now a subject people under the Ottoman empire. As pressure inside Greece mounted for the independence movement, so did philhellene groups outside Greece form and provide support, encouragement and money. A major figure in this was Lord Byron who had lived in Greece during his own Grand Tour and who wrote a number of poems, including “The Isles of Greece” in support of Greek independence.

Although Byron was then living in Italy in self-imposed exile from England following a series of scandals in his private life, his poems had a big impact in his home country. In 1823 he went to Greece to join the Greek uprising, but died of a fever before he could take part in the battle. However his death was of great propaganda value to the Greeks and popular opinion in England and France led their governments to take a more active role in support of Greek independence, resulting in the decisive Battle of Navarino where a combined British, French and Russian naval force completely destroyed the Turkish and Egyptian fleet. Subsequent continuing pressure from these countries was influential in the final achievement of independence for Greece. In the philhellenic atmosphere of this time a young German grew up with the ambition of proving that Homer’s story of the Trojan War was not merely a myth, but founded in history.

In 1871 Heinrich Schliemann began excavations at Hissarlik in Turkey and uncovered the ruins of Troy. His subsequent excavations at Mycenae, the historic city of Agamemnon, revealed the magnificence of the Mycenaean culture, which was proved to be Greek by the decipherment in 1953 of Linear B tablets found there”. Mr Pearce concluded his talk with another notable 19th century philhellene, Pierre de Coubertin, whose admiration of the Athenian gymnasium led him to seek to duplicate these ideals in the French education system and subsequently to re-establish in 1896, the Olympic Games.