Santorini: the most beautiful place on Earth 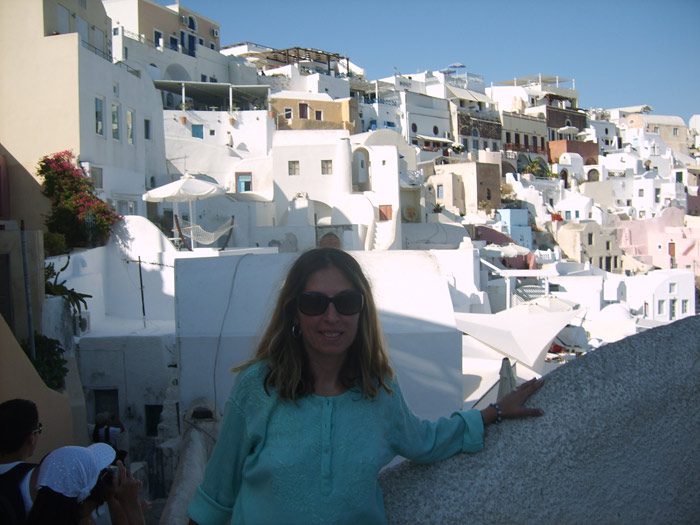 I might be biased being Greek-Australian, however the most beautiful place in the world has to be the Greek island of Santorini, which I have revisited time and time again.

Santorini holds a special place in my heart, it’s truly an inspirational destination. It has the most spectacular landscapes with blue domes and white washed houses and churches perched on volcanic cliffs, all set against the backdrop of the beautiful shimmering Aegean waters. Santorini is perhaps the most talked about island of Greece in the Aegean.

Only the name of the island is enough to unfold in mind pleasurable connotations, gray and red beaches, terraces with panoramic sea views and stunning sunsets. All this, together with remnants of lost civilizations discovered in the volcanic ash justify the epithets with which visitors identify Santorini and fairly is called, magical, indescribable, astonishing.

Santorini is the only inhabited Caldera (volcano cauldron) in the world. Unlike other islands in Greece, the towns and villages sit densely on top of the massive cliffs of the Caldera and from a distance appear like snow capping the towering mountain tops. The coloured strata of the volcanic rock of these cliffs are spectacular in themselves: chocolate brown, rust red, yellow ochre, white and cream. The geological uniqueness however is not the only thing that makes Santorini a special holiday destination.

Everyone has read about the spectacular sunsets that occur on this island and the sceptic may question whether the setting sun can really appear differently here than from the neighbouring islands of Naxos or Ios. Nevertheless, the sunsets at Santorini, viewed from the Caldera, really are breathtakingly beautiful when seen as a backdrop to the volcano.

The colours that streak the sky change from lilac to deep purple, from yellow to orange to red, as the golden sun sinks and becomes blood red reflecting its light on to the sea and the surrounding little islands, an amazing scene for photography. I love to potter around the narrow cobbled alleyways where you’ll find natural local produce goods, such as sea sponges and olive oil soaps.

On Santorini there is no definition of time. It’s the only place I allow the whole world around me to go by, ever so slowly and not feel guilty. As I sit at a cafe, drinking a Frappé with Baileys, overlooking the Caldera, the Atlantis myth evident, and write poetry while I wait for the sunset, this place is truly a magical destination and best of all I will surely do it again. Gladly.