When work is Mouzakis to the ears

Australian actor Steve Mouzakis, part of the cast of upcoming Big Mamma’s Boy, talks about what it’s like working in LA 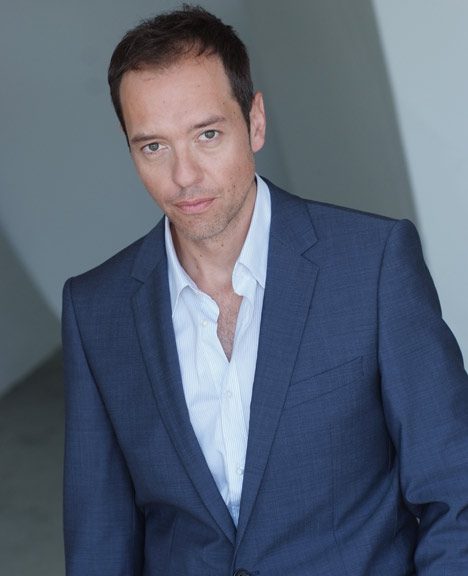 In a couple of days, Australian actor Steve Mouzakis (Where the Wild Things Are) will be returning home to Melbourne from LA for the launch of the Australian movie he’s in, Big Mamma’s Boy.

He says it will be great to catch up with friends and relatives too. But what he’s not looking forward to is the cost of living that has recently gone through the roof in Australia. “In LA, it’s considerably cheaper than Melbourne,” says Mouzakis over the phone from his apartment in Los Angeles.

“Here you can share an apartment for around $700 pcm. For a one-bedroom studio, it can be around $900. That’s virtually unheard of in Melbourne, and don’t get me started on the price of groceries! When I was last home I went to the supermarket and a trolley of food was well over a third more expensive.” These things are crucial to jobbing actors who often have to scrimp and save until the next outcome of a gig hits their bank account. That’s why Mouzakis is in LA, to get work, “because there’s hardly anything in Australia now in TV or film,” he says. He’s not the first to state this sobering fact about what is a fairly tenuous industry at the best of times. What is to blame? There are a number of factors.

One of them was former Prime Minister John Howard putting his mitts where they didn’t belong by allowing too much overseas content to be screened on TV, rather than the previously allocated percentage of locally made content. That move virtually killed the Australian film and TV industry, which is why so many actors, like Mouzakis, as well as directors and writers have been forced to move overseas to get work. So if you’re wondering why this country is getting duller by the minute and our culture is about as rare as hen’s teeth: do feel free to use a picture of John Howard as a dart board in your rumpus room.

The Green Card issue always comes up for anyone chancing their arm in the US. Luckily for Mouzakis, this is one thing he doesn’t have to worry about. “I got that sorted through a lawyer about a year and an half ago,” he said. But what about day to day living? “Well I’m living off my savings, which is cool because I see it very much as an investment.” He’s also been assisted by some local knowledge.

“I’m living with another actor, a Greek-Cypriot from London, Anthony Skordi, and he’s shown me a few tricks of how to live in LA,” he said. The other advantage to being in the US for Mouzakis is that he’s not stereotyped as an ethnic actor as he is in Australia. “When I explain this to the American casting agencies, they usually laugh or are amazed and say I could play a number of roles and that’s its not really an issue.” On top of that, the tall poppy syndrome simply doesn’t exist in America.

“I was talking to an actor about my past work and he said what are you down-playing it for? I said because I feel a bit like a wanker otherwise,” said Mouzakis. The advice he got, refreshingly counters this attitude. “No, no you got to talk it up,” said his actor mate. There’s a healthy confidence and then there’s pure hype “You have to know yourself. Too many actors come over here, straight after acting school, and they don’t know who they really are. If you don’t, this town will swallow you up whole,” he said. Mouzakis has been in LA for only three months and although he’s hasn’t had any work as yet, he’ll be glad to get back. “I’ve just got to keep at it. You’ve got to be here in LA for about two years before it starts paying off.”