The shock of the new

Award-winning Victorian architect Billy Kavellaris is committed to pursuing intelligent design and questioning formulaic approaches to the buildings we live, work and play in 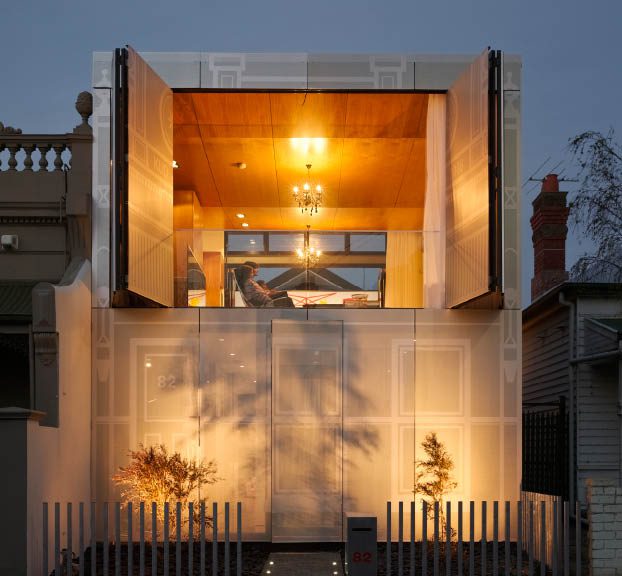 Billy Kavellaris is on a mission; a mission to change how we think about buildings and the nature of architecture itself. Kavellaris first began designing as a child in his parents’ California style bungalow.

Today the 35-year-old designer and founder of Kavellaris Urban Design (KUD) is winning acclaim nationally and internationally. Kavellaris is the face of a new generation of Australian architects whose quest is to challenge formulaic approaches to the unrelenting urban sprawl. The son of parents who migrated from the Peloponnese in the late 1960s, Bill Kavellaris grew up in Reservoir, Victoria.

The debt of gratitude he owes to his mum and dad is passionately felt. “They lived vicariously through me; worked seven days a week to educate me. They did everything they could to put me on the path that I’m today.” An exemplary student at a tender age, the future architect was school captain at Preston Primary. Reservoir High and Ivanhoe Grammar followed.

“I was always drawing,” says Kavellaris, who remembers the delight he felt unfolding his first Staedtler drawing board at the age of 14. He left school in 1994, undertook a drafting diploma and later, interspersed with work for various practices, his Bachelor of Architecture at RMIT.

Between 1996 and 2001 he learned his trade, and simultaneously encountered a commercial architectural ethic driven by formulaic approaches that begged questions for a young designer more enquiring than most. “I was a bit ambitious,” says Kavellaris, with a hint of understatement. “I wanted to be my own boss.” KUD opened its doors in 2002; a ’boutique’ architecture and interior design practice, KUD offered its clients solutions for residential, retail and public buildings, as well as large-scale commercial developments. Within a short time KUD was attracting serious interest and the clients were lining up.

In 2008, Kavellaris realised a very personal project; a new home for his young family. The house that would later be known as The Perforated House, was a brave new interpretation of a single-fronted Victorian terraced house in the Melbourne suburb of Brunswick. The ‘perforation’ refers to the 3mm anodised aluminium screen that Kavellaris created to become the main facade of the house, upon which an image of the traditional features of the Victorian frontage are displayed. The thought-provoking design allowed the facade to change its transparency, enabling the house to appear both solid and translucent and questioning the idea of a static building. Inside and out, the Perforated House illustrated the depth of Kavellaris’ passion for technical innovation.

“Technology is always a driving factor in our work,” says KUD’s founder, who also teaches architecture at Melbourne University. KUD’s slate of projects since 2008 have included a range of ground-breaking works both small and large; apartment complexes, town houses and spectacularly large projects. They include the award-winning Jewel apartments, the centrepiece of a vibrant redefinition of the urban village in Brunswick, and the remarkable and recently commissioned Wills Skypark Tower for Melbourne’s CBD.

On the international front, KUD has been invited to design a $150 million retail and residential complex in Vietnam’s Ho Chi Minh City. Business has never been better. At the heart of Kavellaris’ art is the idea that successful architecture is not about structural decoration or paying lip-service to a notion of heritage. “The more you understand people and cities, how we operate, the better an architect you become,” says Kavellaris. “We need to start planning our urbanism in a much more comprehensive manner and we should have more of a debate on what’s happening. We have a responsibility not just to the client, but a social responsibility – these houses are going to out-live us and our children.”

Kavellaris’ buildings, like those of all great architects, are about stories; stories of how we live and interact, and how the structures we spend time in and move through can make all our stories richer.