New opportunities for Greek Australian cricketers are on the cards, as the Australian Hellenic Cricket Foundation unveils new initiatives 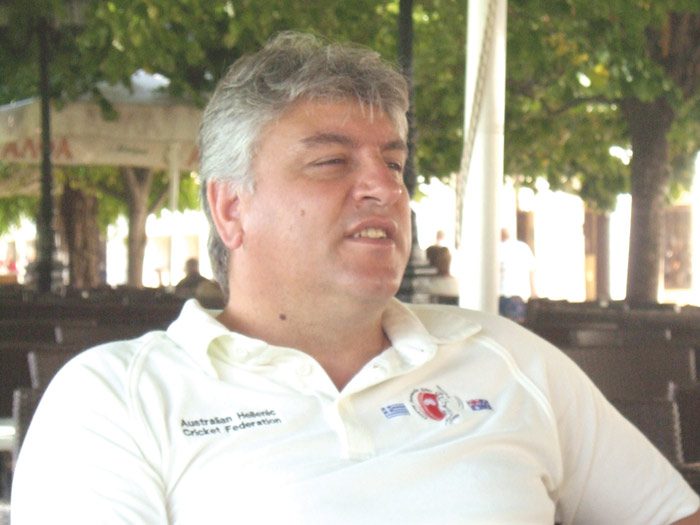 The Australian Hellenic Cricket Federation (AHFC) announced a raft of new initiatives this week to bolster ties between Greece and Australia on the cricketing front. The federation, which began pioneering tours to Greece in 2010, is set to further establish its credentials as Australia’s one-stop-shop for those wanting to play and watch cricket with an Hellenic spin.

The federation’s president Nick Hatzoglou told Neos Kosmos that a 4 Nations Tournament involving Australia, Greece, South Africa and England, will take place in September 2012, and that the AHFC will be putting together packages for three teams representing Australia (Juniors, Seniors and Veterans) and a general package for spectators, who wish to soak up the Ionian sun as they watch, frappe in hand, from the boundary.

Hatzoglou also confirmed that the federation’s plans include having an AHCF website up within months, and that identifying a federation representative for every state was now a priority for the organisation.” “We’ve got people here in Victoria and NSW”, said Nick, “but we need a person on the ground in each state who understands where we’re going. Face to face contact is important.” Under Hatzoglou’s presidency the AHFC has transformed the relationship between Greece and Australia in cricketing terms; offering opportunities for centrally coordinated tours and to smooth the path for Australian players of Greek descent to represent and coach the Greek national team.