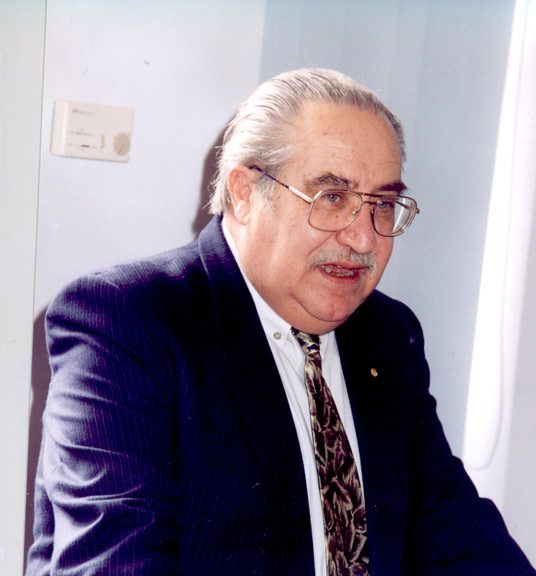 John Basil Salvaris, OAM, has been recognised for his extensive contribution to the Kastellorizian, Greek and Australian communities.

Mr Salvaris who is of Kastellorizian decent, along with his parents and brother migrated to Australia in 1949 from Egypt.

Following his arrival to Australia, he undertook further studies which led him to a career in Science.

In the 1970’s he was an active member of the Hawthorn Lions Club.

He also was a member and Vice President of the Greek Professional Association.

After experiencing the passing of his parents in Australia in the 1960’s and his participation in both Greek and Australian organizations and communities, he became aware of the urgent need for facilities for the care of Greek speaking elderly.

He then established and registered the organization Greek Australian Society for the Care of the Elderly (GASCE) under the Patronage of the Governor of Victoria.

During the 10 years of his Presidency, the organization raised $300,000 by appeal from the Greek Community and the wider Australian Community.

It also secured an Australian Government Grant of $600,000; purchased property in Clayton to build the Hostel Built while commencing running the “Pronia Elderly Hostel” and applied for further government funding to extend the Hostel into a Nursing Home, Fronditha.

In 1988 he received an OAM for services to the elderly and the Greek Community.

Mr Salvaris also served as Committee member and Treasurer for the Kastellorizian Association of Victoria in the late 1980’s and early 1990’s.