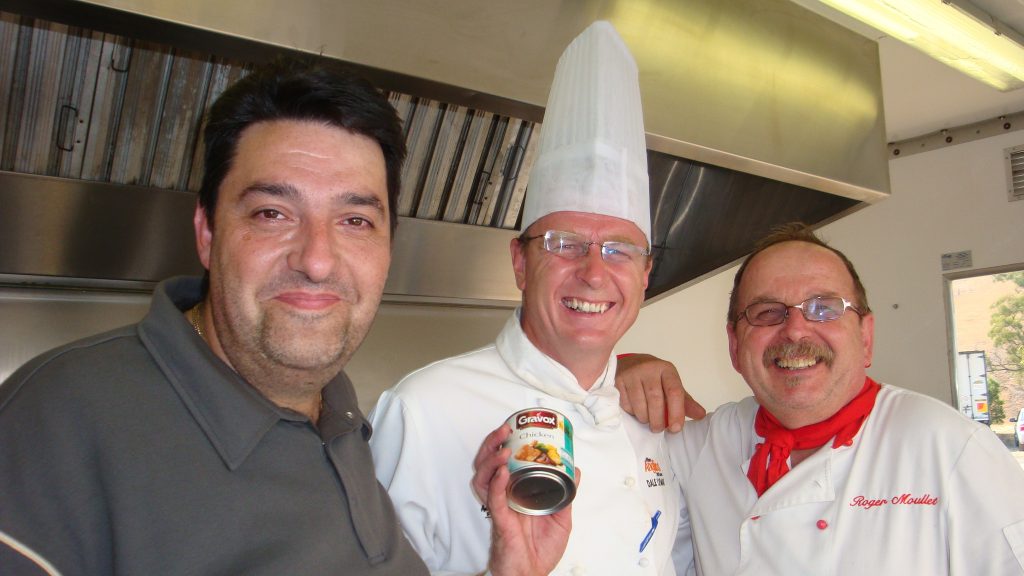 For the first two weeks, local residents depended on the local pub in Flowerdale to seek refuge from the devastation of the fires, to be fed and to act as their community hub.

Hotel publican Stephen Phelan and his wife were relieved of the overwhelming responsibility of feeding over 100 local residents three meals a day when Peter Laliotis and his team of executive chefs, staff, and students set up a large tent dining room in Flowerdale’s ‘temporary village’ two Sundays ago. They have been cooking ever since for the CFA, volunteers and hundreds of victims, that have been left with little more than tents as shelter. Whilst the town requires much work to rebuild it to its former glory, it is a far cry from Laliotis’s first sight on the town.

“It was sheer devastation,” he says, referring to the ashy water, fallen powerlines and the remnants of cars as ‘melted ice-cream’. “At least now we have helped to organise food supplies, power lines and the town is slowly rebuilding.”

Hales Institute was eager to set up in Flowerdale sooner however it took a week to organise the logistics, including the assessment of the area and establishing power and supplies.

“Initially we set up a kitchen (on the 15th and 16th of February)at the Whittlesea Relief Centre, before assisting the takeover of the Kinglake complex by the army. From there we organised the logistics to take over the running of Flowerdale from a food production and distribution perspective. This included selecting and sending food from the Kinglake relief centre to be sent to the town and once we got there, going back and forth from Kinglake to Flowerdale to replenish food supplies.”

Whilst at the army base in Kinglake, Laliotis and a rotating staff and chef roster from Hales Institute cooked over a thousand meals a day for the army and for those taking shelter at the Kinglake Relief Centre.

“One of the hardest things is to keep focussed on what we are doing, and do what we are trained to do without getting emotionally affected,” he says. He goes on to say that, “One of the biggest challenges is cooking with what we have. The first week we had tons of watermelon, and lots of chicken but no spices. When we received a delivery of bananas our executive chefs made banana frappes, which would be hard to find in Melbourne.”

“We have adopted this town [Flowerdale] and are committed to be there as long as it takes, even if it takes 6-12 months,” says the head of Hales In-stitute’s hospitality department.

Hales Institute has raised a couple of thousand dollars for the Victorian Bushfire Appeal though personal donations and funds raised from Salon 55, its hairdressing salon. Managing director of Hale Institute, Spiro Liolios, has vowed to match dollar for dollar the funds raised through the institute.