Sydney Olympic rises up, on and off the park 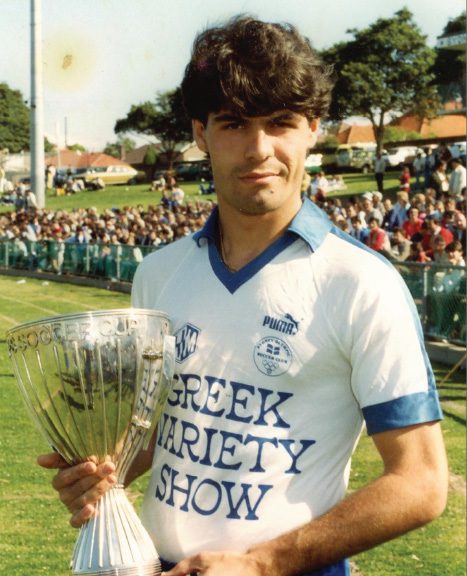 Former NSL giant Sydney Olympic are preparing for the NSWPL Grand Final on Monday 3 October after finishing the 2011 season as minor premiers and are favourites to win the NSWPL title for the first time surprisingly in their history.

This Greek Sydney club has a rich history of success and great former players having won the NSL championship twice and NSL Cup twice and has had famous players such as Jim Patikas, Chris Kalantzis and Peter Katholos representing their club. It is exciting times at Sydney Olympic. Their Belmore Sports Ground, which they share with NRL club Canterbury Bulldogs, has undergone a nine million dollar face lift.

General manager Chris Kalavas is excited the ground will be opened with the Grand Final and is anticipating a huge day for the club, “This is the first final we have made since coming back to the NSWPL since the NSL days and to be hosting it at our newly renovated stadium just makes it a special day for our club. We have been the best team all season having finished minor premiers with a 13 win, 4 draws and 5 losses season and we are confident of taking home the title.”

Key players in the team are American striker Alex Smith, who has scored ten goals this season, ex A League campaigners, Goalkeeper Paul Henderson and defender Brett John Studman and captain Phil Makrys. Sydney Olympic now have the week off and wait to play the winner of Sydney United and Blacktown who square off in the preliminary final. A famous name on their board is Mark Bosnich and experienced football campaigners like former legend Peter Katholos are working close with the club advising on football matters. Former NSL Olympic player Peter Tsekenis is the coach and has marshalled this team brilliantly this year to the Grand Final with the support of assistant coach Peter Papoythis. In the junior ranks the club has 220 juniors but is very ambitious and is aiming for a further 200 juniors within the next 12 months.

The club is heading in the right direction on and off the ground and we at Neos Kosmos wish them the best of luck for the Grand Final.