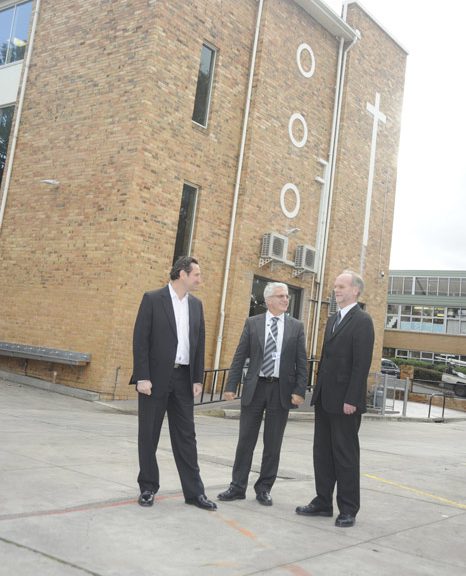 Alphington Grammar School in Melbourne and St Spyridon College in South Australia were the big winners in the latest federal primary school handout with an awarding of $2 million and $850,000 respectively.

The second round handouts of the Primary Schools for the 21st century program were announced on Tuesday, which will see $12.4 billion delivered nationally to renew infrastructure in primary schools.

Alphington Grammar business Manager, Manuel Pappas says that the funding will be used for the construction of five primary classrooms.

“We are optimistic that with the new amendment to planning, the school will receive a planning permit at the same time to build the multi-purpose hall. This should all happen in the next two months,” he said.

“The new building will not only provide new classrooms but also a common learning area and a covered outdoors facility,” added school president, Bill Papastergiadis.” I feel these are very exciting times for the school in its 20 Anniversary Year.”

St Spyridon College Principal, Nick Papageorgiou is grateful for the $850,000 funding, which is the maximum amount that could be granted relative to his school size. The funds will be used to extend the school’s library facilities and multipurpose hall for the purpose of sharing it with the wider community.

“It might be an economic downturn for everyone else but for schools and communities this has been a huge asset. This is going to revitalise a lot of communities,” he said.

St John’s College had last month secured $125,000.00 in the first round of funding which it will use for building upgrades, whilst Oakleigh Greek Orthodox College (OGOC) missed out on both rounds one and two. OGOC principal, Steve Charisis isn’t too worried.

“We will be putting in a comprehensive application for round three, following proper consultation with architects and builders,” he underscored.

“At the moment we are focussing on refurbishing and painting the secondary school, providing a new synthetic turf area and landscaping using the government’s National School Pride grant:”