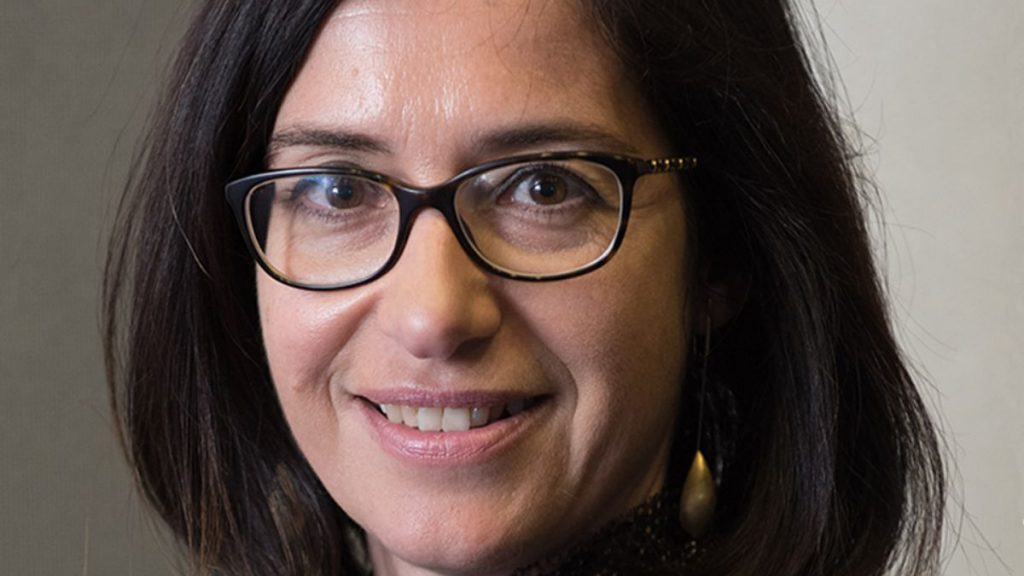 Crime Stoppers Victoria (CSV) is a not-for-profit company, whose vision is to make Victoria safer and more secure, and to reduce the level of crime in our community. One of CSV’s objectives is to encourage engagement with all areas of the community including Victoria’s rich multilingual communities to achieve this vision.

A voluntary Board of Directors is responsible for governing CSV. A Chief Executive Officer manages CSV’s business operations. Kondilo Sideris, a former lawyer and a member of the Greek Australian community, has served as a voluntary Board member and Company Secretary since 2012, and is currently the Deputy Chair of the Board.

We recently had the chance to speak with Ms Sideris about the importance of Crime Stoppers’ work as well as her role on the Board.

How did your background influence your career and formulate your relationship with the Greek Australian community?
Mine’s a very typical first generational Greek-Australian story. Both my parents migrated to Australia from the beautiful Ionian island of Lefkada in the 1950s. They met and married in Australia and settled in country Victoria, as my father had secured work with the now defunct, State Electricity Commission in Yallourn. While there weren’t many Greeks in Moe, our home was our own micro Athani. The first language we spoke was Greek, we thrived on Greek dishes and on Sunday all five children were neatly packed into the family car (a Valiant, no less) to attend church in the neighbouring town. As the daughter of a priest, my mother ensured we had a religious upbringing. Not only were we brought up with strong filial values and a healthy work ethic, our parents believed an education would lead to greater tolerance, more choices for their children and would help us be better citizens. My early family life helped cultivate my sense of justice and by my second year of high school, I was intent on becoming a lawyer, and with my family’s support and encouragement, this goal was reached. I started off in private practice and then worked for Australia Post, initially as a corporate lawyer and then in management.

How would you describe the work of Crime Stoppers, and the organisation’s role in detecting and preventing crimes?
CSV has played an integral role in making Victoria a safer place since its inception 30 years ago. Crime Stoppers is a very unique program as it brings community members, police and media together in partnership to help protect the community, and is the largest not-for-profit crime prevention and crime detection organisation in Victoria.

As a completely independent charitable organisation we work closely with Victoria Police, Government agencies, other not-for-profit organisations, the media and the community to ensure a safer Victoria. CSV gives Victorians a channel to confidentially report information about crime. As such, the Victorian community plays an integral role in helping solve and/or prevent crime and thereby contributes directly to making the community safer.

Information from the community to Crime Stoppers has led to thousands of crimes being solved over the past 30 years – including more than 100 murders – and has assisted to secure justice for thousands of Victorians. In total, more than 931,000 calls and online reports have been made to Crime Stoppers since we took our first call in 1987 – subsequently resulting in more than 21,340 arrests and 85,051 charges laid across the state during that time. It’s estimated that more than 50 per cent of Victoria Police’s overall intelligence holdings now come directly from the community through the Crime Stoppers Program.

CSV also run a plethora of bespoke crime detection, prevention and education campaigns on a variety of topics such as sexual offences, online scams and illegal wildlife trade. For the ninth summer in a row, we are working with Victorians in regional towns and urban-fringe areas to help stay safe during the summer months to prevent reckless bushfires and bushfire arson, and to identify fire offenders. In 2018, we will be working closely with a number of local communities right across Victoria to help address crime on the local level.

You said that you feel privileged to serve as a member of the CSV Board. What is it that sparkled your interest and led you to actively participate in this organisation?
When I was approached by the then Chair, Sal Perna to join the CSV Board, I was keen to expand on my existing voluntary work. It is very satisfying when your values align with those of the organisation you’re working with. And the opportunity to further develop CSV’s governance structure tapped into that intrinsic motivator for me.

Did your passion for serving the greater public good, affect your choice of studying Law?
We are all influenced by the world around us, and a fictional character also weighed in on my decision. When I read To Kill a Mockingbird at the age of 13, Atticus Finch was the kind of lawyer I wanted to be when I grew up. There is no doubt studying and practising law has allowed me to serve others.

Finally, what are your goals for the future, personally and professionally?
Professionally, I aim to take on projects and tasks that have a positive impact. My personal goals, along with my husband, include watching our two children grow up to be happy, well-adjusted contributing members of society.