A taste of Greece, shaken and stirred

Award-winning mixologist Jack Sotti is setting up a pop-up version of his bar, the Boilermaker House, at the Lonsdale Street Greek Festival, serving cocktails with a Greek aftertaste. Whisky and kalamata olives, anyone? When Jack Sotti was approached by the Lonsdale Street Greek Festival with a request to come up with some Greek-inspired cocktails, he did what he always does. “I looked at the brief and I created a big mindmap on a bit of paper and started writing down all these Greek flavours that I’d potentially love to work with,” he explains. “Some of them were quite obvious to work in a drink and others were a bit unusual, like yogurt and kalamata olives.

“When you first think of that, you say that it’s not going to be good to drink. Luckily, I’m of Greek descent, my yiayia is from Athens and my grandfather from Paphos in Cyprus, so I’ve been around these flavours my whole life,” he says.

Then the award-winning bartender, and manager of the Boilermaker House, one of Melbourne’s finest drinkeries, went on to the next step of the process.

“I break down each ingredient and think in which classic cocktail it would work, as a substitute,” he says.

“I came up with 10 ideas and started experimenting on that. It’s a fun process, I spent a whole morning playing around with flavours. I wanted to try and show how you can use Greek flavours to come up with pretty cool cocktails.” He ended up with three different cocktails, which he’ll demonstrate on stage, on Saturday 10 February at 2.30 pm as part of the Procal Greek Kitchen program of the Lonsdale Street Greek Festival.

The first one is “a refreshing highball” loosely inspired by the taste of baklava. It’s made of Maidenii dry vermouth (from Harcourt, Victoria), mastiha, orgeat syrup (with pistachio and honey), lime juice, and honey. If this cocktail is a subtle nod to the beloved dessert, the second one is the complete Greek package in a glass. Using bay leaf-infused gin as a base, this variation of the old Corpse Reviver cocktail from the 1930s features retsina wine, a dash of ouzo and Greek yoghurt – but just the whey – all shaken together, ‘frappe’ style.

Both cocktails are yet to be named (in fact the Greek Centre has a name contest running on their Facebook page, with a prize of a couple of free cocktails), but they will be served during the festival, at the Boilermaker House pop-up bar, and the same goes for the third cocktail, which is “a little more stiff,” according to Jack.

“We’re a whisky bar first and foremost,” he explains his decision to make a variation of classic whisky cocktails such as the Manhattan or the Rob Roy.

“My favourite style of whisky are the smokey ones, the slightly salty, so I’m using Lagavulin with sweet vermouth, a touch of smoked sage and a little teaspoon of kalamata olive syrup that makes the whisky pop.” If a whisky cocktail with a kalamata olive aftertaste was not Greek enough, then how about a tzatziki-nodding beer? Specifically brewed for the festival by Stomping Ground, the Collingwood-based craft brewery, it is a gose-type beer (“which is a sour ale”, Jack explains), with tastes of cucumber and mint, along with lactose sugars.

Will any of these drinks make it to the actual Boilermaker House menu?

“That depends on the feedback,” says Jack. “We always keep a list of all our successful drinks and see how they do.”

Maybe this is why he didn’t choose to go for some of the signature Greek spirits.

“Greek spirits are fantastic, but they are very strong flavoured,” he explains, likening them to the culture of Greece itself.

As for his own relationship with Greek culture, it all comes down to these flavours.

“I’m not a very Greek guy, in the traditional sense,” he says, a bit apologetically, as he talks about his upbringing in North London.

“My father is very Greek and my yiayia, who lived with us, was always there to teach me the Greek ways. Although my Greek-speaking ability is not that good, I’m obsessed with Greek cuisine and the traditional dining.” In fact, Melbourne’s strong Greek community is one of the factors that played a role in his decision to move from London six years ago, when he was looking to make his next step in the hospitality sector, which he loves. “It’s the best job I could ever have asked for,” he says.

“The best thing is probably the reward from happy customers, giving them a little chance to escape from their day-to-day lives, as they sit back and relax and taste what you have created for them.” 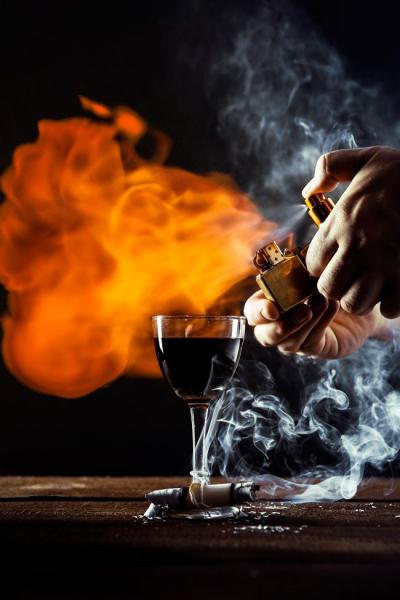 Jack recognises that for most people, hospitality is something they just fall into at university to get a bit of extra money. But not him.

“I fell in love with it pretty much from the moment I started. I became very passionate about different products and started doing a lot of reading and research. I started getting really into cocktails and mixing drinks and I really took a shine to that. Then I suddenly discovered this cocktail competition thing that I didn’t know existed and realised that you can compete in a creative way and started to pursue that pretty heavily and I’ve been doing that for 11 years now.”

This is another thing that made him want to be part of the Lonsdale Street Greek Festival.

“It has been fun to do because I haven’t been this creative for the last year, I’ve been really focusing on the bar’s management and running a business.”
And doing great at it.