Learn the differences between squid, octopus and cuttlefish and how to prepare the sea creatures for a gorgeous Lenten feast 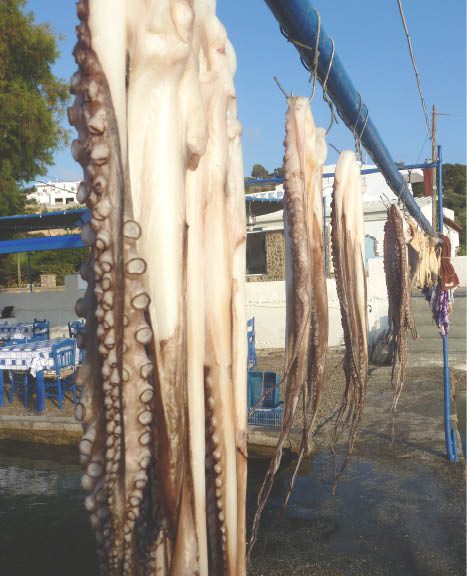 In the Lenten period, foods from the sea makes up most of the 40 day diet. Fish replaces red meat as a regular item in dishes prepared leading up to the Holy Week. Greeks indulge in baked snappers, fish soup, but nothing incites delicacies and gorgeous meze style dining like octopus, calamari and cuttlefish. What we want to do is prove that you can do more than eat grilled octopus, or squid (calamari) and cuttlefish fried.

These three creatures of the ocean are known as cephalopods – which derives from the Greek word, ‘head-footed’, due to their unusual shape that normally consists of a head then tentacle-like feet – with the absence of a body. There are so many more things you can do with these cephalopods, and we are going to try and demystify these curious looking creatures.

One of the main reasons people tend to stay away from preparing foods using cephalopods is because of preparation. Being confronted with a whole squid can be a daunting task. It can also be a slimy task. But like all foods the key is confidence and a bit of insider knowledge. And if all else fails you can always ask your fishmonger for assistance.

Because squid and cuttlefish are so similar, the preparation is pretty much the same. Start by washing the squid or cuttlefish. If you find any ink, make sure you rinse out thoroughly so there is none left. Hold the body firmly and pull away the head and tentacles. If the ink sac is still intact remove it whole, and either discard or keep for cooking if you plan on using it. Gently pull out all the innards and remove the long transparent stick from the middle. Slice the head across just under the eyes, severing the tentacles. Discard the head. Squeeze the tentacles at the head end to push out the round beak in the centre, throw this away. Rinse the pouch and tentacles, drain well and pat dry.

Depending on how you want to prepare your squid or cuttlefish will depend on how you continue with the preparation. If you want to stuff you squid, then leave the pouch whole, if you want to fry it up, slice it into rings. You can use the tentacles for frying too, or chopped into smaller lengths.

Squid is very popular in Greece, with its sweet almost aniseed flavour. Lightly fried squid rings make the perfect meze for a light meal and is quite popular for a lunch with salad. But in wintertime in Greece, fried squid is served with a cannellini bean soup. Squid can also be stuffed with feta, spinach or whatever may be seasonal.
Cuttlefish is a tender fish that has a sweet flavour. It is normally fried as well, but can also be used for stews and casseroles. Cuttlefish is perfect in pilaffs and goes hand-in-hand with spinach.

Octopus is a whole other beast of the sea. Large octopus needs to be tenderised before cooking or else it’s inedible.

In Greece, octopus is tenderised by being beaten against a rock then rested, that’s why you see so many images of octopus hanging just of the edges of coastal eateries. You can still try and tenderise octopus at home by letting it boil in its own juices over a low heat for as many hours as you can. The only problem is you will need a pot big enough to fit the whole octopus in. But if this is too difficult, a frozen option is perfectly fine as well.

Baby octopus is a great little starter to a meal. Marinated in olive oil and oregano, pan-fried and served with lemon makes the perfect accompaniment to a late night ouzo. Raw octopus is served in tavernas in slices with olive oil and lemon juice as a meze, or grilled. It can also be pickled or skinned and sliced and served in salads. Octopus is great braised as the more tender the better it is to eat. So braised with vinegar, tomatoes, onion and flavoured with all spice and cinnamon makes a great fasting meal.