When Andreas Papadakis arrived in Australia in July 2012 to visit his mother’s country of birth and explore business opportunities Down Under, he never anticipated that within two years from opening his first Greek restaurant, Meze Mazi, it would be featured in the list of Australia’s Top 500 Restaurants 2018, as published by the Australian Financial Review.

“I’m very happy and proud that for two consecutive years our restaurant was the only Greek restaurant in South Australia to be recognised as one of the best in the country,” says 32-year-old Andreas whose dream was to open up a restaurant in Australia that would offer customers a holistic and unique Greek dining experience.
Meze Mazi opened its doors in November 2015. “For us to be included in the AFR list is more a testament to the hard work we have put in so that every customer that walks through our doors can experience high quality Greek food away from Greece,” says Andreas who credits the restaurant’s success mainly to his staff and in particular to Greek chef Nikos Marinos who comes from the peninsula of Halkidiki.

“In my humble opinion, Nikos is one of the best chefs in Australia because he combines his knowledge of Greek traditional cuisine with his passion for work and takes pride in what he presents to our customers. Together with the rest of our fantastic chefs, the team knows that quality and consistency is the key to success. “We also have a strong front of house team that consists mainly of newcomers from Greece and Australian-born Greeks that ensure our customers come to the restaurant to get away, relax and be part of a great dining experience,” says Papadakis who comes from the island of Crete.

As per this year’s AFR’s official announcement, firstly, an expert team of Good Food Guide editors, reviewers and industry experts shortlisted those 500 restaurants in Australia that displayed a high level of quality and consistency across the whole aspect of the dining experience, ranging from the fresh produce on their seasonal menus to the selection of their wines and drink beverages.

In turn, each of those restaurants are expected to vote for their peers on the list, resulting in the annual ranking of Australia’s Top 100 Restaurants.

The results – the industry’s highest honours – will be unveiled by the Australian Financial Review at a gala event which will be held in Sydney in July.

With hundreds of new entries from all over the country, this year’s competition is expected to be high.

“We are competing against some iconic and innovative venues all over the country for our ability to consistently deliver world-class standards across every aspect of dining and we are hoping to make the ‘100’ list,” says Papadakis, who studied accounting in Athens and prior to migrating to Australia worked in his father’s family business based in the coastal district of Palaio Faliro in the south of Athens. “I love Greece and I miss my family but I have decided to stay permanently in Australia because the current economic environment and investment opportunities here give me more confidence regarding my business activity, especially now that I have my own family to look after,” says Papadakis who recently became a father to a little daughter, Katia.

“I have my wife and our baby girl now and also my business, that’s currently my second baby, and my goal is to watch them both grow before making the next move,” concludes the young restauranteur. 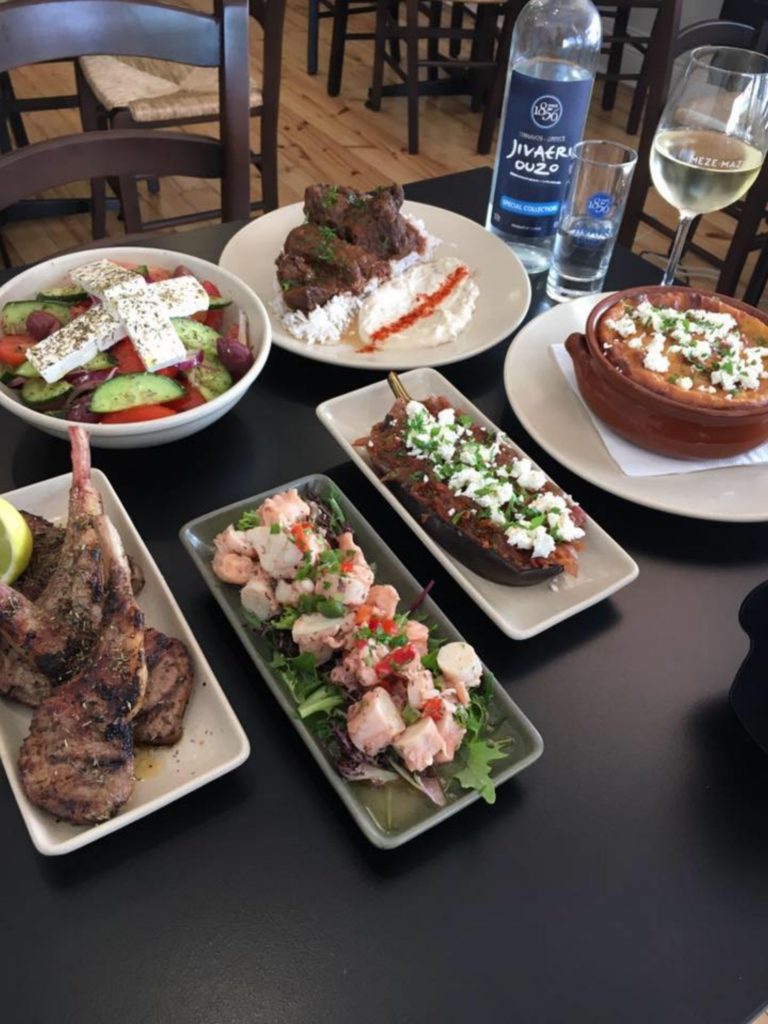