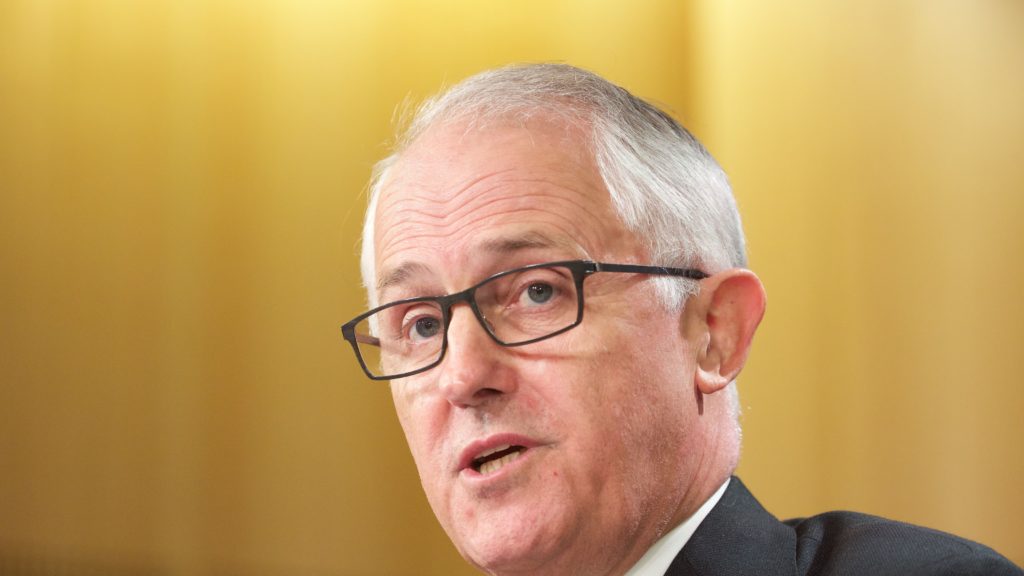 With friends like the former Prime Minister Tony Abbott, who needs enemies?

The proposed Ramsay Centre for Western Civilisation at the Australian National University (ANU) died in the trench warfare between the post-modern left and the new right.

Late last year there was an announcement that the ANU would host the Ramsay Centre for Western Civilisation, but sadly the cultural left and cultural right ensured that no such centre would be established.

According to The Australian the ANU incoming history department head Professor Frank Bongiorno “defended the institution’s handling of failed negotiations with the Ramsay Centre, pointing the finger at its director, former prime minister Tony Abbott, and his “aggressive” commentary about the centre’s intentions.”

Abbott saw the proposed Ramsay Centre as an antidote to PC culture. It may have been a good one, if he was less enthusiastic about whitening it. Western civilisation suffers from its conservative supporters as it does from postmodernists. Universalism seems to be dying.

Abbott, a big ‘C’ conservative, inculcates the ‘west’ with Anglo values. I heard Abbott, then as the prime minister, launch the Melbourne Greek Antipodes Festival.

He cherry picked democracy, freedom, liberty, honour and the individual. Abbott may not be as keen to honour Greek sexual festivals, tyrannies, polyamory, homoerotic ‘Soldier Love’, the birth of theatre, or martial communalism.

For example Abbott, as someone who may see himself as Spartan, did not talk of Spartan men who were separated from women since the age of seven. Or how homosexual they were. Nor did he refer to Spartan women who were free (in comparison to Athenian women) and participated in a “tough regimen of physical training, including martial arts.” Lycurgus, the Spartan law giver “tried to eliminate femininity in women, allowing them to parade around naked, to participate in signing and dancing…” (Davis, Cartledge etal)

Aristotle, the prude, saw Spartan women as a reason for Sparta’s decline. Plutarch disagreed, seeing them as a foundation. Now, there’s an argument for Abbott and Western Civilisation.

It is hard to even guess what colour Greeks were, or are. Aesop was black African. A mere cursory look at my family will reveal African, Asian, Saxon, Slavic and Saxon genes. Hellenism was never premised on colour. I am not sure when we became ‘white’. We, and the Italians, were limited from entering Australia, America and Canada during their immigration restriction acts of the early 1900s because we were not as ‘white’.

She properly writes that the historic intersection between west and east is not understood. Yet, she writes; “For example, in 2016 nearly half of all preschool children in NSW came from language backgrounds other than English. Universities will eventually need to cater to these students as they make their way through the education system.”

Why would a Chinese, African, and an Indigenous student not find relevance in Western civilisations? Hellenic and ‘western’ civilisation had deep links with China, Africa and India stretching back to at least 1000 BCE.

Equally, why can’t we all benefit from the study of Chinese, African and Indian and other civilisations? Australia has some of the largest populations of Greek and Italian speakers in the world. Should they not be interested in their own culture? Western civilisation should be critiqued, but surely one should know what they are criticising.

Coleborne, like Abbott and postmodernists, seems to view the ‘west’ through British eyes. “For instance, the 19th-century Ottoman empire, which included parts of western Asia, Africa, and eastern Europe, was seen as an eastern civilisation. But in fact, it was never separate from the west: its peoples and cultures interacted with western European peoples and cultures.”

Sadly though most of the humanities in Australian academies fail to examine much outside the canon of Fanon, Foucault, Adorno, or Said. These very western thinkers do not represent the complexity of ‘western civilisation’ or thought.

Notions of ‘cultural appropriation’ are complex but I believe we need dialogue (Greek word) on our words and culture, on our ‘intangible cultural heritage’. These ‘culture wars’ seem to never include us, the Greeks.

Our humanities now seem unable to question the postmodern dogma. Any questioning and the Stymphalian Birds of ‘misogyny’, ‘patriarchy’, (Greek words), and ‘de-colonisation’ are unleashed. These words are like cocaine. A great hit, that induces dangerous paranoia with overuse.

Greek Dialectic, διαλεκτική, emerged around 700BCE in by a simple question, ‘Why?’ Philosophy was seeded among Greeks emerging from the Greek Dark Ages around the Egyptian-Greek settlement of Naucratis a city “steeped in thought and culture of both Egypt…and Mesopotamia.” The late art critic specialising in non-western art, Thomas McEvilley in The Shape of Ancient Thought: Comparative Studies in Greek and Indian Philosophy, writes that Greek and Indian civilisations began as one. They influenced each other from the Bronze and Iron Age through to the Byzantium. Hellenes leaving the eastern Byzantium after the Ottoman take-over seeded the Renaissance. McEvilley’s thesis challenges Huntington, Abbott, Eltham and others who may see Greece as the ‘west’, or India as ‘east’. Greek and Indian nationalists disagree with that position. I add China and Africa, as we linked with China and Africa thousands of years before the Portuguese, Spaniards, French and English landed on those continents.

If pre-Socratic philosophy was seeded by Indian philosophy, in return Greek logic and scepticism impacted on India, Hinduism and Buddhism as well as, Indian and Chinese art. Big ‘C’ conservatives prepared to save the ‘west’ while postmodernists seem ready to annihilate it and both succeed in fostering intolerance.
The Cosmic Person, or Macranthopus, emerges across Mesopotamia and India about 1000BCE and finds its way into Bronze Age Hellenic civilisations through Persia.

Many First Nations people, Chinese, African and Greek all share mythologies. Artemis, for example, the goddess of the hunt and “and fierce protectress of innocent young women” demands that Callisto the most beautiful of her handmaidens takes a vow of chastity. Zeus tricks Callisto into giving up her virginity, and she gives birth to Arcas. Zeus’ wife Hera morphs Callisto into a bear and expels her to the mountains. Arcas now a hunter happens on a bear that greets him with outstretched arms. Not recognizing his mother, he takes aim with his spear, but Zeus comes to the rescue. He transforms Callisto into the constellation Ursa Major, or “great bear,” and places Arcas nearby as Ursa Minor, the “little bear.” The Iroquois tell a comparable tale. Three hunters pursue a bear; the blood of the wounded animal colours the leaves of the autumnal forest. The bear climbs a mountain and leaps into the sky. The hunters and the animal become the constellation Ursa Major. Among the Finno-Ugric tribes of Siberia, the pursued animal is an elk and takes the for of Ursa Major.

I am not an expert, but Indigenous Australian myths may share similar bases. The mythical king of Athens was half snake half man, Cecrops. The name is not of Greek origin and may mean ‘tail-face’ as he had his top half shaped like a man and the bottom half in serpent. What wonder it would have been if a centre for Western Civilisation incorporated the universality of our human mythologies? We did that once us Greeks, thus the impact of our civilisation.

Our humanities now seem unable to question the postmodern dogma. Any questioning and the Stymphalian Birds of ‘misogyny’, ‘patriarchy’, (Greek words), and ‘de-colonisation’ are unleashed. These words are like cocaine. A great hit, that induces dangerous paranoia with overuse.

On the other side, a critique of 19th Century British notions of a white ‘west’ brings out conservative warriors, cross and sword at hand. It is no wonder the British believe that our Parthenon Marbles belong to them and not to us – the not so ‘western’ Greeks.

Hellenic words and systems are incorporated into the known civic world, from east to west, north to south. We cannot reclaim them now. However, it would be interesting if we sought compensation for their appropriation by the cultural left and right. Alas, it is our gift and our agora is open to all.

German, English, French archaeologists in the 18th and 19th Centuries who found faded statues that were once painted black, auburn and rust. That was how they created their myth of whiteness and sold us back their ‘west’.

Many modern Greeks bought the ruse understandably as we sought to shake off our colonial rulers the Ottomans in the 19th Century. We built a Modern Greece founded on second hand Anglo-German-French European views of our culture and our history.

We honour them for sculpting some of our values into their political and cultural architecture. We also honour the Arabs for saving our knowledge from western Christian denigration. In return, we gave them Aristotle (sorry) and ‘free will’. We honour our colonial masters the Ottoman Empire for the Orthodox millet and that cage fight between Hellenism and Eastern Orthodoxy that continues. We, as Greeks, need to honour the Indigenous Australians, as part of our civilisation.

We, began as Indo-European tribes in Asia. We ended up on rocky outcrops of the Mediterranean. Our Hellenic Diaspora from Athens to Moscow, from Kenya to Sudan, from New York to Melbourne is linked by language and customs.

Because we had no Euphrates, no Nile, and no mass agriculture, our kingdoms were poor and small, unlike those of Africa and Asia. We fashioned civilisation on free trade on fast boats, and built city-states founded on laws based on argument. We were sponges and created syncretism between east and west, south and north.

Our uniqueness is the recognition of argument as essential. Dialectic is our way. So, promoting and/or blocking new learning centres about us, but not from us, is an outcome of tyranny. A tyranny is born of resentful new left and new right.

Sadly, as Greeks we know that tyranny it is not imposed from the top, or the outside, but from the inside.