The verdict is in: Mav’s wins People’s Choice at Golden Plate Awards 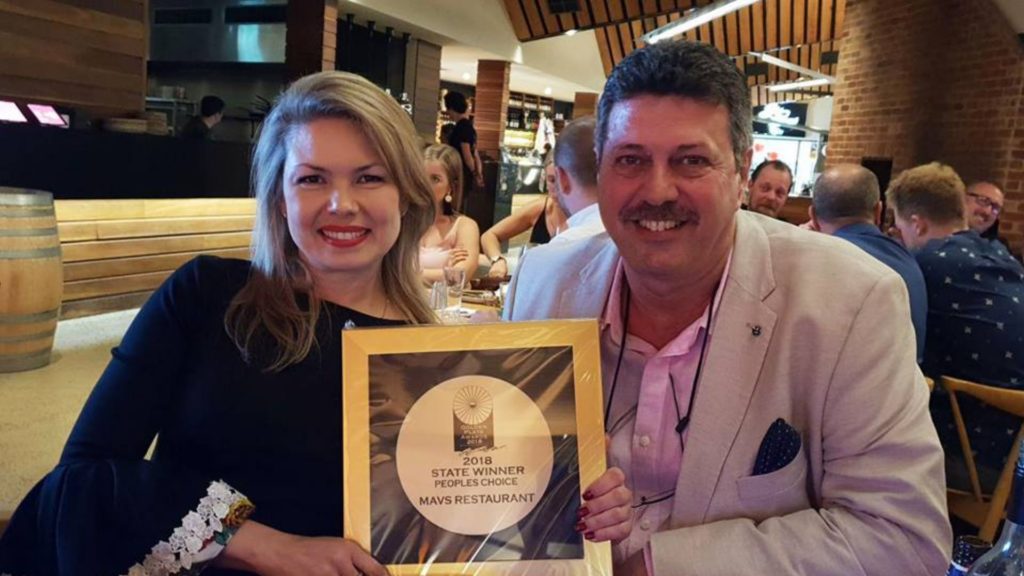 Just 15 months since opening the doors to Geelong’s first Greek restaurant, husband and wife duo Milton Mavromoustakos and Julia are already reaping the rewards of their labour.

Earlier this month, the owner’s of Mav’s Greek Restaurant took out first prize in the People’s Choice Award category at the Golden Plate Awards – an experience Milton enthusiastically describes as “unbelievable”.

“After 15 months of hard work it feels good. It’s just a new restaurant and the hard work paid off,” Milton tells Neos Kosmos.

The couple moved from Greece to Australia eight years ago, and entered the local hospitality scene with a fish and chip shop in Ocean Grove. But with years of experience under his belt as a chef and dietitian in his hometown of Rhodes, when the opportunity to arose to pursue a dream of opening up Mav’s, his love for quality produce saw him jump at the opportunity. The kitchen headed by Milton with a team of three other Greek chefs, offer customers a regular lunch and dinner menu of favourites with plans to launched a series of specials just in time for summer.

A waterfront city, it’s only fitting that fresh seafood features heavily including the likes of oysters a la grecque and a delicious salmon pasta.

“It’s a big passion. I get up in the morning and the only thing I think about is coming to the restaurant and getting prepared to give the best we can to the people. I think we’re one of the best restaurants with customer service in Geelong. It’s appreciation for the support we get,” Milton explains.

That’s what makes taking out the People’s Choice Award particularly special, the couple having received overwhelming support from both the local community and beyond.

“We really appreciate the support we’ve had from people in Geelong. We’ve even got customers who come from Melbourne just for us,” he says.

“This couldn’t of happened without the support of our amazing customers, so thank you to everyone who voted.”