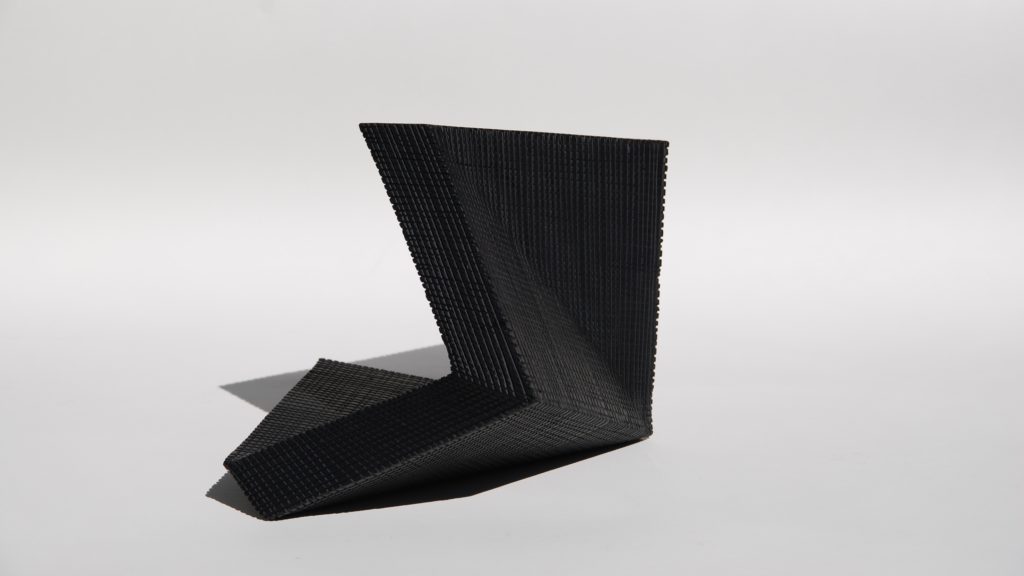 Chris Raks is well known for his large-scale public works in Melbourne and Sydney, and for his interior architectures. His work takes on mass proportionality in stately homes, in commercial and public buildings. Yet, this time Raks has invested time in creating small works and in a way, deals with the ancient complexities of the cube, or kivos.

This is a dramatic departure as he points out to Neos Kosmos English Edition (NKEE), “I am used to working on a big and large commission but I want to condense energy to a point,” he says,  “I want to start from a point and work outwards just like my ancient cohorts.”

The Delian problem, as it is referred to, is the problem of squaring the circle which was to become the most famous in modern times among amateur mathematicians – the problem of doubling the cube was certainly the more famous in the time of the ancient Greeks.  Eratosthenes (276 BCE – 194 BCE) writes that when a god proclaimed to the Delians through the oracle that, in order to get rid of a plague, they should construct an altar double that of the existing one, their craftsmen fell into great perplexity in their efforts to discover how a solid could be made the double of a similar solid.

Plato said that the oracle meant, not that the god wanted an altar of double the size, but that he wished to shame the Greeks for their neglect of mathematics and their contempt of geometry. Raks is dealing with his own Delian challenge, “The cube, or the kivos, is a perfect piece of energy. It has been that since the time of the ancient Greeks and it fascinates me.”

He adds, “In contrasts, it requires me to tightened up. When you get large you get too loose, too comfortable. I want to add significant pressure.”
This is Raks’ attempt at small-scale works and it is a real challenge, “This is my first foray into small-scale works and it’s intense. I have to invest a whole lot of energy and begin from a tiny dot, a point and work outwards.

Kivos opens on March 4 at the Anita Traverso Gallery.