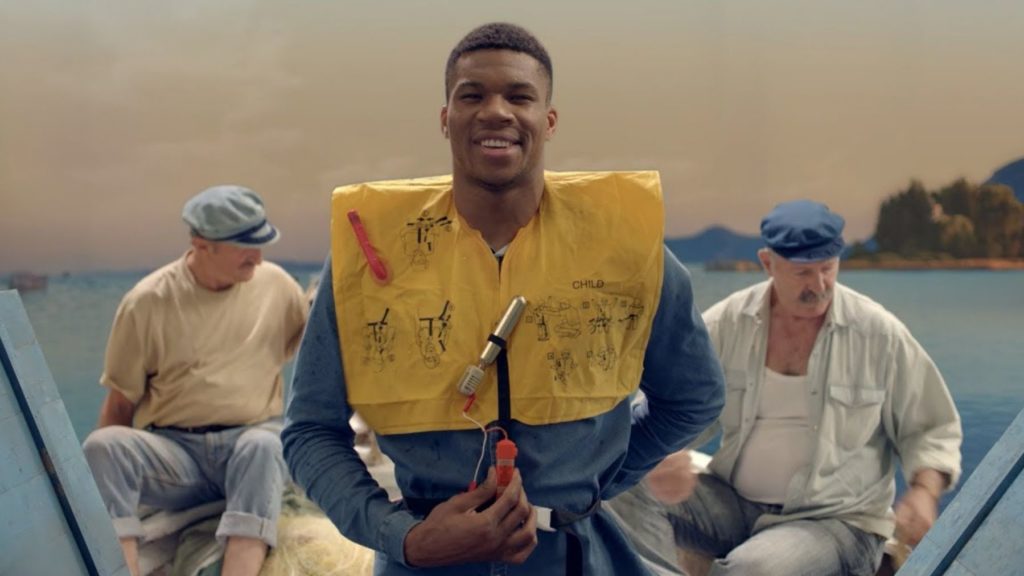 While airline safety videos are vital, there’s no denying that they can be dull at the best of times.

But Aegean Airlines is setting a new bench mark with their latest offering, which features none other than basketball superstar Giannis Antentokounmpo, aka the ‘Greek Freak’.

Released on Tuesday, the video sees the Milwaukee Bucks star demonstrating aircraft safety with a bit of theatre.

Antetokounmpo shows passengers how to fasten their seat belt – which is being used in a game of tug-of-war; he models how to use an oxygen mask seated next to elderly Greek women as they complete hand embroidery; and he shows the components of a life jacket, which is handed to him by a Greek fisherman, before being reminded by a fellow ‘passenger’ to turn off his electronic device.

The Aegean Airlines video, which goes for almost two-and-a-half minutes, ends with the young star giving his charismatic smile and wishing passengers ‘a nice flight’.

This is not your average safety video. But don’t take our word for it – watch it below.