A late bloomer when it comes to politics, the Greek Australian MP is ending her first parliamentary term leaving a much greater legacy than one would have imagined 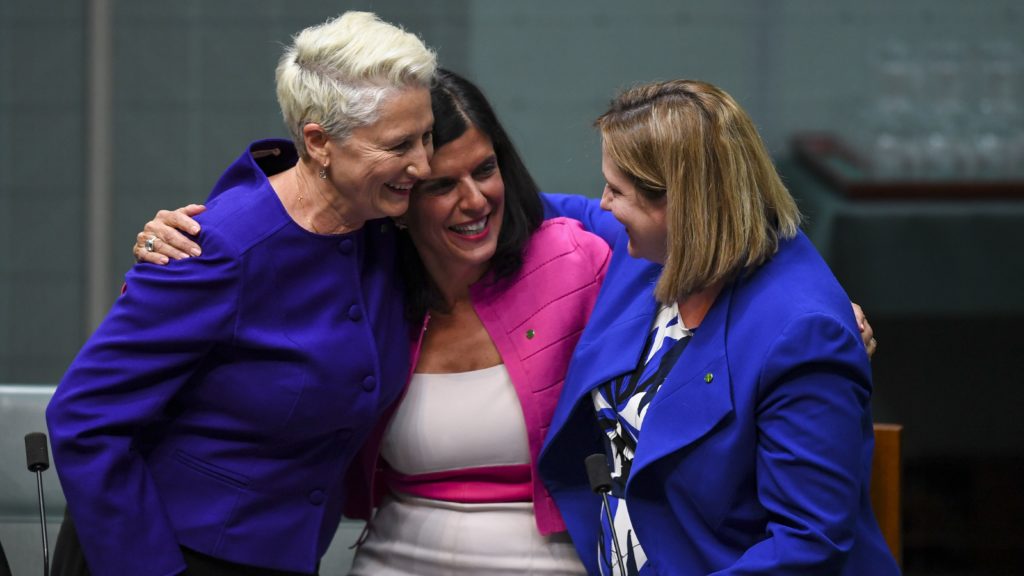 For the majority of the Greek Australian community – those of them, at least, who bother to follow politics – Julia Banks will forever be remembered as the MP who brought a sitting Prime Minister to Oakleigh, in July 2016.

It was not a coincidence. Having just secured his re-election, Malcolm Turnbull decided to celebrate his victory with a cup of Greek coffee, among the constituents who made this victory possible, in a symbolic gesture of acknowledgement that his government was indebted to the successful campaign of this Greek Australian MP.

After all, Julia Banks was the only Coalition candidate who managed to take a seat from Labor, in 2016 even by a margin of 1.6 per cent. That was a significant accomplishment for a new MP – and for the next couple of years it probably remained her sole political accomplishment.

Her tenure as a Coalition MP had been unremarkable – which is not unusual, of course; apart from a loud minority of heavily promoted by the media MPs, most of the parliamentarians are colourless and odourless unknowns, grey faces whose lives are spent in boring discussions and exhausting paperwork.

Then the leadership spill happened – and out of the ashes of the Turnbull government, a new Julia Banks arose, phoenix-like. During these months, not even half a year ago, the now-independent MP managed to make a greater impact on the Australian politics than anyone would have imagined when she won a seat in the house – and arguably more than most of the sitting MPs could claim for themselves.

Her first shining moment came, of course, with her resignation from the Liberal Party, which she accused of condoning a sexist culture that allowed for her to be bullied during the party’s leadership spill.

And then the Medical Evacuation bill was voted this week, becoming a federal law that allows doctors to finally get to give sick people in detention centres the care and treatment they need. Introduced by Independent MP Kerry Phelps – who, let’s not forget, won the seat evacuated by Malcolm Turnbull – and lodged with the support of Julia Banks, the bill united the opposition parties and independents. The vote to ratify it effectively became a moment of historical significance, marking the first time in 90 years a sitting government loses a vote on its own legislation. That is something that mostly concerns – and affects – small-time politics really, and it proves the viewpoint of those who believe that Julia Banks is Malcolm Turnbull’s ‘Lady Vengeance’ – a rather derogatory and sexist term (more on that later).

The Medevac law also marks the first time a crack appears in the otherwise cemented ‘operation sovereign borders’ policy that has ‘stopped the boats’ but also seen Australia criticised for human rights violations from the United Nations’ Human Rights Commission, which has called for offshore detention to stop.

Whatever happens in Australian politics, whichever party wins the next elections, it is all but certain that a more humane approach towards asylum seekers is in order – and that is partly due to Ms Banks’ recent work.

But her main legacy, as her first parliamentary term approaches its end, will certainly be her resignation speech – her first shining moment, and still the brightest.

Bringing to light the inherent sexism that permeates the Coalition MPs interactions, she revealed a culture that has long poisoned politics in Australia. In a sense, her resignation was more impactful than Julia Gillard’s now-iconic misogyny speech, because it has already caused waves within her former party. The Coalition is struggling to find women to seek election and high-ranking politicians are evacuating their seats. All future decisions – and preselection procedures – will be inevitably measured against Julia Banks’ condemnation of the party’s culture. This is not a bad legacy for any politician.

Surely, real change will take much longer to happen – both in regards to the refugee crisis and the parliament’s gender culture.

But seeing someone take a stand, getting out of their comfort zone, is important – and inspiring for all of us. If a formerly unremarkable party soldier can do it, so can anyone of us.