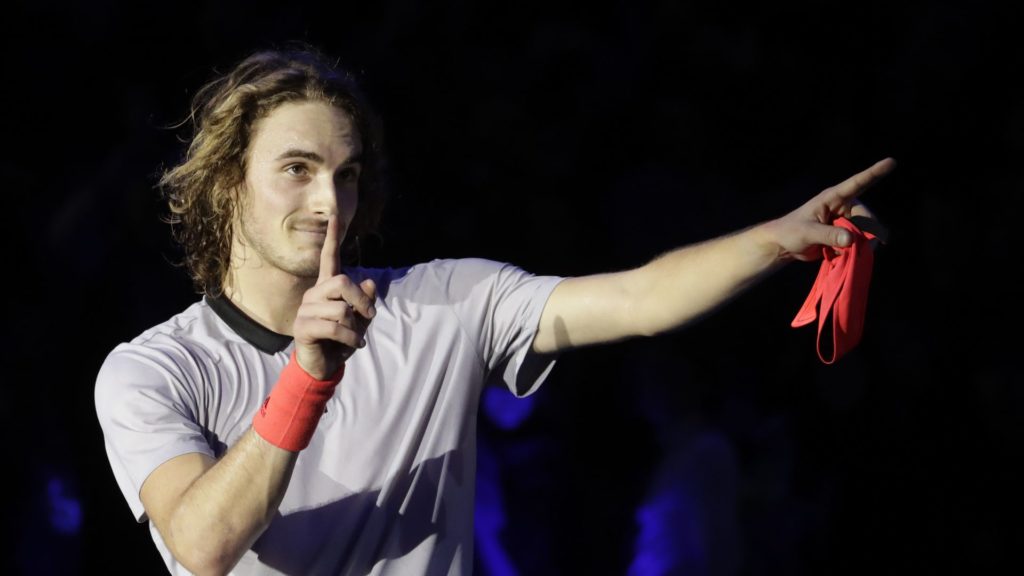 Greek tennis star Stefanos Tsitsipas has been rising through the rankings since the start of 2019, but this has not been without its drawbacks.

The 20-year-old is on the verge of breaking through into the top 10 for the first time and is about to play the Fever-Tree Championships at Queen’s Club for the first time. His style is suited to grass and hopes for a good result are high.

His game with Roger Federer at the Australian Open made him a world celebrity with NBA player Giannis Antetokoumpo describing him as the ‘Greek freak’ of tennis.

The limelight hasn’t been easy, however with Tsitsipas having attracted 40,000 more Twitter followers since the start of 2019 bringing the total to more than 82,500, and he is nearing 500,000 followers on Instagram and has almost 80,000 Facebook likes.

“All the attention was not easy to deal with. I can tell you that. People pay attention now. That’s why I turned off my social media and my phone completely. I was so tired by all this noise on  social media,” The Khaleej Times quoted Tsitsipas as saying.

He has said that his break from social media has helped him mentally and he has become more outgoing as a person since he put an end to this distraction.

“I was just sick and tired of all those messages, all those people talking about me. All the notifications I was receiving, like, I felt my brain blocked. I felt like I couldn’t process all of that information coming to me,” he said.

“I said that it’s enough, I had enough of that. Do it like the old way. Do it like players used to play, 30 years ago, with no phones. I think they were pretty okay,” he said.

He believes that his tennis playing has improved since he started the social media break.