Religious cuisine and the supernatural at kolyva-making workshop in Altona The Greek word for funeral κηδεία (kidia) derives from the verb κήδομαι (kidome) that means to attend to or take care of someone. Fittingly, the Greek funeral process is marked by caring tribute and there are many traditions involved as part of the process.

One of the oldest rituals is that of kolyva (boiled wheat memorial food), a mournful but sweet treat that is shared out among family and friends after funerals and during memorial services. The custom predates Christianity and was offered during the pagan celebration of anthesteria that included a festival of the dead.

Father George Frangos states that Christians make kolyva to remember their loved ones after they have departed from the world. Each ingredient bears its own message. For instance, wheat is a symbol of regeneration as our soul travels from this life to the next. But despite the age-old custom of kolyva-making, many of its secrets are being lost as the younger generation loses touch with its traditions.

In order to rejuvenate interest, Father George hosted a kolyva master class with cooking demonstrations and a talk about the importance of the dish at the Greek Orthodox Church of North Altona and Districts.

Around 50 people attended from all around Melbourne, as far as Templestowe and even Greece and Israel – watching the event livestreamed. And many more who could not attend had shown interest. In fact, so much so that another workshop is on the cards.

“Through this workshop we’re seeing that people have an interest in reconnecting with church traditions,” Father George said.

“We’re just offering the opportunity, and they’re jumping on board.”

But there was more to it than kolyva-making. While folding in sweet ingredients and ensuring the right texture was kept – people started talking about their own experiences with death and loved ones and shared their stories, salty with a few tears.

“As the evening progressed they began to get to know each other and share their stories of loss, and that was therapeutic,” Father Frangos said.

Prayer, penance and remembrance are one thing but the workshop also offered social opportunities. “It is a chance for people to break out of the daily grind and have some fun as well,” he said.

There’s a wise Greek saying that every wedding has some tears and funerals have some laughter. And this could be seen as people bonded and shared some camaraderie while creating the sustenance-filled dish associated with death and mourning.

“It was always at the back of my mind to create the workshop,” said the parish priest, and it finally came about following people’s questions about kolyva and other recipes associated with religion. There have already been workshops focused on prosforo bread and plans for pites and nystisima (Lenten food) are underway as well as another cooking class with kolyva following the huge success of this one, hopefully before the Saturdays of souls end.

“Traditionally Saturday of souls was founded by the Church Fathers to commemorate those who passed but didn’t have loved ones to honour them,” Father George said. “The prayers were for people who died in wars and at sea. The church dedicated prayers to them ahead of the period of Lent so that they can be remembered and prayed for in the spirit of unconditional love that is such a big part of our religion.”

The first Saturday of souls took place this year on 2 and 9 March, and another is today. 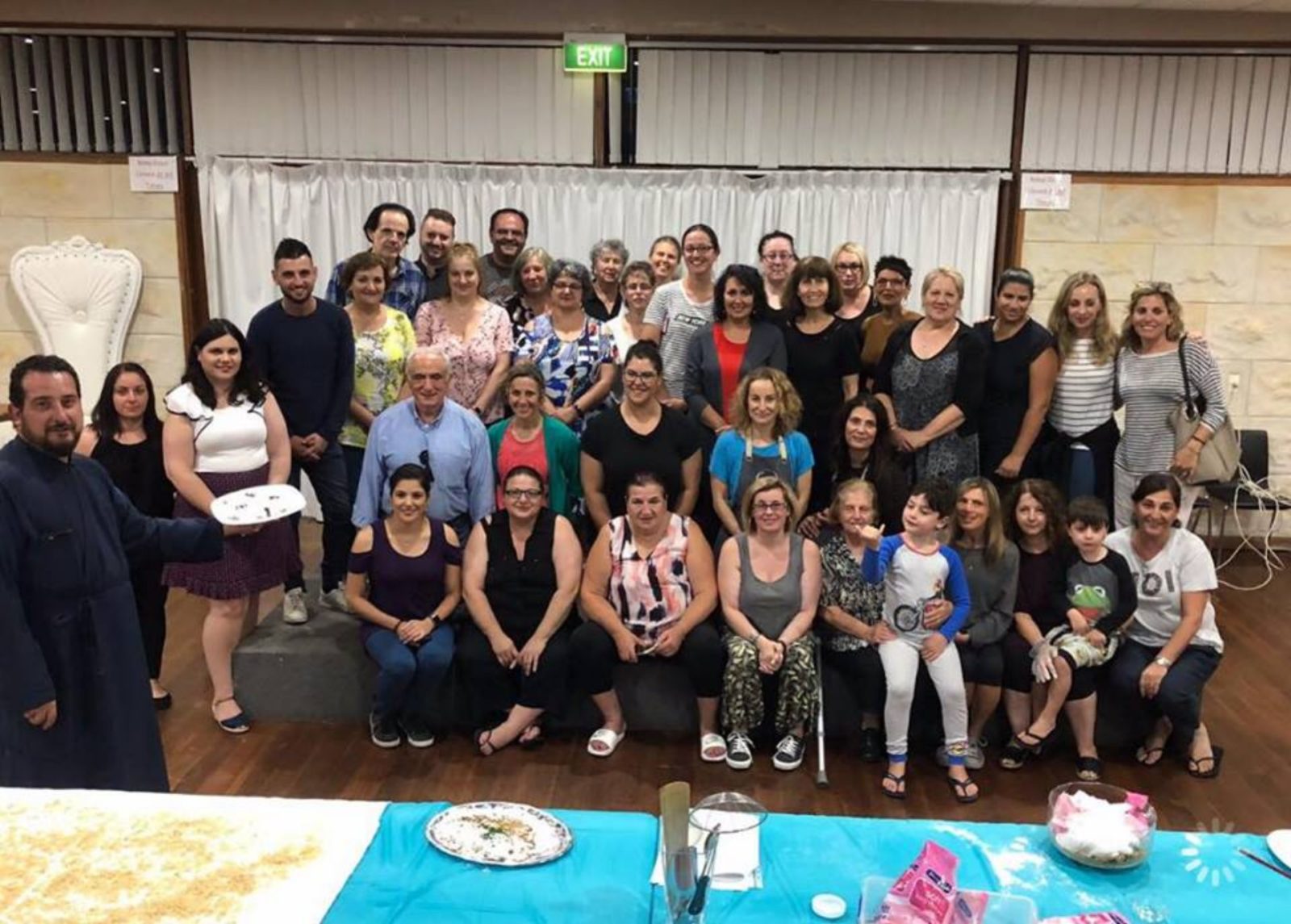 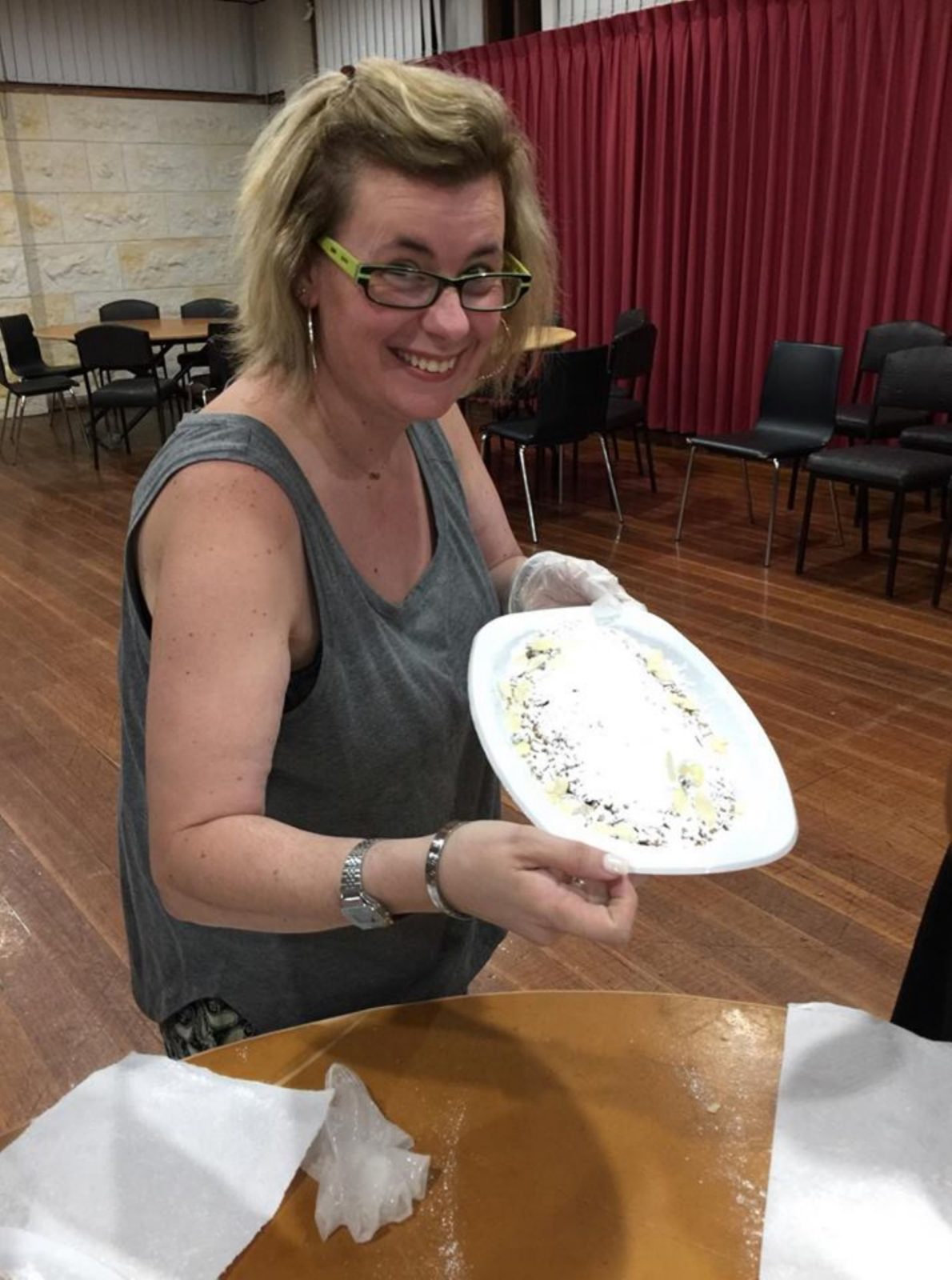 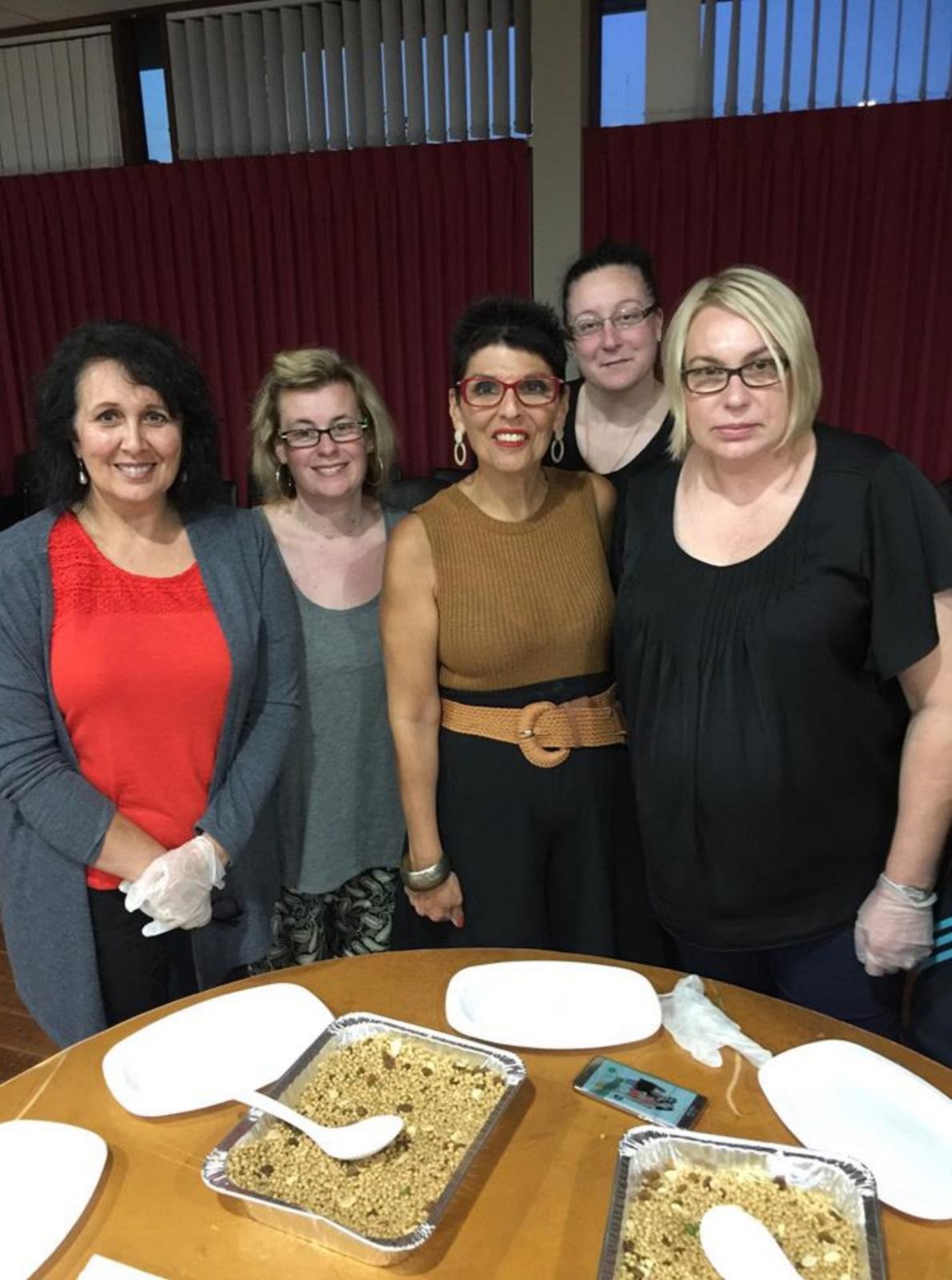 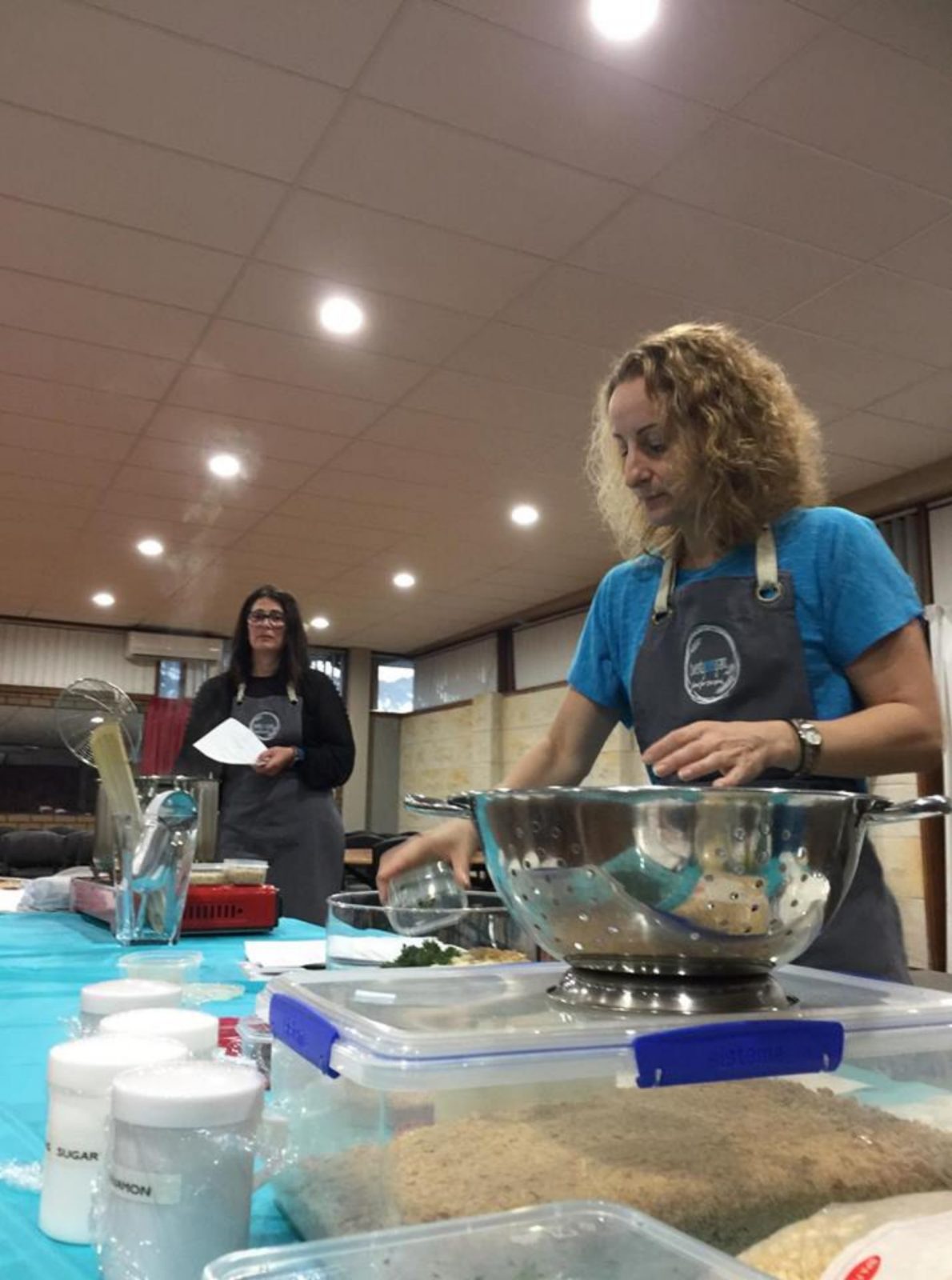 Lots of fun at the Kolyva-making master class at Altona. 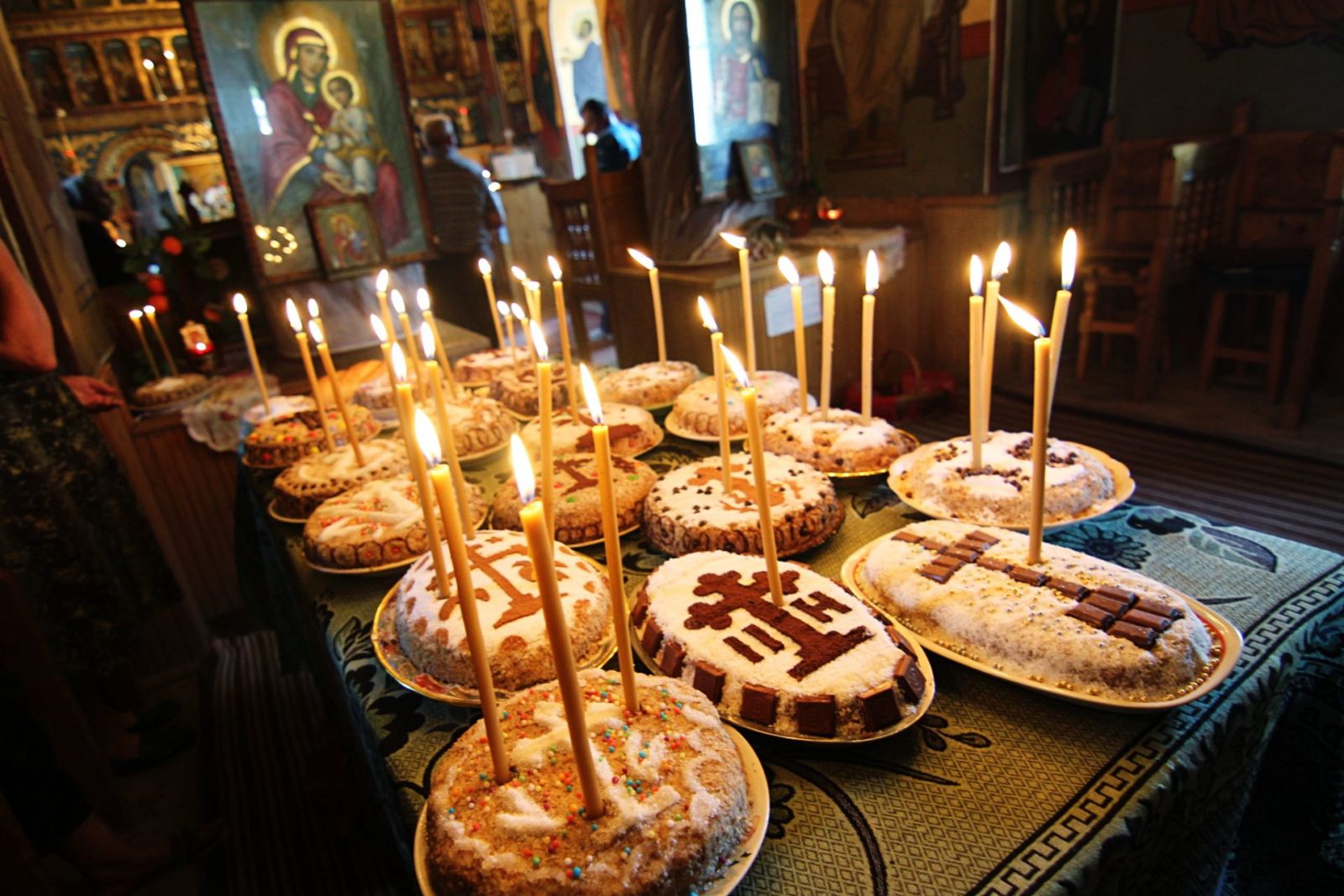 TWENTY ONE GRAMS OF SOUL

A scientific study published in 1907 by Duncan MacDougall relied on the premise that a soul weighs 21 grams. And that is how twentyonegrams, a kolyva-making establishment got its name.

Helen Christou, and her sister-in-law Cindy Christou, guided the attendees through the kolyva-making workshops using a basic recipe. But though they were the guides in the workshop, it wasn’t long ago that they too were ignorant when it came to the art of kolyva-making.

“When mum passed away five years ago, I had no idea aboug kolyva,” she told Neos Kosmos. “My mother-in-law took care of that, however I wanted to make some kolyva for mum myself and offer these with all my love. And as I learnt about the dish, the sustenance it offers and the symbolism of the ingredients, I began to research more and was amazed by the dish.”

The more she learnt, the more she processed her mother’s death and the meaning of death in general. “Did you know that in monasteries, kolyva are made with lots of creative flair and aren’t just white but filled with colours?” Ms Christou asked.

And the more kolyva she made, the more her attitude about death changed. “You kind of feel like you are offering a part of yourself, created with your own hands,” she said. “It helps in the grieving process and it can be very emotional at times. But it is best not to keep it locked up.”

During the workshops, she explained some of the symbolism regarding the wheat, pomegranates and even parsley used in kolyva recipes. “We also wanted people to see how the consistency should be, to enable them to understand how the texture should be and how kolyva should look when they are made,” she said. “And that’s the trick to kolyva-making. I learnt through trial and error.”