On the one hand you have the Japanese work ethic, subservience and fastidiousness. On the other hand you have Greek rebetika, music once despised and marginalised within the hashish dens of outcasts of the underworld. And then you have a state-of-the art stage where you’d expect to find high-brow performances.

Marry the three and you get contrasts, shattered stereotypes and an exquisite opportunity to enjoy Japanese Atsushi Tookaya playing the Greek bouzouki at the Melbourne Centre as part of the Rebetiko Music Festival on 23 March.

What the festival aims to show is that rebetika are relevant, malleable and much larger than the small tekes hidden in the backstreets of Greek ports where the music was first playe – and it transcends time and distance and, thanks to technology, can even be found in the most unexpected places such as the populous metropolis of Tokyo where Tookaya plays.

He first experienced the excitement of rebetika when he was 23 years old as part of his research into traditional music styles. Until then, he liked hard rock and heavy metal and played the guitar.

“I was very interested in the cultures of various countries around the world, and I listened to ethnic music,” Mr Tookaya told Neos Kosmos, adding that apart from music, he also immersed himself in painting, religion and dance.

“I met rebetika during that process.”

He was aroused by the sweet pain and harmony that the music evokes, and began to explore the genre – listening to Markos Vamvakaris, Vassilis Tsitsanis, all the way to Manolis Papos and Grigoris Vasilas.

He couldn’t get enough of it, studying and researching it as a bouzouki player and instrumentalist for more than two decades.

Self-taught like the old masters of rebetika, he nurtured the music and let it grow.

“I watch and am studying Youtube videos,” Mr Tookaya said.

“As a principle, I don’t develop (on) Greek play styles, and I try to make it as close as possible to the Greek style. I don’t want to destroy Greek rebetika by insisting that I am Japanese.”

But because rebetika comes from within, it cannot help but also carry something of its musician between the notes. And in the communicative process it is undoubtedly affected by the moment when it is played, and the relationship that Mr Tookaya has with his audience.

“When Japanese people listen to rebetika, they often say that it is similar to Enka (演歌, a Japanese traditional style ballad).”

Most Japanese have never heard of the genre.

“Rebetika is not the music that they naturally hear in Japan,” he said, adding that those who know it are either researchers of culture or fans of ethnic music.

“And Japanese are a nationality who like genre division. Most Japanese only listen to popular music from TV – and rock, jazz, western classical music. Only a minority of Japanese like ethnic music,” he said, adding that those who do deviate from norms would more likely listen to flamenco or be drawn to the sounds of tango.

“Almost nobody listens to rebetika!” he said. 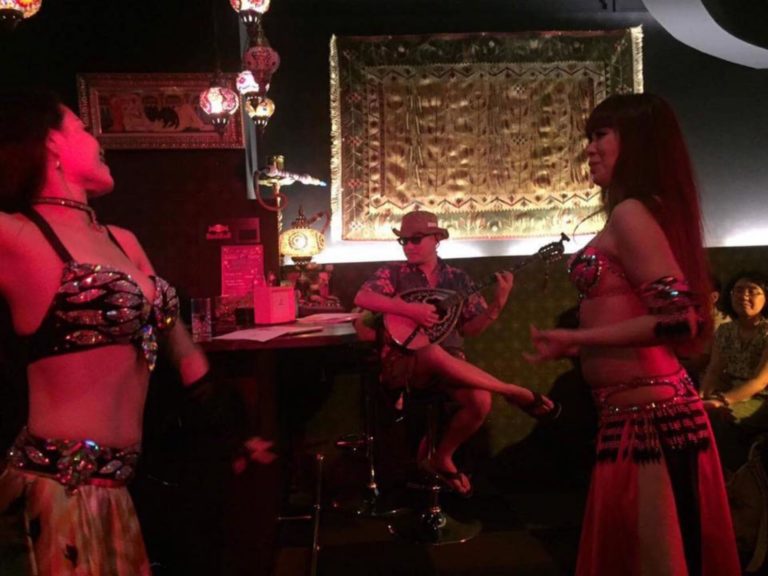 As he plays his bouzouki, listening to rebetika and learning while moving from one Youtube video to another, he knows that he is alone – perhaps the only Japanese man expressing himself with rebetika in Japan. And that is apt, considering the fact that rebetika was an expression for the lonely, the outcasts, the disenfranchised, the minority.

He calls himself a “rare man” who realises the depth of the music, but feels that he doesn’t understand it as deeply as a Greek.

“Only Greeks understand the historical (context),” he said.

“But I am playing with my soul.”

And that is rebetika!