‘You should be honing your cooking skills not writing poetry’: words from a Greek-Australian troller 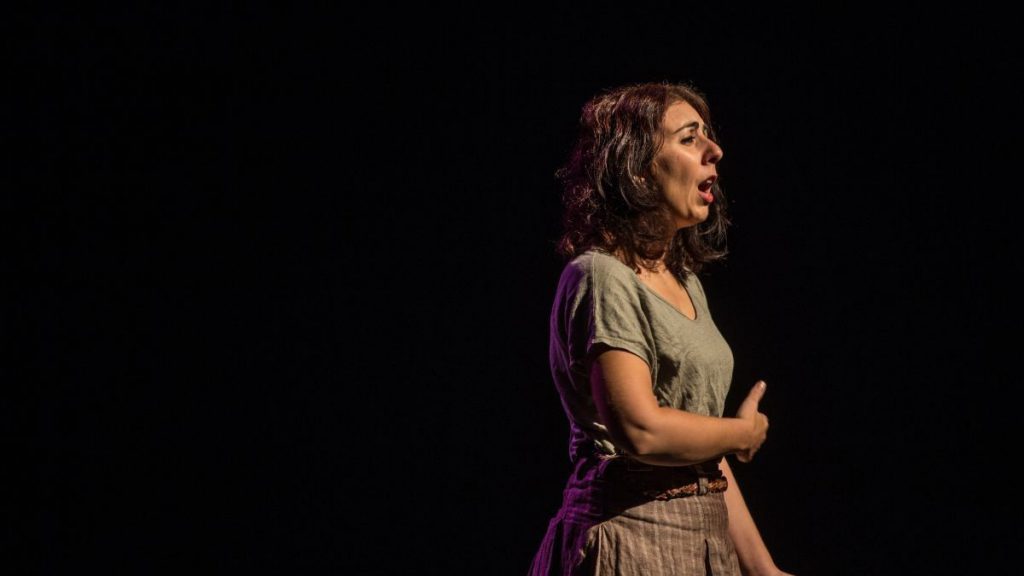 I was minding my own business – having a lovely day, doing my house chores, looking after my child, writing – when, after sharing on Facebook a podcast of an interview I did with Carmen Main on 3CR Spoken Word, I received a Facebook notification.

A comment had been posted by what seems to be a Greek-Cypriot-Australian nationalistic page with some four-thousand members, accusing me of being a traitor to my Cypriot and Australian heritage. It criticised Neos Kosmos and other Greek outlets for giving me a platform, calling my poetry ‘salacious’, ‘boring’ and ‘filth’. But that wasn’t the part that stood out, it was this:
‘Greek women should be ladylike “kiries” not radical femos who write poems about sex’
and ‘You should be honing your cooking skills not writing poetry…you should write about issues that actually means something, not about waiting at bloody Centerlink for your bloody pills’.

I don’t usually give trollers any air, but these comments did kind of shock me. I do know that Greek-Australian culture has progressed, and it is still progressing, and it is not as backward as it was twenty years ago. Women have more rights and parents are less strict on their children.

But still, the comments stood out.

Then I thought, maybe I’m wrong. After all, during Easter celebrations with extended family, it’s not as if the men clear away the table. Ha! Can you imagine? Women in our culture are still the ones expected to have the ‘responsibility’ of the house and the children. Sure, the men help out, but we are the ones. This is the default position in our culture – in many migrant cultures – even if we have paid work.

Sexist jokes are still the norm among conversation at extended family events. Believe it or not, I rarely complain. Sometimes I even laugh because that’s what I’ve been doing all my life and habits die hard. Even when I mildly object, it isn’t enough to make a change so what’s the point? Who wants to kick up a big fuss and ruin Easter, Christmas, or whatever celebration?

And even the troller mentioning my poem ‘The Centrelink queue’. This is a poem from my new book, ‘Just Give Me The Pills’ and it talks of my shame of standing in the Centerlink queue after leaving my marriage. But Greeks aren’t supposed to be at Centerlink! We are supposed to have money, be married, have a corner block. We are not supposed to shop at the op shop. Our parents sacrificed everything so we could have everything. They sacrificed ‘home’ for us.

I am a divorced single mum. A poet. I write about lots of different things, and I write about sex. What is the thought that pops into your head when I say this? Slut? A shame? Failure? It has taken me a years to understand I am none of those things. That it is the ‘old ways’ migrant culture is tied to that thinks this of me, and I don’t have to agree.

I wrote my book Love and F—k Poems, as a way of emancipating myself and healing from the stuff-up of our culture. Contrary to what many presume, the ‘f—k’ in the title was put there not in a sexual way, but to say ‘f—k you’ to the shackles in which our culture puts women in. Does it confront you that I like sex? That I have claimed back my sexuality as my own after it was stolen from me by culture and religion who dubbed it dirty and wrong until marriage yet turned a blind eye to the men spreading their seed because that’s what good Greek boys do?

Women are taught from a young age that the number one accomplishment in life is to be married. Na mas doun nifi. No wonder it’s so hard for women to leave marriages. Look at all we have to deal with. Look at all we have been brainwashed to believe about our gender. All my life domestic abuse incidents were whispered in the shadows – tin lipame, alla ti bioroume na kanoume? I feel for her but what can I do? Because as women we are taught to serve. We are not taught that our intellect is more important than betrothing our vaginas to one man. We are taught that keeping our marriages intact is more important than keeping ourselves intact.

So I want to say thank you the trollers. You inspired me to write this article for International Women’s Day. Men, women were not put on this planet to serve you. We are worth more. We can do what you like, when you like, and we don’t have to answer to nobody.