Your Say: Farewell to Archbishop Stylianos 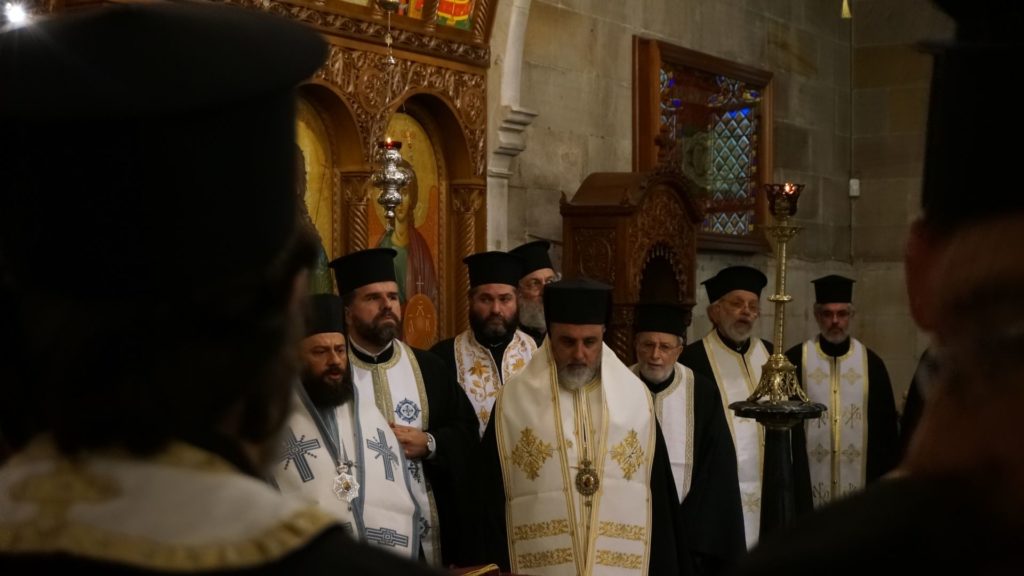 Our readers responded to our articles about Archbishop Stylianos. Here’s what they said:

Elle Tee May Archbishop Stylianos Rest in Peace. Regardless of what many people thought of him, he was a well respected man to many and was head of the Greek Orthodox Church for over 40 years. Let God judge him now that he enters the heavens for Eternal Life. May his memory live on forever.

Effie Nikolopoulos Papakirikou Elle Tee, not a fan of him but may he RIP

Elle Tee Effie Nikolopoulos Papakirikou, everyone has different views and may have had experiences over the years to form an opinion of the Archbishop. Not everyone of us will agree with each other, however, we all should respect each others views. At the end of the day, he was still a human being who is now in Gods care who has family mourning him. May God Bless You.

Mezza Dee He made zero impact on my life

Eleni Vella Sorry but he was just a man of cloth. “But all their works they do to be seen by men. They make their phylacteries broad and enlarge the borders of their garments. They love the best places at feasts, the best seats in the synagogues, greetings in the marketplaces, and to be called by men.”

READ MORE: Farewell Archbishop Stylianos: 1000s show up to the funeral and burial

Νίκος Νέα Σμύρνη Just out of curiosity, does anyone remember the ecclesiatical fight of 30 yrs ago? Stylianos was a hated man.

Fotini Petrou Big supporter of Ecumenism and God blasphemer (see Encyclios Christmas 1993, it doesn’t allow me to send the photos here from the Encyclios), who supported that Jesus came to Earth with sins.

Effie Nikolopoulos Papakirikou Νίκος Νέα Σμύρνη, he threw Father Kourtessi out of the church and stripped him of his title then said all of us married and christened in his church we were not recognised and wanted us to pay to do our paperwork again, he took over our school, church in Carlton and monastery and slapped his photos all over the offices. Still to this day, I cringe. Father Kourtessis built all those and helped so many and they disregarded all that. Stylianos in my eyes was not an angel!!

Νίκος Νέα Σμύρνη Effie Nikolopoulos Papakirikou, exactly… That’s what I’ saying. My father sang at Fr Kourtessis for like 20 yrs. I know all about it.

Effie Nikolopoulos Papakirikou Saint John’s the old church is where my parents were married. Father Kourtessis and Father Vasili go way back with my family and extended family. I also went to Saint John’s till year 12. I remember when they took over. Walking into the office and seeing Stylianos on the wall would make me sick.

PHOTO: 50 photos from the funeral and burial of Archbishop Stylianos

Effie Nikolopoulos Papakirikou Νίκος Νέα Σμύρνη, yes, he did divide the community. You’re absolutely correct. Sad, but his doing it was all a business for him. If he was a saint he would have never done those things

Maria Pteris Effie Nikolopoulos Papakirikou, obviously many don’t recall the divided community of the 1960s and 1970s. Love him or hate him, the man just passed away and there are many who will mourn.

Phillip Papagiannopoulos I smell schismatic lunatics. Maybe if your Jerusalem and your big-headed men in “cloths” remained loyal to their ordinations and God, they would not have ended and diminished the way they did. After all, who sings of these people now? Who remembers them apart from a few lunatics ? You remember that. Nobody loved those people because they were liars and cheaters of the church. Whilst, look at His Eminence’s funeral. If a photo of him on a wall makes you sick, I wonder what being there would have made you feel like…

Theo Mitrothanasis Netflix is releasing a mini-series it’s called Styli’ and the sycophants.

Peter Tziotzis Was a worthy archbishop. Will be dearly missed. Eternal be his memory.

Christina Marneris Georgiou Lovely send off for the late Archibishop Stylianos. One question…Why does he have the privilege of a Eulogy in church when families of deceased loved ones are denied the opportunity?

Maria Pteris I have been to two funerals in the last six months and both had eulogies read by the priest. Times have changed it seems.

Andrew Psaromatis I believe His Eminence demanded one thing and one thing only: ACCOUNTABILITY! The Bishops, priests and lay people who were not accountable for their actions, or did things behind his back were distanced from him very quickly. The Yes was Yes and the No was No! May we have his blessing!