Could the Greek national team be experiencing a Renaissance? 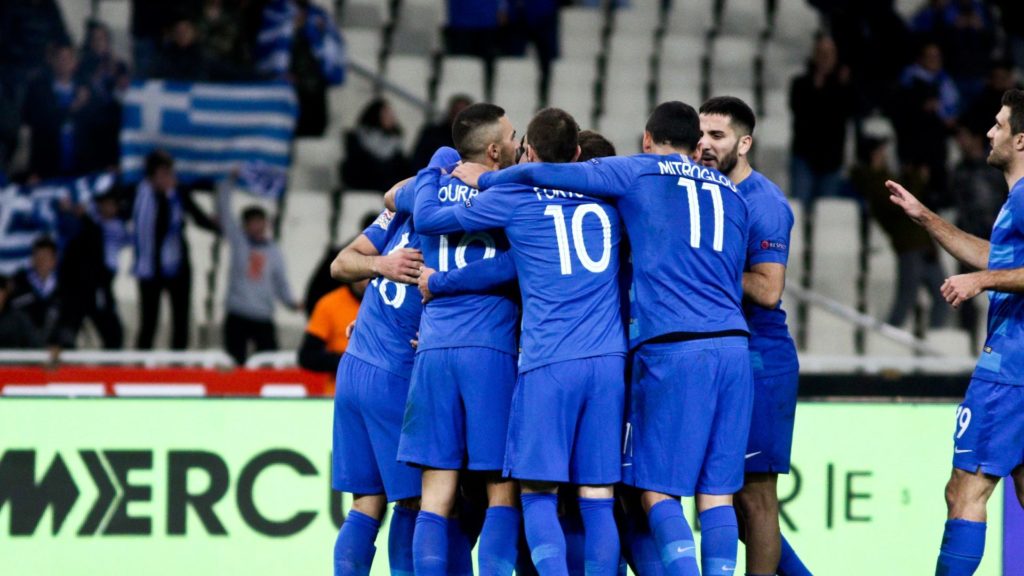 Greece’s start in the Euro 2020 qualifying stage leaves hope for the future, with coach Anastasiadis introducing a number of new players to the squad. Photo: AAP via EPA/Georgia Panagopoulou

For the past few years, the Greek national team seemed like a shadow of its former, glorious self.

Unable to find its identity inside the pitch, with players appearing lost and incapable of bringing any game plan to fruition.

Things seemed to take a turn for the better during the World Cup 2018 qualifying campaign, however the eventual disqualification by Croatia in the knock-out stage and the consecutive poor form Greece showed during the Nations League brought back all the doubt and inconsistency.

Something needed to change in the locker room, with the executives of the Greek Football Federation making the decision to part ways with German manager Michael Skibbe and bring in someone who’s more familiar with the workings of the sport in the country, while also having experience from abroad as well.
That person was none other than Angelos Anastasiadis.

In his first statements as coach, the former Cyprus manager stressed his complete faith in the Greek players, pointing out that there’s no doubt in his mind they could make it all the way to the final rounds of the Euro 2020.

That being his goal, Anastasiadis sent out the invites for Greece’s first two games in the qualifiers, where they would be joined in Group J by five-time world champions Italy, familiar contenders Bosnia, Nations League rivals Finland, Armenia and Liechtenstein.

Looking at the list of names for the first two matches in Vaduz and Zenica, many began to ask questions as there were some on there that hadn’t been included for a long time, or even ever.

While it is a fact that some players such as Kostas Manolas, Kostas Stafylidis, Giorgos Tzavellas, Vasilis Torosidis, Dimitris Pelkas, Lazaros Christodoulopoulos, Petros Mantalos and others where unavailable for one reason or another, the inclusion of Aris’ Giorgos Valerianos, Omonia duo Haris Mavrias and Dimitris Kolovos, Panathinaikos defender Spyros Risvanis and his teammate Dimitris Kourbelis raised a lot of eyebrows.

However, this introduction of new blood appears to have transformed the “galanolefki” for the better, as was made evident right from even their first game against Liechtenstein, as their uninspired and dreary style of play turned into a more entertaining game, with many passes and opportunities created on the opposite end.
Greece’s win in Liechtenstein was a comfortable one (0-2), with the team holding onto possession and not allowing their opponents to threaten them at any point throughout the game.

And if the name of the opposition might not seem “fancy” enough to draw concrete conclusions from, the days where Greece would be subjected to humiliating losses by the likes of the Faroe Islands or Northern Ireland are not too far in the past.

It’s clear that many of these young players came in thirsty for top level football and already experienced from national competitions on the lower levels.
Odysseas Vlachodimos, Michalis Bakakis, Leonardo Koutris, Giorgos Masouras, Eftymis Koulouris and others showed they have plenty to offer, showing Anastasiadis that he will have a hard time selecting the starting eleven from here on.

Their second game against Bosnia of Edin Dzeko and Miralem Pjanic was a true test of their mettle and the young Greeks came out more frightened than necessary.

As Anastasiadis himself pointed out after the game, they didn’t give themselves enough credit, allowing their opponents to gain a 2-0 advantage just before even fifteen minutes of play were up.

Yet eventually they began to come out of their shell and turned the game on its head, eventually walking away with a draw and leaving the home side feeling fortunate to escape with the point from the night.

The Greek national team has shown a lot of potential in these two first performances and if we take into consideration that many key players were missing (Manolas, Karnezis, Torosidis, Christodoulopoulos, Mantalos, Stafylidis, Karelis, with Papastathopoulos and Mitroglou only playing one game each), then there’s no telling how good their performance can get.

Anastasiadis pointed out that the differences between teams on the national level are not as large as they used to be and Greece have nothing to fear when facing any opponent.

Their next challenge will be Italy in Athens the upcoming June and that will truly be a great chance for all these young players to demonstrate what they are truly capable of.

Are we witnessing the beginning of the Greek team’s return to the top stage of national football? Only time will tell, but the first signs are more than encouraging!