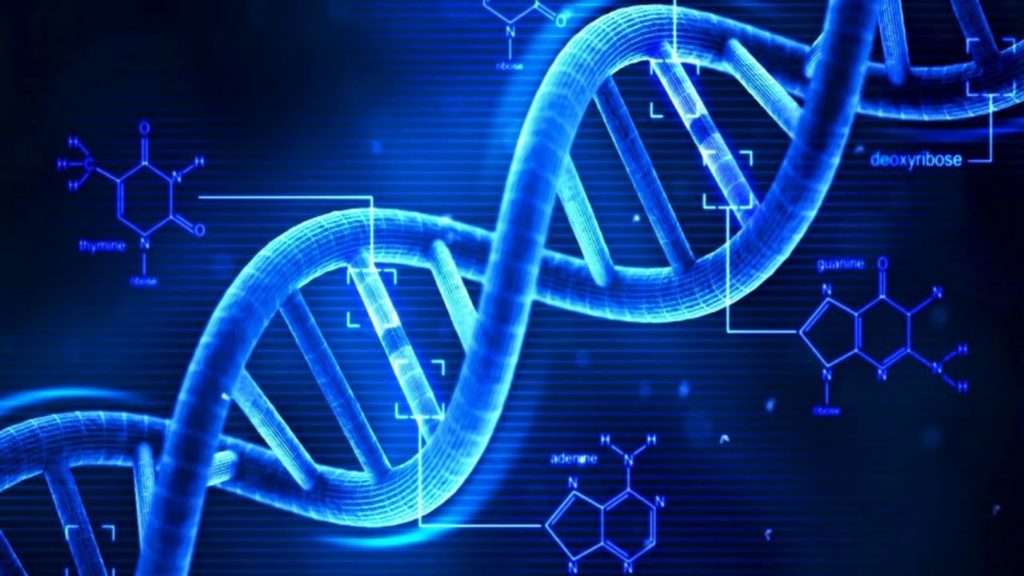 Have you ever wondered who you are or where you come from?

I think it’s a fundamental human desire to want to know this.

One way we’re seeing this curiosity play out is in the rise of the at-home DNA ancestry business. You’ve probably seen the ads for tests like 23andme and Ancestry DNA: you spit in a tube, and then receive a report breaking you down into neat little slices in a pie chart telling you that you’re, say, 30 per cent German and 70 per cent English. As a population geneticist, I find this fascinating.

But how does our collective interest in ancestry testing interact with our ideas and conversations about race?

‘No borders within us’

Earlier this year, a Mexican airline, Aeromexico, ran a tongue-in-cheek ad campaign, called “DNA Discounts” with the slogan “there are no borders within us”. For the ad campaign they gathered a group of North Americans who were willing to take a DNA test and get their results on camera. This group contained some members with, let’s just say, a somewhat negative view of Mexico.

In the ad, the airline offered rewards to these people based on their DNA results, in the form of a discounted airline ticket to Mexico. The size of the discount depended on the amount of Mexican ancestry. If their test showed 15 per cent Mexican ancestry, that meant a 15 per cent discount.

The footage of people getting their results on camera is pretty funny, and some of them seemed somewhat surprised, and maybe even upset about their reported ancestry. More than half of those tested appeared to have Mexican ancestry, even though they weren’t aware of it.

The slogan “there are no borders within us” has an element of political commentary related to Donald Trump’s border wall. But the ad also teaches us two important things.

It shows how DNA testing can challenge not just our ideas of race and identity, but our notion of being. Your genetic ancestry might be completely different from your cultural identity. Just ask the folks in the ad.

Beyond this, it also highlights how mainstream this kind of science has become, and how much DNA ancestry testing has entered into pop culture

I think we humans have always been interested in our ancestry, but it hasn’t always been a healthy interest – sometimes it’s been much darker and more sinister. And we don’t even have to look too far into the past to see that.

The eugenics movement was part science and part social engineering, and based on the idea that certain things – such as being poor, lazy, “feeble-minded” or criminal – were actually traits that were inherited in families. These traits were often linked to certain ancestries or racial groups using biased methodology.

Eugenics was the idea that humanity could engineer a better future for itself by identifying and regulating these groups using science and technology.

In the United States in the early 20th century, eugenics became a recognised academic discipline at many prestigious universities – even Harvard. By 1928, almost 400 colleges and universities in America were teaching it.

In 1910 the Eugenics Record Office was set up to collect ancestry data, literally door to door. It then used this data to support racist agendas and influence things like the 1924 Immigration Act to curb immigration of southeastern Europeans, and ban most Asians and Arabs altogether.

Although we may think of eugenics as something linked with Nazi Germany in World War II, Hitler based some of his early ideas about eugenics on these academic programs in the US. There was a fear of “pollution” of the purebred genetic lineage, and that the “inferior” races would contaminate the “superior” race. Many Nazi defendants at the Nuremberg trials claimed there wasn’t much difference between the Nazi eugenics program and the ones in the US.

The events of that time are still relevant now. More than seven decades have passed and we’re seeing the rise of far-right groups and ideologies – the world of Trump, and the return of restrictive immigration policies.

We’re seeing a mainstreaming of ideas about race that we rejected not long ago. We’re once again seeing the science of genetics being misappropriated to support racist agendas.

Late last year, the New York Times reported on a trend among white supremacists to drink milk. Most people of northern European ancestry have a version of a certain gene, called a lactase gene, that means they can fully digest milk as adults. This is due to a genetic mutation several thousand years ago, around the time of the first cattle herders in Europe.

The article described how people from the far right have taken this scientific result and run with it – producing bizarre YouTube videos in which people chug milk from 2-litre containers, swigging it and throwing it around in celebration of their supposed “genetic superiority” – and urging people who cannot digest milk to “go back”. Comedian Stephen Colbert even picked up on this story (in his words: “lactose is their only form of tolerance”).

The white supremacists took this bit of science and twisted it to suit their needs. But what they have ignored is research showing that a similar version of this gene evolved among cattle breeders in East Africa too.

The right-wing Australian nationalist One Nation recently called for DNA ancestry tests as a requirement to prove Aboriginal identity to access “benefits”. I don’t want to give this dangerous idea any more oxygen, and as a geneticist I can tell you it won’t work.

Cultural identity is much more than simply what is in our DNA. Aboriginal communities are the ones who determine who is and who is not Indigenous. I think this episode highlights a worrying trend for genetic tests to be seen as the ultimate decider of race and identity in public debates.

So how does the marketing of the DNA companies themselves influence our thinking about ancestry?

These ancestry companies use the language of science in their marketing, and present their results as being highly scientific – which people interpret as meaning accurate and factual. The process of estimating ancestry from DNA is scientific, but people may not realise it can also be a bit of a blurry process, and actually more of an estimate.

When you look at your slice in the pie chart and it says 16 per cent German, it is not a fact that you are 16 per cent German. It’s an estimate, or an educated guess, of your ancestry based on statistical inference.

I think representation of our ancestries in pie charts is not helping our conversations.

Twins got different results
Recently, two identical twins put five DNA ancestry companies to the test, and this provides a really interesting look at how this process works.

The raw data for each twin was more than 99% identical, which shows that the way the companies produce the raw data is indeed quite accurate.

The shocking thing was that the companies provided each twin with noticeably different ancestry estimates.

From one company, the first twin got 25 per cent Eastern European, and the second got 28 per cent. Just to be clear, this shouldn’t happen with identical twins because they have the same DNA.

Even more surprising, one company said the twins were 27-29 per cent Italian, but another said they were 19-20 per cent Greek. A lot of this difference would be based on the size of the databases that the companies use as references and who is in the databases, and – very importantly – who has been left out of the databases. These factors would be different between the different companies, and change through time.

The bigger picture that’s emerging from DNA ancestry testing is that we’ve underestimated the extent of mixing between ancestral groups throughout human history.

Looking at the pie chart might give you the impression that there are discrete borders within you and boundaries between your different ancestries, but as Aeromexico so eloquently put it, “there are no borders within us”.

Caitlin Curtis is a research fellow, Centre for Policy Futures (Genomics) at The University of Queensland. This article is an edited version of a story presented on ABC’s Ockham’s Razor and delivered at the World Science Festival, Brisbane in March 2019 and is reprinted from The Conversation.