Who says that Saffron and Ryzogalo don’t mix? The idea of flavouring a ryzogalo (Greek rice pudding) with lemon and krokos Kozanis (saffron) sounded perfect in my mind, so I made a twist to the classic rice pudding by adding these two flavours.

The history of Greek red saffron or Krokos Kozanis (Crocus Sativus Linneaus plant) dates back to prehistoric Greece. In modern Greece, it starts again in the 17th century when traders from Kozani, Macedonia, bring the red saffron back from Austria.

For 300 years, Greek red saffron is systematically cultivated under the warmth of the Greek sun, in the rich soil of a unique area in Kozani, in western Macedonia and is considered to be one of supreme qualities, worldwide.

As a medicinal and dyeing substance it has been known in ancient Greece for its aroma, vibrant colour and aphrodisiac properties, thus making it one of the most desired and expensive spices.

Another use in ancient Greece was that of perfumery also using it to perfume the water while bathing.

Frescoes in the palaces of Knossos (1.600 b.C.) clearly depict a young girl gathering crocus flowers as well as in the archaelogical site of Akrotiri, in Santorini and Homer, in his writings calls dawn “a crocus veil”. ORIGIN OF THE WORD CROCUS

The Greek word “crocus” has its origin in Greek mythology: Crocus was a dear friend of Greek god Hermes ( in Ancient Greece. One day, while the two friends were throwing the disc to each other, Hermes hit Crocus on the head and wounded him fatally.

As the young man collapsed and was dieing three drops from his blood fell on the centre of a flower thus becoming the three stigmata (plural of the word stigma) of the flower named after him.

Etymologically, the word crocus has its origin from the Greek work “kroki = κρόκη“  which means weft, the thread used for weaving on a loom.

Crocus is a grassy plant reproduced with bulbs.Each flower has three stigmata of saffron, also called filaments, which are joined by the style.

IS IT CULTIVATED IN GREECE?

In Greece it is cultivated exclusively in Kozani region.

Collecting crocus is not an easy job.

The workers, bent for hours over the plants, collect and place the flowers in their cloth aprons and then transfer them into baskets.A skilled worker can collect 30,000 flowers in a single day.

It takes 150,000 flowers to deliver 1 kilogram of dried crocus stigmata, thus making it the most expensive spice in the world.

The stigmata are extracted by hand from the freshly harvested flowers and then laid out to dry. Once dried, they are irregular, deep orange threads.

Collecting, sorting and processing are done without any help from technology.

Crocus was considered a rare pharmaceutical plant of ancient Greece with unique properties.

It is referred to throughout ancient history and in the course of many medical writings of the classical Greek and Roman times all the way to the Middle Ages.

Hippocrates and other Greek contemporary doctors, like Dioskourides and Galinos mention crocus as a drug or a therapeutical herb.

It was considered as a painkiller, antipyretic, heeling wounds, hypnotic (remedy of sleeplessness), good for the stomach etc.

READ MORE: Love problems? There’s a pill for that but Plato offers a wiser cure

In modern medicine, the healing properties of the plant have been widely known.

Crocus is considered a most interesting pharmaceutical plant. Its profound antioxidant properties are long proven.

Krokos prevents platelet aggregation, it is highly antiflamatory and improves cerebral function and it is still under research for its cancer preventive properties.

Other properties of crocus are for lowering cholesterol, indigestion, nausea and soothing infant teething.

Greek red saffron is considered to be the King of Spices. Its excellent quality places it in the top quality saffron in the world.

A small quantity adds an exquisite flavour, colour and aroma in all your dishes. Krokos Kozanis is perfectly pure and combined with coffee or tea forms an excellent beverage.

I had already used half of the lemon curd I made, so I needed to use the other half.

The idea of flavouring a rice pudding with lemon and saffron sounded perfect in my mind.

I made a twist to the classic rice pudding by combininf these two flavours together and the result was outstanding!

The saffron added a lovely flavour, aroma and colour to the pudding whilst the taste of lemon curd made the rice pudding taste more creamy because of the eggs and butter. 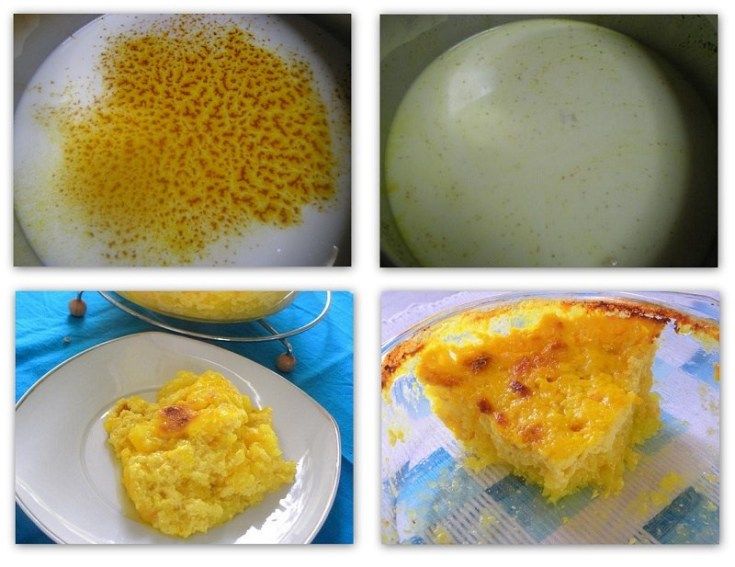 2.   Grease a 20 cm or one litre ovenproof Pyrex dish with butter.

3.   Mix the rice, sugar, milk, lemon curd and saffron in a bowl and empty the mixture to the greased, ovenproof dish.

4.   Place the ovenproof dish in the centre of the oven.

5.   Stir the rice pudding mixture after 30 minutes and one more time after another 30 minutes. You may also want to turn the dish around, back to front, in the oven so that it cooks evenly.

6.   Bake until the surface of the pudding is a nice golden brown and the pudding has set.