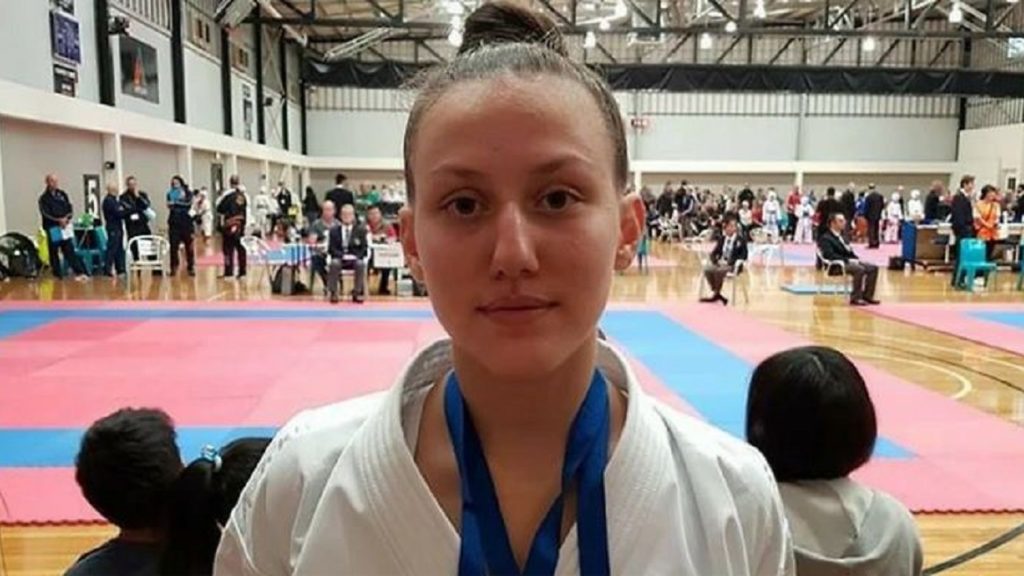 Newcomer athlete Marianna Sampanis will represent Oceania at the 20th Senior Oceania Karate Championships which will take place in Sydney on 12 April. Seventeen-year-old Sampanis will compete in the Women’s Category.

Although so young, the newly-arrived Greek Australian has already accomplished so much. It was only a year ago, last March, when she got first place at the Juniors Female Kata Individuals (16-17 years) and second place in the Seniors Female Kata Individuals 18+ category, making both Greece and Australia proud with a gold and silver medal respectively.

In April 2018 she took first place at the AKF National karate championships in Australia, becoming the nation’s ‘Golden’ karate girl.

Sampanis has been living in Australia for four years now, after migrating with her family to pursue her career in the sport she loves.

The young champion told Neos Kosmos that she is extremely happy to have been selected by the Australian Karate Federation adding that “after a very tough play-off, fighting amongst distinguished Australian karateka, I managed to become one of the two female athletes that will have the honour to represent our country at the 20th Senior Oceania Karate Championships and I definitely feel that my hard work and persistence have finally been fruitful”.

“The games will certainly not be easy since I will be competing against the best athletes in Oceania in the woman’s category.”

“However, I have had a strong preparation and I’m at the best shape I’ve ever been. No matter what happens, I will have earned one more unforgettable experience and I hope that I can successfully represent our country and ensure we see its flag go up on the podium.”