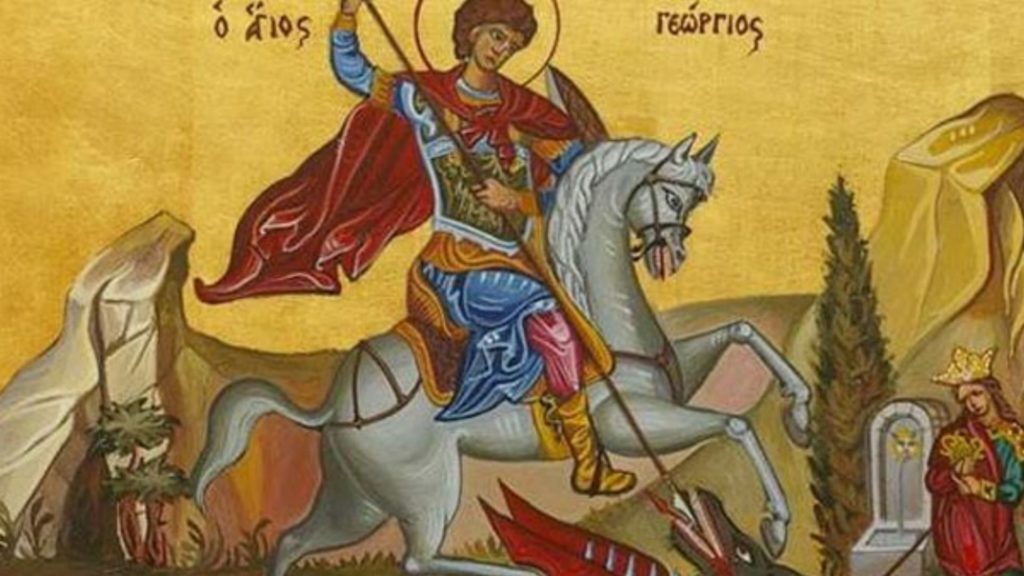 Saint George’s Day is celebrated on 29 April this year.

The reason for this has to do with Lent, a period of mourning for Orthodox Christians. When celebrations coincide with Great Lent or Holy Week, then the feast of both Saint George and Saint Mark are postponed until the week after Easter Sunday.

Who is Saint George?

Almost every Greek household has a George, Georgia or Gina in it, making Saint George’s Day one of the most popular feast days. His icon usually shows him on a horse, dressed as a soldier, attacking a dragon or a serpent.

Saint George was born in the late 3rd century. His father was from Cappadocia, and martyred. His mother moved back to Palestine, her homeland, where she raised Saint George in the Christian faith. He joined the army and rose in the ranks. Stationed in Nicomedia, he was a guard in the army of Roman Emperor Diocletian, one of the most ruthless emperors when it came to persecuting Christians.

Saint George refused to persecute his fellow Christians and was tortured and executed, dying a martyr.