25 things to do at Syntagma Square in Athens 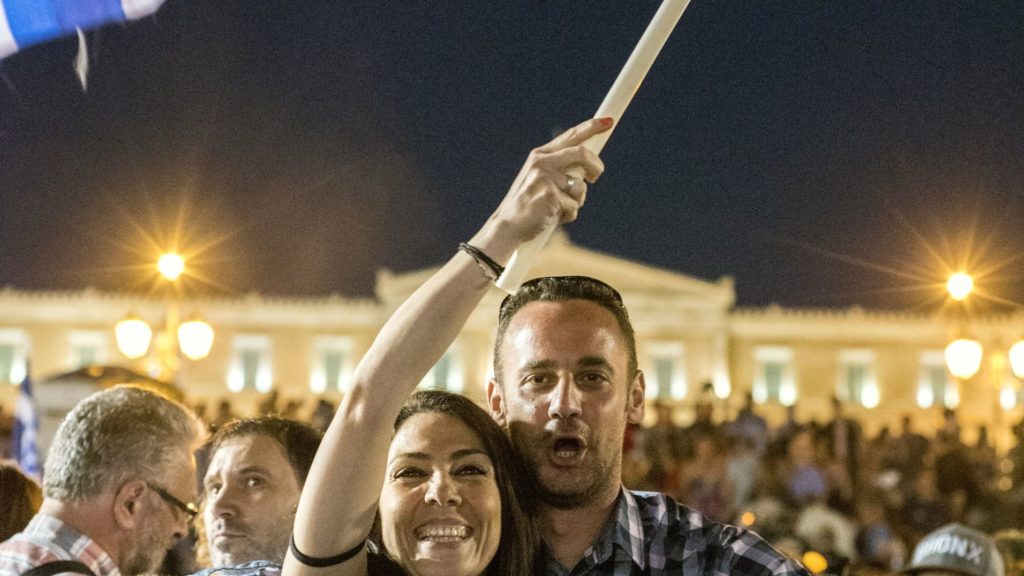 The steps at Syntagma Square have been a traditional meeting point for people as all roads seem to lead here. You’ll find commuters rushing during peak hour traffic, children feeding the pigeons and backpackers dipping into the fountain to cool down during a heatwave after a spot of Athens sightseeing.

Sit still, listen carefully to the undercurrents of the pulsating crowd and tap into the next chapter of modern Greek history in the making. After all, every major event has either been mourned or celebrated here.

Named after the Constitution (Syntagma) that King Otto – Greece’s first royal – granted following a popular revolt on September 3, 1843. The riots took place right at the doorstep of his palace that has housed the Greek Parliament since 1934. Stimulated by the goings on within its 19th-century neo-classical crowning landmark, the crowds sometimes turn to mobs with violent civil battles between post-war commies and royalists or, more recently, the angered political cries of youths armed with explosives.

Worst still are the moments of silence when the square is stunned by Nazi occupiers or tanks heralding the start of a 7-year dictatorship or even retired pharmacist Dimitris Christoulas blowing his brains out one morning in 2012, unable to cope with the burden of austerity measures.

Things to do at Syntagma Square:

2. Take a close look at the tomb of the unknown soldier.

5. Make a wish and throw a coin in the fountain.

7. Read the notes occasionally pinned to the red-painted “suicide tree”.

8. Attend a free lecture or workshop at Public Bookstore.

9. Enjoy brunch with a bird’s eye view of the square at Public Bookstore.

10. Visit the museum of ancient artifacts found during the excavation works at Syntagma metro station.

12. Stroll through the walkway from the metro ticket booth to the Panepistimiou Street.

13. Attend one of the numerous fairs and bazaars at the conference center of the Syntagma metro station.

14. Attend the Dancing Athens street festival at squares around Athens – including Syntagma Square.

15. Take a selfie at the designated selfie spot at the historic Grand Bretagne Hotel rooftop.

16. People watch at one of the sidewalk cafes.

17. Join a protest rally or riot or any other gathering, such as the Athens Gay Pride Parade.

18. Watch the annual lighting of the Christmas tree in December.

19. Buy a lottery ticket from the vendor just outside the metro station.

21. Admire the portion of the Peisistratian aqueduct on display at Syntagma Square.

22. Visit one of the remaining florists on Vas. Sofias Avenue, just beneath Greek Parliament, before they disappear forever.

25. Catch a train, tram or bus to any other square in Athens.