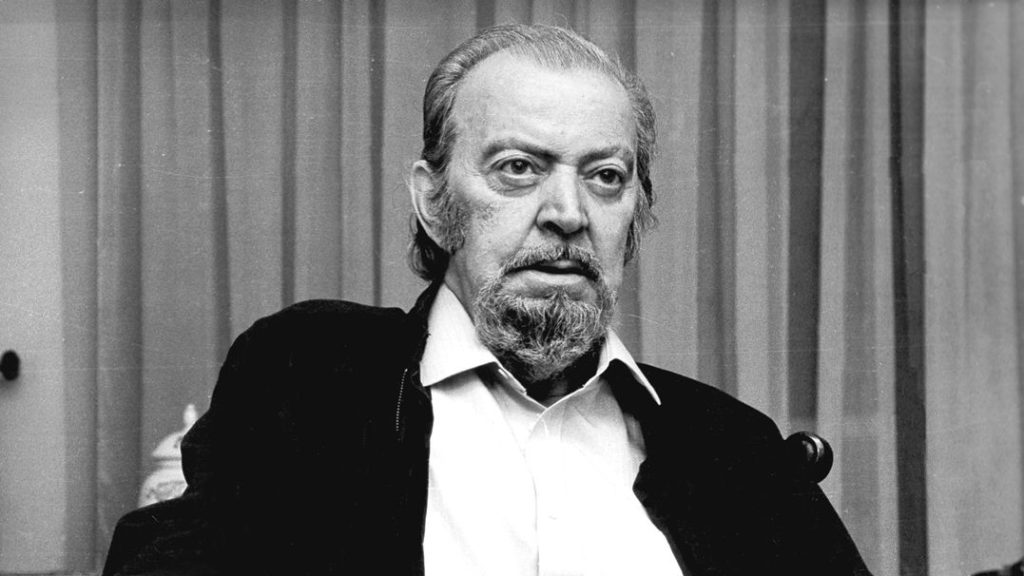 Tassos Livaditis – his poetry dealt with the metaphysical in a way that went beyond materialism.

As part of the retrospective exhibition for Christella Demetriou (which runs through to 30 May, 2019 at Darebin Arts Centre, cnr Bell St & St Georges Rd, Preston, Vic. 3072) a small group of friends are putting together a poetry event on 13 May featuring the poems they love.

Academic Nick Trakakis will present his translation of major contemporary Greek poet Tassos Leivaditis, whose poems have been set to music by Mikis Theodorakis;  Some of the most polemic poems of Vassos Lyssarides, legendary leader and honorary president of the Socialist Party of Cyprus, will be read by Andrea as a tribute on his 99th birthday; Edward Caruso will speak about his new poetry collection Blue Milonga which travels across the natural and political landscape of Argentina and Chile; academic and activist Garry Foley will present Andrea Demetriou’s poetry book, The Inconsolable Clock, which expands from the wars for resources to the existential dead end, and is introduced by Christos Tsiolkas; finally poems by Christella Demetriou, translated by her friend Pavlos Andronikos will be read by himself and Domenico De Clario, artist-curator, Chair of  Arts, founder of the Museum of Innocense Mildura.