If I were Prime Minister | George Zangalis 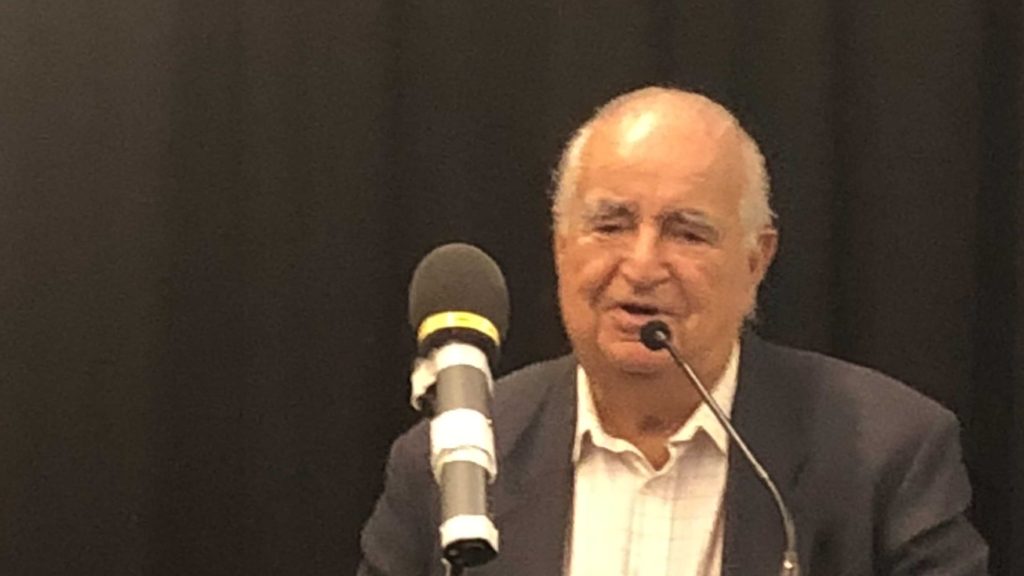 George Zangalis is the Honorary President of the Public Transport Union, Vice President of the Fair Go For Pensioners  Coalition, founding member of FECCA , ECCV,and Ethnic Community Broadcasting, broadcaster, and a regular contributor to sociopolitical  issues, especially those that concern migrant workers and policies and campaigns that are relevant to ethnic minorities. He has served on the SBS board and the ABC National Advisory Committee and has authored works of interest to migrant workers and ethnic communities that document their struggles for social justice and cultural rights.

What are the issues you feel need to be addressed?

This election, as others in the past, is not about changing the system  which many believe is the cause of injustice, but the possibility of a change in the government and the introduction of some progressive reforms that can lighten the socioeconomic and climatic burdens on the people. Implementation will still require massive efforts and co-operation between the ALP and the Greens, favoured, and in my opinion deserving to win.

What are some of the urgent issues for the Greek Australian community?

The main issues for Greek-Australians,   are not  any different to those of the rest the people in this country.

For those in the work force – and  remember the great majority of Greek-Australians are also wage and salary earners – an increase in wages, stagnant for over six years, whilst costs of living soar and  profits have never been greater, restoration of penalty rates for over a million lowest paid workers mostly migrants and women working weekends and public holidays in the service and hospitality industries stand out as top priority. So does creating  full-time jobs by producing more in Australia – including an electric car, and why not a free public transport system?

A badly-needed increase in social security payments for pensioners, single mothers and the unemployed. Better and cheaper care for aged people with all dental, medical and pharmaceutical costs covered by medicare.

Restoration of the $7 billion to education cut by the liberals and investment in public schools, in early education learning and the teaching of ethnic minority languages – the  $8m to $10m promised by the Libs and the ALP for  about 1,000 ethnic community schools operating after hours is not even a drop in the ocean. More importantly, there is no policy or funds for the teaching of languages in the mainstream government day schools. If we are to stop the rapid decline in language-cultural learning and move forward we need language chairs at universities. People have fought for a free and secular education system – and in terms of Australia  a multicultural one. And this objective needs to be fought for at all times.

Climate change is clearly and loudly a major issue, demanding action now. No more delays and frustration by the climate deniers  and the coal-vested interests. This election is about the climate, as tens of thousands of young people go on strike to tell us to hurry up.

Three other major injustices need to be addressed. Firstly,  Australian citizenship should be easier to obtain and be equal at all times. Secondly, remove section 44  from  the colonialist constitution to  allow Australian citizens some 6 million, to have the right to stand for the Federal Parliament. Thirdly, quotas should be set for non Anglo-Celtic background Australians and preferably workers, men and women to be proportionally represented  in parliaments, political parties, public service, unions and other social institutions. A dedicated minister for ethnic and multicultural affairs, working closely with elected representatives of the ethnic minorities, is needed. In this, we should be joining forces with the Aboriginal rights movement and those who fight to maintain their identity with a voice of their own and legal/constitutional recognition of Australia’s first people. Multiculturalism – Australia’s true identity – should  also be enshrined in the constitution of  a republican Australia. And  may the yellow and black flag of indigenous Australians fly side by side with the blue and white flag of Eureka over our Parliament House in Canberra. And as life-long organised revolutionary, how could  I go past the red flag, the symbol of unity and struggle for a new world?