As well as celebrating Greek flavours, faces and culture, this year marks the 90th anniversary of the Greek Orthodox Church of St George in Queensland

Musgrave Park is getting a Greek makeover this weekend, with the return of Brisbane’s acclaimed Paniyiri Greek Festival.

Taking place over two days, this year’s program is jam-packed with entertainment, including a dance spectacular on Saturday evening opening with a stunning Bouzouki tribute, a cooking program headlined by chef Dimitris Katrivesis who is flying in from Athens to join locals David Tsirekas and George Diakomichalis, while Nostimo Greek restaurant will be offering Greek Yum Cha the whole weekend. 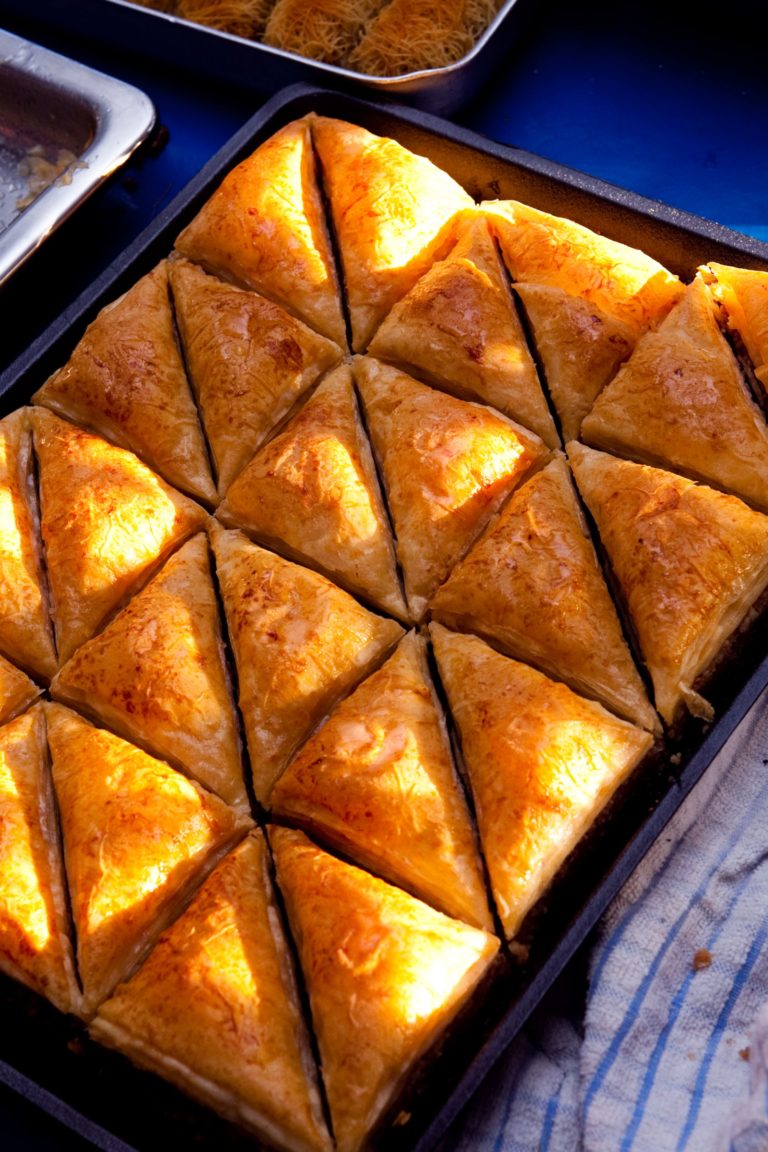 This year’s Paniyiri is particularly special, as it coincides with the Greek Orthodox Church of St George’s 90th anniversary. Established in the 1920’s, it is Brisbane’s oldest Greek community. It will be celebrated with dancing tributes and a special lecture by author and host of national ABC program ‘Conversations’, Richard Fidler as part of the Cultural Program.

One of the highlights is sure to be the official opening event, bringing together the sounds of the Bouzouki and Didgeridoo. The event will also showcase young talent, with Bouzouki Kids on the Main Stage featuring five children playing the famous Greek instrument.

Some local Aussie talent will also be doing the rounds over the weekend, mingling with festival-goers, including ‘Home and Away’s’ Tim Franklin who plays police officer Colby Thorne, and Lukas Radovich who plays Ryder Jackson.

This year is also significant as Paniyiri Greek Festival becomes the first major event in Queensland to begin the journey to become totally compostable. All food will be served on compostable packaging and all stalls and stands compliant. The community has joined the Containers for Change scheme, with funds raised from all single use bottles going to various charities.

A community initiative of the 25,000 strong Greek community of South East Queensland, all funds raised through the event are channelled back into the community via the Greek Orthodox Community of St George. READ MORE: Our Cypriot Kitchen: A cookbook by the The Cypriot Youth of Brisbane full of Cypriot delicacies

EVENT HIGHLIGHTS
EAT: More than 30 authentic Greek food stalls will showcase the tastes, recipes and secrets from all regions of Greece, including the Aegean, Ionian, mainland Greece, Chios, Crete, Rhodes and many more, as well as from Cyprus: loukoumades, haloumi, dolmades, yiros, souvlaki, spanakopita, keftedes, moussaka, baklava and more (and if you want the recipes, just ask)! Plus, for the first time ever in Brisbane, Nostimo Greek Restaurant will feature two days of Greek Yum Char created by Chef-in-Residence David Tsirekas.

THE PLATEIA returns for a third year! Celebrating the sights, smells and tastes of a traditional Greek village while paying tribute to the distinctive Cycladic architecture, The Plateia beside the Greek Club serves traditional Greek coffee, frappe and freddocinos, and is home to traditional a Greek Taverna with lamb, pork and chicken cooked over coals, as well as music by DJ Peter Angelo, and more. It’s like stepping into a Greek island village. 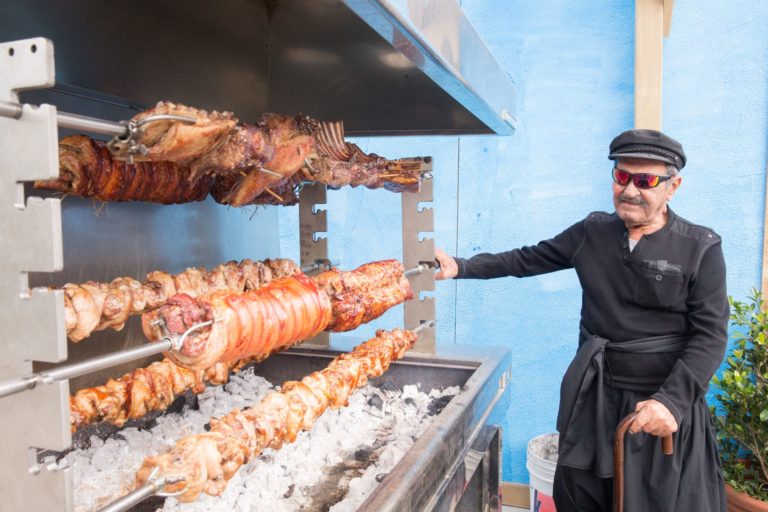 DANCE: Join the Hellenic Dancers and visiting Greek dancers as they perform the famous Zorba, Sirto, Kalamatiano, Sousta and more. Zorba Musical Chairs and Zorba ‘Til You Drop are hugely popular events and will be held on both days.
Saturday evening is about dance and celebrating the 90th anniversary of the Greek Orthodox Church of St George:
· The Greek Dance Spectacular will celebrate the past 90 years in a stunning show of light and dance, featuring the Bouzouki and performers from the Brisbane Hellenic Dancers, Cretan Association, Cypriot Dance Community, the Greek Orthodox Southside Parish George and the Serbian Orthodox Dance Group. More than 60 dancers will perform a whole range of traditional and modern Greek dances in brilliant traditional costumes and headpieces.
· Stars Go Greek on the Dancefloor will see celebrities from Channel 7’s Home and Away and News, Radio 973 and Radio 4KQ, as well as a number of leading Brisbane personalities learn and perform Greek dances.

GREEK’S GOT TALENT: If you can sing, dance, recite poetry, perform magic, improvise a great story or have your own special gift, then Paniyiri organisers want you for the 2019 Greek’s Got Talent competition (and no, you don’t have to be Greek to enter!). Heats will be held at 2.35 pm on Sunday at the Channel Seven Arena, with the finals at 5.35 pm on the Main Stage.

CULTURAL PROGRAM: In celebrating the 90th Birthday of the Greek Orthodox Church of St George, Richard Fidler will present a special lecture on Saturday between 4.00 pm-5.00 pm. Greek Gospels from the past 90 years will be on display and Father Dimitri Tsakas will conduct tours of the GOC of St George Church.

COMPETITIONS: Paniyiri’s famous Plate Smashing, Honey Puff Eating and Grape Stomping competitions are all back in 2019, along with the new Greek Coffee Race Competition where teams are challenged to combine speed and balancing techniques.

PLAY: The kids can get creative in the free Kids Zone area with art, craft and games all themed around a Birthday Party this year. Also features free Hellenic Dance workshops.

When: Saturday 18 May from 12 noon and Sunday 19 May from 10.00 am
Where: Musgrave Park & The Greek Club, Edmondstone Street, South Brisbane QLD
Cost: Adults (13+) $12.00, Pensioners $5.00, Children (<12) FREE (available online and at the gate).
Getting there: Travel FREE with a pre-purchased Paniyiri Greek Festival ticket to the event on all regular network-wide Brisbane City Council buses and Queensland Rail City Network trains (excludes Brisbane City Council ferries, the G: and Airtrain service).