Survivor’s tale of the German massacre 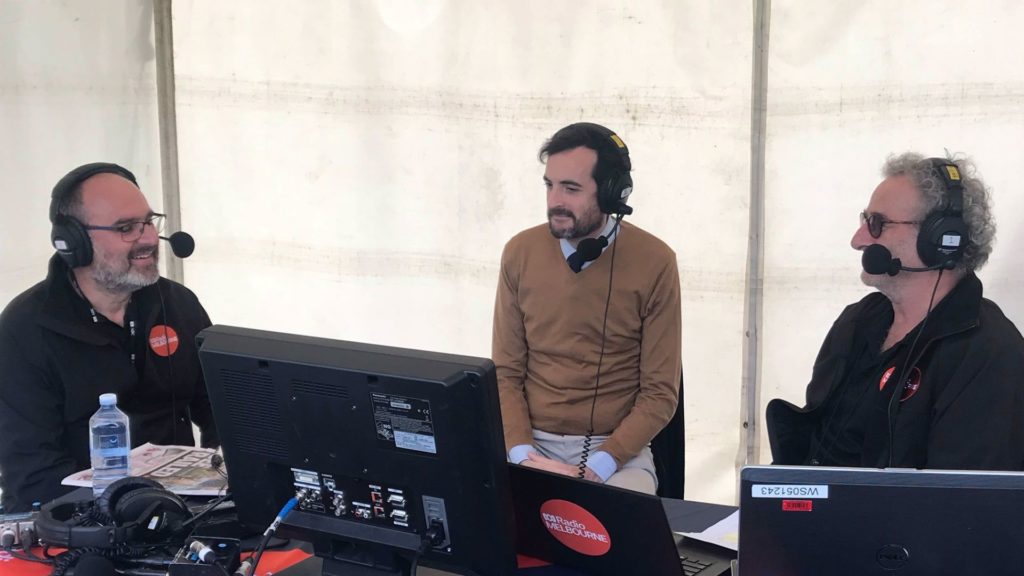 Kon Karamountzos, ABC Melbourne radio producer was researching the infamous Massacre of Kondomari when he met Vassilis Papadopoulos a survivor of another little known massacre in Rethymnon.

Nearly 80 years later Vassilis Papadopoulos, 86, can’t get his mother’s final words out of his mind, “If anyone survives this, please look after my children.”

Germans carried out many mass executions and massacres in Greece. In Kondomari, in 1941, during the Battle of Crete the Germans rounded up 30 to 60 men between eighteen and fifty years of age and executed them.

Karamountzos first heard of “this mass execution of civilians from a friend Nick Michalakis.” He saw photos of German paratroopers smiling while shooting civilians. Five Germans had been killed there and reprisals were brutal.

“The Germans had a ratio – for every five Germans they killed twenty-five Greeks.
“It was I thought the first mass execution of civilians by Germans in Crete and I was interested,” Karamountzos says.

When Karamountzos went to Kondomari he was disappointed that the locals were uninterested in talking.

“They had a blasé attitude to it and I started to think that the whole trip was a waste,” he says.

Contemplating “the waste of time and trying to work out what else could be covered”, he was invited to the military museum in Rethymnon. He decided that “given I had nothing else to do, I may as well go see what I might pick up as a radio producer.”

Karamountzos was talking to the staff when someone suddenly said, “He’s arrived.”

He looked up to see an old man who was introduced to him as Mr Vassilis Papadopoulos.

“He walked in with a walking stick and the military staff became silent,” says Karamountzos

“It was a sign of respect and soon I was to find out, that he was a survivor of a massacre that occurred before Kondomari,” he says.

Karamountzos let Vassilis talk. “He opened up and often stopped to say ‘I do not want to remember,'” Karamountzos says.

Karamountzos saw “the pain in this man’s eyes” and imagined what an eight-year-old victim of a massacre must have felt like.

Vassilis was “initially in wonder and amazed to see paratroopers landing.”

His first meeting of a German was when a soldier pushed a machine gun into his face asking about the whereabouts of Allies.

“This kid did not know what a machine gun was, I mean we grew up with war films on TV he had never seen anything like that.
“He had no tangible evidence of the danger he was in,” says Karamountzos.

The morning of 20 May, 1941, German soldiers went into villages to scare people away as they prepared for the airborne landing. Many of the villagers fled to the mountains.

“Vassilis’ family, his mother, father, brother, grandmother and aunt and some others went towards the sea and hid under a bridge, they camouflaged it but they weren’t aware that the Germans were about to land,” says Karamountzos.

Australian solders on the hill, tried to defend Crete and Vassilis and his family were caught in a fire-fight between the Germans and the Australian troops.

“The Germans then rounded up the villagers shot them then burned their bodies, many were still alive were burned alive,” Karamountzos retells Vassilis’ horror story.

A motorbike courier arrived and handed the Germans a paper and Vassilis’ family were dragged to the beach at gunpoint.

“Vassilis said that when an elderly couple fell over in exhaustion a German simply pulled out a pistol and shot them in the head where they fell,” Karamountzos says. We both stop for a moment to contemplate the coldness, the ordinary yet immense cruelty of the Nazis.

The Germans then opened machine gun fire. Vassilis lost his mother, aunty and grandmother. The Australians tried to stop it by firing at the site and the Germans.

“The banality, the waste… this is what this eight-year-old witnessed,” sighs Karamountzos.

“They sat on the beach waiting for people that were wounded to die, clearing the sand from their faces hugging them as they passed away,” says Karamountzos as his voice cracks.

Vassilis left his mother’s body on the beach and to this day he laments that he could not do what all should, that is bury their mother.

The Australians troops led by Major Ian Bessell-Browne from the 2/3rd Field Regiment tried to save the villagers and Vassilis still refers to the Australians as “heroes and patriots”. The Australians and New Zealanders betrayed by the stupidity of their New Zealand commander of Creforce, Major-General Bernard Freyberg ended up as Allied prisoners of war, or fled to the Cretan mountains to fight alongside the Greek Partisans.

“How can I do justice to a story of such significance?” asks Karamountzos.

“This story has weighed on me, I see the pain in this man’s eyes daily, it motivates me to record these stories for the future because we need to know what fascism and what war really are,” adds Karamountzos.

READ NEXT: Baby without a name grows into a man on a quest to find family