Neos Kosmos talks to Peter Katsabanis – President of World Hellenic Inter-parliamentary Association – about Greece’s participation in the Lockheed Martin F-35 Lightning II jetfighter program and the Association’s role in Turkey being shut out of the deal. 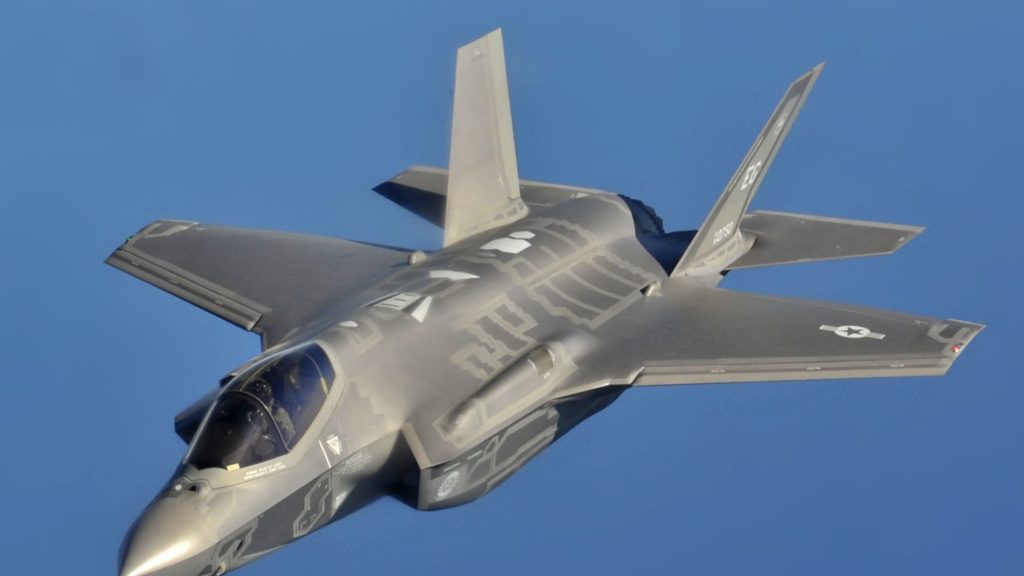 The US Pentagon last week reaffirmed Greece’s interest in purchasing the F-35A fighter jets while, at the same time, removing Turkey from the Joint Strike Fighter programme. The F-35A is a family of single-seat, single-engine, and all-weather stealth multi-role jet fighters.

Ankara’s decision to go ahead with the purchase of the Russian Almaz-Antey S-400 Triumf anti-aircraft system has shut Turkey out of the F-35A jet fighter program.

The US Department of Defence is close to confirming a handshake agreement with Lockheed Martin Co to cut 8.8 per cent from the price of its latest order of F-35A fighter jet. Each aircraft will cost around $80US million from $89.2 million under a deal inked in August 2018.

“Turkey is not a trustworthy ally given that they are trying to buy F400 missiles from Russia while, at the same time, wanting to be involved in the F35 program.”

The Association’s President added, “There is much work that is going on in the US Congress, guided by our American members, including our board members who have been active in letting the Congressmen and Congresswomen, as well as their Senators, know that NATO needs real and secure allies.”

The WHIA, says Katsabanis, is “a network of elected members of parliament, all of us of Hellenic and Hellenic Cypriot background, from various parties, and from across the world, from South Africa Argentina, Australia, US, Canada Israel from elsewhere, who promote interests across the globe that are critical to Hellenism.

“The WHIA has significant access to Ministers, Prime Minister and the President of the Hellenic Republic,” added Katsabanis.

“Our role is to advise Greece but we also have significant impact on our parliaments across the world in promoting the interests of Greece, and Hellenism,” Katsabanis said.

Katsabanis highlighted to the recent rebuilding of “deep relationships between the United States and Greece”
He said that this happened over the last three years, and it is something that the Greek government, led by the left-wing Syriza party, “does not get enough credit for.”

“The efforts our members have made in building those relationships, and in utilising them for strategic and economic advantage can not be ignored.”
In relation to Turkey being shut out of the F-35A program, Katsabanis underscores the influence of WHIA.”It was no accident,” he said.
He emphasised that Turkey needs to be brought back into the fold through dialogue. Turkey, he said, should reaffirm its commitment to democracy, freedom of religion and the values of NATO.

“The Western Alliance cannot have an unreliable partner who is buying a jet fighter from the US and then a missile system from the Russians designed to shoot that jet down.

“It also leads to intellectual property being compromised in a global level,” said Katsabanis.

The President of World Hellenic Inter-parliamentary Association added, “This is the strongest I have seen the geopolitical position of Greece in relation to Greece and its other partners key partners in the region Egypt and Israel”.

Katsabanis praised Israeli Prime Minister Netanyahu’s work in building the tripartite “relationship between Greece, Cyprus and Israel” and in turn the Greek socialist Prime Minister, Tsipras’ role in “strengthening the relationship with Cyprus, Egypt and Israel.”

The potential customers for the F-35 along with Greece include Singapore, Romania, Spain and Poland.

The Hellenic Air Force will have to make substantial adjustments to be able to maintain and support the F-35A given the nation’s economic situation.

The purchase of 15 to 20 of the new all-weather fighter would take place over a period of 10 years.

On Tuesday 11 June alone, Turkish jets violated Greek national airspace 99 times, according to the Hellenic National Defence General Staff. This was in response to annual exercises by the Hellenic Navy in the Aegean and the shutting out of the F35A program according to Greece’s daily newspaper Kathimerini.