Greek and Australian athletes are among the world’s greatest 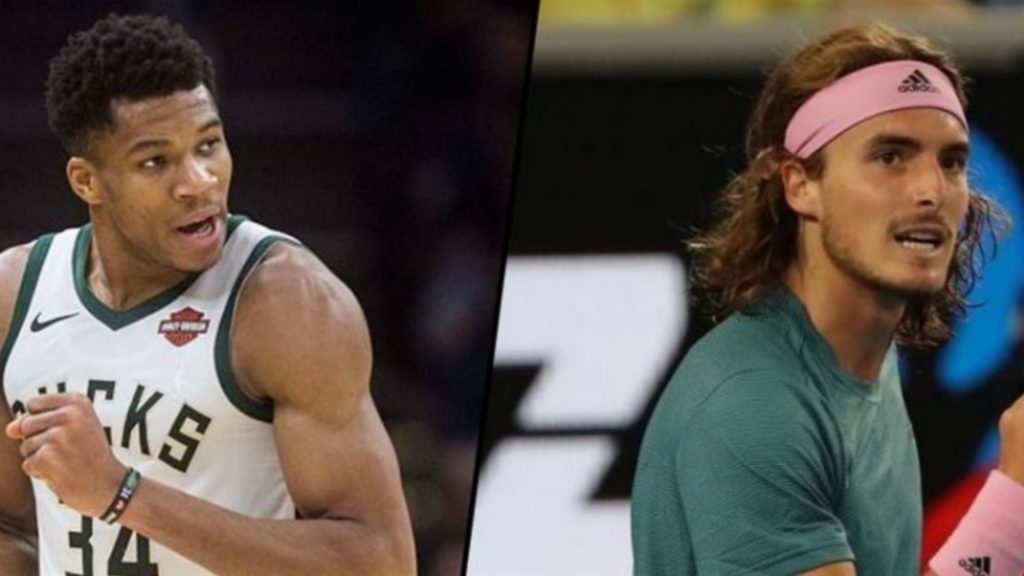 The nominations for this year’s ESPY Awards in the United States were made public and also include the names of some Greek and Australian athletes that have distinguished themselves in their respective sports.

Naturally, the names of NBA player Giannis Antetokounmpo and tennis young gun Stefanos Tsitsipas could not be missing from the list of greats.

All-star NBA player Antetokounmpo received two nominations, the first in the category of Best Male Athlete, along with Patrick Mahomes of the Kaiser City Chiefs, Mookie Betts of the Boston Red Sox and golfer Brooks Koepka, and the second in the Best NBA Player category, where he will compete with James Harden of the Houston Rockets, Kevin Durant of the Golden State Warriors and Paul George of the Oklahoma City Thunder. The player blitzkrieged onto NBA, and is an ambassador for Greece, as is indicative from the fact that the name ‘Giannis’ having skyrocketed a choice for babies in the US.

Another amazing athlete, Tsitsipas, received a nomination for the Best Male Tennis Player, figuring beside three legends of the sport such as Roger Federer, Rafael Nadal and Novak Djokovic. Considered an outsider, the very fact that his name is included on such a list is a huge badge of honour for the 20-year-old player who is the son of Julia Apostoli (née Salnikova), a great Russian tennis player in her own right.

Both Antetokounmpo and Tsitsipas are on their way to becoming household names, and Greek Prime Minister Alexis Tsipras was quick to praise the two in an interview with Greek Sport24 radio station. “Antetokounmpo is a special case and I find it interesting that Giannis forced us to see the other side of children who are born in Greece but have origins from countries. I consider him the best player in the NBA and I think he can get the title of the MVP. When I have time, I am following his games”.

Matilda Sam Kerr who is currently shining bright at the FIFA Women’s World Cup is also up for a couple of awards, including the Best International Women’s Soccer Player, where she will be contending with Norway’s Ballon d’ Or winner Ada Hegerberg, Pernille Harder from Denmark and Lucy Bronze from England, and the Best NWSL Player, alongside Lindsay Horan and Adrianna Franch of the Portland Thorns and Abby Erceg of the North Carolina Courage.

The ESPY (Excellence in Sport Performance Yearly) Awards were first introduced in 1993 by the American TV sports network ESPN (although they are currently presented by ABC) as a means of recognising annual individual and team achievements within the athletics field.

They are considered highly prestigious and the ceremony is usually held at one of the most recognisable venues in the United States (with the Microsoft Theatre of Los Angeles housing the past 12 editions) and hosted by a well-known figure of the film or sports industry.

This year they will be held on 11 July, with popular actor and comedian Tracy Morgan serving as host.