Friday essay: diversity in the media is vital – but Australia has a long way to go

Diversity in the media is no longer just about minorities; it is well and truly a mainstream issue 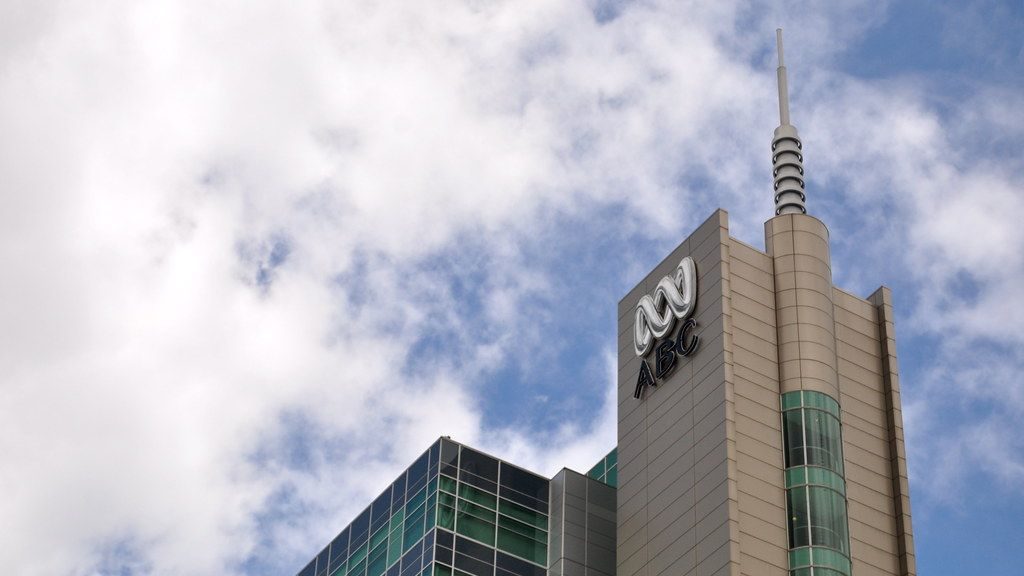 The inaugural Walkley Award for Media Diversity will be announced on June 26, and has had an impressive number of entries for what was once regarded as a niche area.

Diversity in the media is no longer just about minorities; it is well and truly a mainstream issue. Streaming company Netflix  has appointed an executive to oversee its diversity and inclusion strategy. British media companies like The Financial Times, The Telegraph and Sky are following suit.

As we face a growing tide of unregulated hate speech, the role of the media is crucial in normalising diversity and demolishing the “othering” of difference that divides us. So how is the Australian media faring in the diversity stakes?

The screen diversity network represents the peak commercial network body FreeTV as well as the public broadcasters and national and state screen funding bodies; all 22 members have signed a charter to promote diversity.

The Nine Network’s ‘Today Show’ is fronted by two women; its entertainment reporter is Indigenous journalist Brooke Boney, and Syrian-born Sara Abo is a journalist on 60 Minutes. Channel Seven was recently given an international TV Excellence award for its portrayal of LGBTQ issues on ‘Home and Away’. It has also promoted female directors.

But there is still much work to be done in the journalistic sphere. Recent research  by Deakin University academics, for instance, found that more than a third of media articles reflected negative views of minority communities.

The Media Diversity Walkley will award reporting that is nuanced enough to alter perceptions and attitudes, challenge stereotypes and fight misinformation. (The finalists are all ABC journalists). The Walkley Foundation created the award with the assistance of a non-profit organisation called Media Diversity Australia, set up by two ex-ABC employees, Isabel Lo and Antoinette Lattouf.

“It’s not a ‘brown award for brown people’ because all journalists irrespective of background have a responsibility to be fair and balanced in the often complex area of culture and disability reporting,” said Lattouf, director of the organisation and a senior reporter with Channel 10.

Media Diversity Australia has begun a diversity audit of free to air journalism across all Australian networks. From morning television to late night current affairs, it will interview content makers and senior editorial staff. The research will be carried out by several academics, including former Race Commissioner Tim Soutphommasane. As Latouff explains: “The academics will then draw on international comparisons and evaluate strategies that have worked abroad in places like Canada and the United Kingdom and America and make suggestions for local media outlets.”

So how much catching up has Australia got to do? Deborah Williams is the executive director of the UK’s Creative Diversity Network, which works to improve representation in the United Kingdom. Recently, she was asked this question  by Professor Larissa Behrendt on ABC Radio.

Australia, she replied, “is where the UK was 20 years ago”. Both women then erupted into embarrassed giggles, agreeing there was still work to be done.

The importance of empathy

That diversity is good for business is well documented. Advertising campaigns now regularly feature diverse faces and blended families. But the media has an important role in reflecting difference and eliciting empathy for those from diverse backgrounds.

When the Easter Sri Lankan suicide bombings devastated a country that had only just emerged from a 30-year civil war, the world was shocked. But incredibly, according to Google Trends, there was up to nine times more search interest in the Paris Notre Dame fire than there was for the Christian dead in Sri Lanka within 24 hours of each event.

ABC journalist Avani Dias wrote a moving oped challenging our deficit of empathy for the victims of this bombing. “You may have also been at an Easter service or celebrating the holiday with your family,” she wrote. “This is relatable. … Maybe you haven’t travelled to Sri Lanka – it’s true that fewer Australians travel there than France – but all of this is relatable. All of this should be close to home.”

Relatability and empathy is what makes storytelling powerful. Brooke Boney is a young Gamilaroi Gomeroi woman who moved from morning radio on ABC Triple J’s Hack to Channel Nine’s Today Show. Within days of starting work there, she had made an impact.

For a moment, last January, I thought I was watching SBS when presenter Deborah Knight declared “we are a country with a diversity of cultures” and then threw to Boney for her thoughts on the significance of Australia Day.

READ MORE: Opinion: The evolution of racist language in Australia

“I can’t separate the 26 January with the fact that my brothers are more likely to go to jail than they are to school,” said Boney. “Or that my little sister or my mum are more likely to be beaten and raped than anyone else’s sisters or mum. And that started from that day. So, for me it’s a difficult day and I don’t want to celebrate it … That is the day that it changed for us. What some people would say is the end. That’s the turning point.

The audience got a measured, normalised discussion and a dose of empathy. Co-host Georgie Gardner finished with, “Thank you for the insight Brooke”. And at breakfast tables across the country, a conversation was started.

The ABC should be commended for its work in hiring and training journalists like Boney and Dias, but it has a problem retaining them.

Media Diversity Australia has been conducting workshops in Sydney, Melbourne and Brisbane and surveying former ABC staff of culturally and linguistically diverse backgrounds. Chair Isabel Lo says there is dissatisfaction in how some are treated at the national broadcaster.

One experienced reporter, she says, was often mistaken for a cadet or work experience junior. “They often feel pigeon-holed when it comes to stories they are enlisted to cover or when their opinion is sought.”

The ABC has had various programs in place aimed at achieving diversity in staff and content. Several years ago, there was the Diversity Action Group. That was disbanded and there is now a Diversity and Inclusion Standing Committee. It has series of interconnecting groups containing heads of departments at the top, who work across and down to diversity “champions”.

These are people representing women, Indigenous, disabled and LGBTIQ employees and those from culturally and linguistically diverse backgrounds. The champions are often consulted on broadcasting content issues relating to diversity.

But Isabel Lo says this can inadvertently lead to pigeonholing. “One reporter was continually referred to as Chinese and asked about Chinese New Year and for Mandarin translations, despite repeatedly telling them that is not where the individual’s family hails from, they are in fact Vietnamese.”

Done badly, diversity policies can backfire. According to former UK broadcaster Trevor Phillips, some efforts at diversity are “tokenistic” with many television stations “self-congratulating their efforts”.

Quoted in the Press Gazette, he said a lack of diversity at the top of the industry had led to “big mistakes”.

“Our efforts, I would be generous to describe them as tokenistic. The gap between the self-estimation in this field and its actual reality is probably wider than in any other sector I know.”

He said policy is driven by fear of being seen to be racist rather than actually facilitating equality of opportunity.

Is the ABC meeting its own diversity targets?

When Michelle Guthrie took over from Mark Scott as ABC managing director, she made a commitment to diversity a top priority. Speaking in October 2016, she stressed that diversity is key to relevance.

I have driven this issue hard in my first six months at the ABC. Not because as a daughter of Chinese Australian parents I can claim some sort of moral superiority on the issue. But it is because the ABC Board and I fervently believe that the national broadcaster can only truly reflect cultural diversity if it lives it.
But at the time of her departure three years later, her final Equity and Diversity Annual Report had failed to meet several long-held targets.

The percentage of employees with disabilities – across the board – actually fell from 7 per cent to 5.7 per cent.

While the ABC publishes its diversity figures online, all other free to air television stations were also contacted for information on their diverse hires. Either none was available or emails were not returned.

After three email requests, SBS sent a response that was too late to be analysed properly for this publication. An SBS spokesman said 51 per cent of employees speak a language other than English at home and 44 per cent were born overseas. However, these figures also include the specialist language radio programs. The overall figure for Aboriginal and Torres Strait Islander employees is 4 per cent, but this includes NITV. 14 per cent of employees identify as being members of the LGBTIQ community and SBS took home brand of the year for the third year in a row at the LGBTI Awards.

I sent a list of questions to the ABC seeking a response to its diversity figures and to Media Diversity Australia’s claims about the pigeonholing of employees from culturally diverse backgrounds. An ABC spokesperson said having a diverse workforce is a strategic priority and a standing agenda item at every leadership team and board meeting. Said the spokeswoman:

The ABC endured debilitating funding cuts during Guthrie’s tenure, with an estimated accumulated reduction of $393 million over five years. The spokesperson says external pressures such as a climate of budget cuts and hiring freezes have affected the ABC’s ability to meet its diversity targets.

Following the most recent headcount freeze, initiated in early July 2018, the number of jobs advertised externally dropped from 64 per cent (in the second quarter) to 28 per cent (in the third quarter) reducing the opportunity to pursue our diversity targets through external recruitment.

Research worldwide shows that when budgets are cut, so are diverse hires.

Isabel Lo agrees. Working under the spectre of austerity is “stressful at the best of times,” she says, but tends to penalise those from culturally and linguistically diverse backgrounds. “They are arguably the newer and more junior hires on short-term contracts, easily expendable when making budget cuts.”

The ABC is facing more cuts, according to managing Director David Anderson, and this does not bode well for diversity. This week he flagged prioritising a diversity of political views among panel show guests.

ABC Chair Ita Buttrose has already highlighted the need for an ABC board with relevant media experience. But what has never been achieved, and arguably is needed more than ever, is a board that reflects the diversity of Australia.