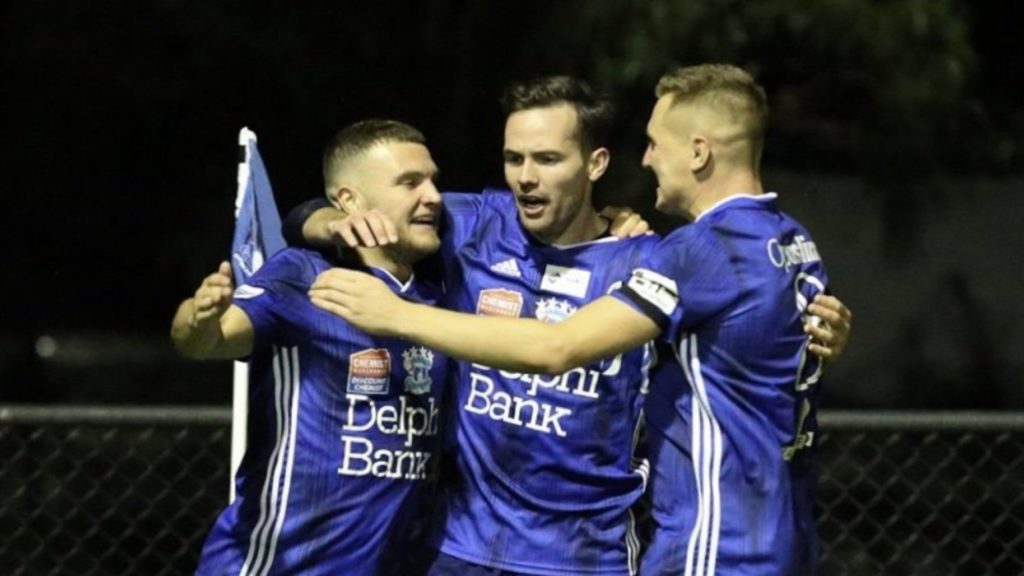 Two NPL teams that have been able to revive their seasons after poor starts to their campaigns, will come face to face at Jack Edwards Reserve on Saturday evening in one of the highly anticipated matches of Round 21.

Flash back to Round 11, and Oakleigh Cannons and Dandenong City were lying low on the NPL ladder in 12th and 14th spots respectively, contemplating how to survive the season. But since then, each team has strung together an undefeated run of nine matches, which has taken the Cannons to the foot of the top six, and City clear of the relegation zone.

The midfield contest between City’s ex Melbourne Victory signing Carl Valeri and Cannons Joe Guest could prove a key factor in determining the outcome of this match.

In another Saturday evening match, Port Melbourne Sharks will be trying to stay within reach of the top six when they host relegation threatened Dandenong Thunder. Thunder’s all four wins this season have been away from home and they come into the game on the back of good recent performances against Dandenong City and Bentleigh Greens. Ace striker Brandon Barnes looms as a threat for any defence. The Sharks on the other hand will be keen to grab all three points ahead of matches against strong opposition in the run home. The Sharks play five of their remaining six matches at home where they have lost just once this season.

On Sunday at Lakeside, two old rivals come together when South Melbourne hosts Melbourne Knights. The Knights are in sixth place on the table just two points ahead of South Melbourne. The two sides last met just a month ago when the Knights knocked South out of the FFA CUP qualifiers with a 4-2 win at Knights Stadium thanks to a Hamish Watson hat trick. South has been having trouble finding the net in recent games, failing to score in four of their last six league matches including last week’s scoreless draw against Green Gully.

A Monday night Greek derby completes Rd 21 when bottom of the table Kingston City hosts second placed Heidelberg United. City, which lost a relegation six pointer against Pascoe Vale last week, can expect few favours from the Bergers who will be keen to consolidate second place on the table after last week’s hard fought win away to Altona Magic thanks to a second half Reuben Way goal.

In NPL 2 E Rd 21 action, Northcote City hopes to recover from a serious stumble in its race for a top two finish, when it visits Murray United today after last week’s disappointing 4-1 loss at home to Goulburn Valley Suns.
Also today, Box Hill United hosts league leader Eastern Lions, whilst on Sunday in NPL 2 W, Brunswick City is away to Melbourne Victory NPL side.