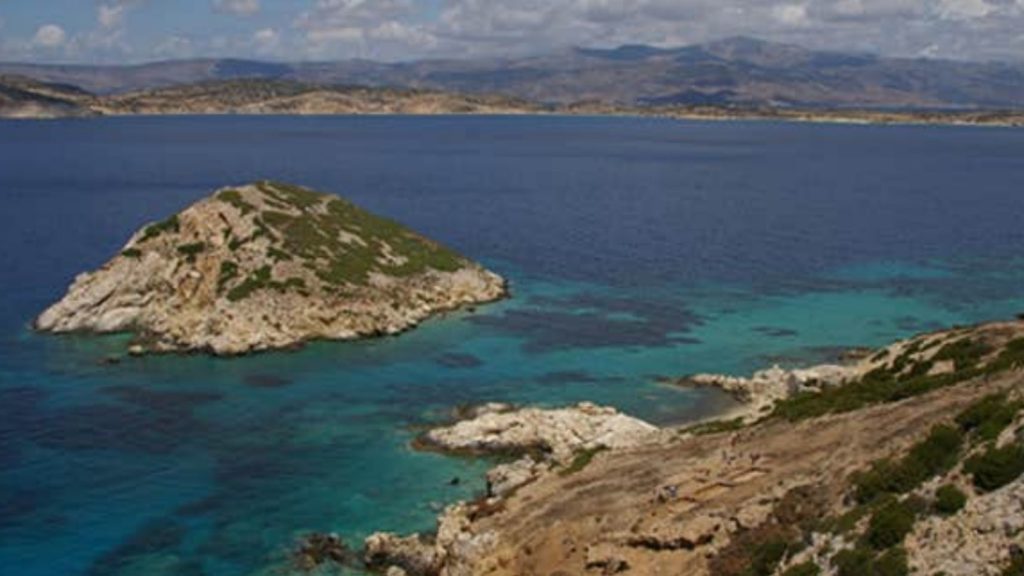 Keros is the site of an important archaeological discovery

A complex of 60 marble buildings, dating back 4,600 years, have been unearthed on a tiny mountain-peak-shaped island known as Daskalio, off the coast of the Aegean island of Keros.

Excavations began four years ago, but detailed data analysis over the past 12 months has revealed the true scale of the complex that transforms experts understanding of Bronze Age culture.

The latest findings show the ruins of a pyramid-shaped compound – believed to have been a prehistoric sanctuary that stood shimmering at its summit and was visible from several kilometres away. The construction suggest that early Greeks were “organisationally, technically and politically” much more advanced than previously thought.

The excavations and analysis of the finds directed by archaeologists of Cambridge University’s McDonald Institute for Archaeological Research show that early Bronze Age Greeks made at least 3,500 sea voyages to transport materials to build the glittering complex designed to glisten in the sun. In journeys, totalling 45,000 miles, there were between 7,000-10,000 tonnes of shining white marble shipped from one Aegean island to another. The prehistoric marine transport operation is the largest that has come to light so far and demonstrates how integral seafaring was to these early Bronze Age Aegean people.

“Our investigation has been transforming our understanding of early Bronze Age Cycladic culture and suggests that these very early Greeks were organisationally, technically and politically much more advanced than previously thought,” they said.

According to co-excavator professor Colin Renfrew, Daskalio indicates that the building techniques that were applied, the existence of huge entrance gates, stone ladders and the drainage pipes throughout the island show that there must have been a specialist architect and a central administration to carry out the building programme. He said the complexity of the construction is only comparable to Knossos on Crete for the same early period, he said.

The ministry added that materials discovered, including the marble and obsidian, show that the settlers were expert seamen and trade extended over a wide network reaching beyond the Cyclades.

Co-director of the site Michael Boyd added that a unique feature of the site includes the fact that metallurgy played a significant role throughout the life of the settlement. Its extent and scale prove a constant replenishing of raw materials from western Cyclades and Attica, and a social structure that trained and passed skills on to newer generations.

The fourth and last excavation period in the “Keros-Naxos Sea Roads” project took place in September and October 2018 by Cambridge University under the aegis of the British School at Athens and the supervision of the Antiquities Ephorate of the Cyclades, represented by Irene Legaki. The four-year project picked up from where the previous excavation cycle concluded in 2008 at Kavos Daskaliou.