If Kanye and the Kardashians can peddle their own modern celebrity brand of ‘Sunday Services’ with a band, choir and hip hop why couldn’t we? 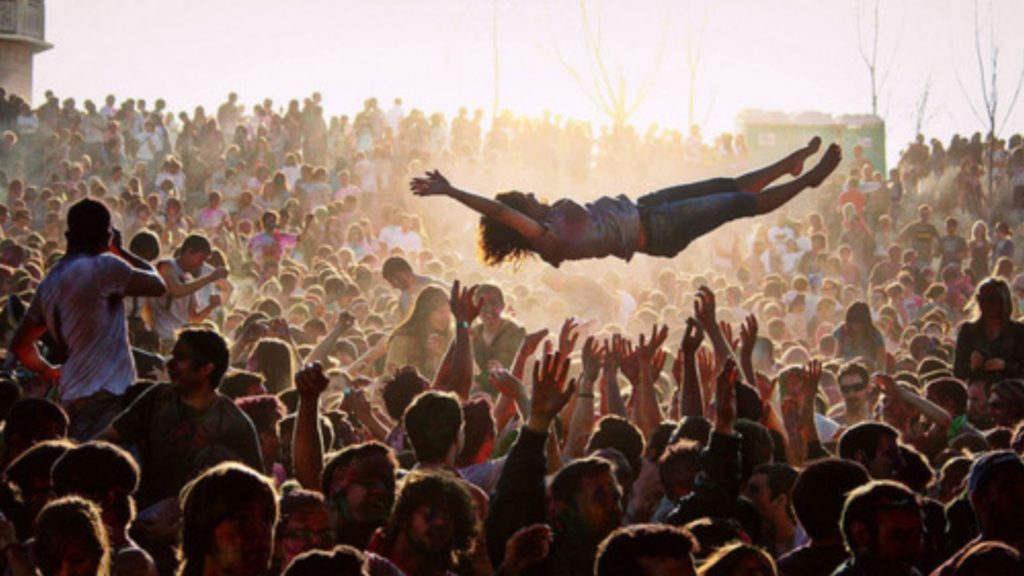 Hordes of young people in a state of excitement. Photo: favim

I read Jeana Vithoulkas’s opinion piece recently and was not surprised to find many valid points. Shared experiences too.

But I’d like to raise the stakes. Up the ante.

Instead of the Greek Orthodox Church acquiring some degree of flexibility and adaptation as she suggests, might it be better if we changed it instead? After all, the occasions Jeana mentions bear testimony to the fact that the Orthodox church, left to its own devices, is quite stubborn. Further, if eventually the attempt to change the church fails, how would we feel about dispensing with it all together? Its survival is not mandatory, but could we live with ourselves?

I for one appreciate the cultural value of our religious capital and often wonder about the gap its deterioration may leave. I’m a fan of Byzantine hymnography, iconography, religious architecture and indeed gastronomy. Nonetheless if they go, they go. Like the church, I too see the utility in sacrifice. I can stomach it. Especially if something worthwhile emerges to further our community narrative.

So, could we really change the Orthodox Church? What form would it take? Is there a problem with the church? Or the belief in God? Well, in the name of change, the spirit of open inquiry, and just for the heck of it, let’s give it a shot.

I have a suggestion to get the ball rolling.

If Kanye and the Kardashians can peddle their own modern celebrity brand of ‘Sunday Services’ with a band, choir and hip hop why couldn’t we? Greek music is littered with devout, sobering and uplifting ditties. No sins, no gods, no demons – just feel good, soothing up-tempo spiritual music we can all appreciate, and a great social occasion to look forward to. Out with obscure language, morbid religious fairy tales, prohibitions, dogmatism, Christian clichés, and, most importantly, those damn sheep, flock and shepherd metaphors. Church services and mysteries can be tailor-made, de-mystified and personalised to suit occasions and taste (if we must) and church buildings can triple up as museums and social clubs. Picture it. An Orthodox Hillsong type musical praise and non-worship group! If it’s good enough for our Prime Minister …

See it as an opportunity for transformation. A chance to have an honest discussion about reality and our place in it. To move forward. Instead of mourning this refurbishment, why not rejoice at our potential emancipation from primitive agrarian religious scriptures that have caused so much confusion, partition, despair, brutality, bloodshed, sexual repression, inequality, and agony?

Regrettably, not all can embrace this metamorphosis. The first generation of migrants – our parents and grandparents – are, ironically, mostly beyond redemption. The second has been somewhat divided unsure of which way the wind blows – faitheists – and in the main, bound by culture and not by faith. The third and following generations? Well, if we manage to slow or stop the indoctrination of children, they might be rewarded. Children should be afforded the right to remain free of religious shackles until they learn reason. By declining to lie to them and ourselves we can continue the pursuit of difficult truths we face, personally and as a community, under the auspices of honesty and moral bravery.

And if this renovation sounds a bit too capricious and absurd to visualise then maybe it’s just time we ditched the whole thing! Throw out these ancient religious tales and their guidelines. It’s immoral to apply them to our lives so many millennia after their invention. The passage of time has rendered them cruel and irrelevant. Modernisation is almost a Sisyphean task. Futile. The church cannot survive it. God cannot survive it. Belief in a heavenly master amounts to nothing more than an argument by assertion anyway.

READ MORE: Web Words: Reader opinions on the Church and the dress code

Of course, we all have the right to believe what we wish. However, that right should not afford us immunity from ridicule and criticism, whether a believer or not. Faith is a verification of credulity and cannot be used as a defensive tool. Importantly, it’s also not a confirmation of our identity. For although it has been fashionable to view our identity as a combination of the Greek language and Orthodoxy, it can survive and prosper without the latter.

Don’t we deserve better? Shouldn’t we strive for arguments informed by our reality and the resolve to look that reality in the eye no matter how much we like or don’t like what we see? To ask questions that matter about our nature, ethics, interactions and the future of our world? Even the future of our church?

It takes courage to accept that the universe has bestowed upon us a brittleness that time devours. Who wants to get sick? Die? Not one of us. Yet we will. Ancient books and modernised ‘churches’ will not save us. Nor will a divine father whose best plan for humanity was apparently to sacrifice his son to atone for sin.

We must therefore act to free ourselves from ‘traditions not worth retaining’ as Jeana puts it. And in this case, it might just be the tradition of the church itself.

After all, only human solidarity, inquiry and freedom of thought have ever been capable of producing real miracles.

READ MORE: Australia’s Greek Orthodox Church is steeped in tradition, but things are different in Greece