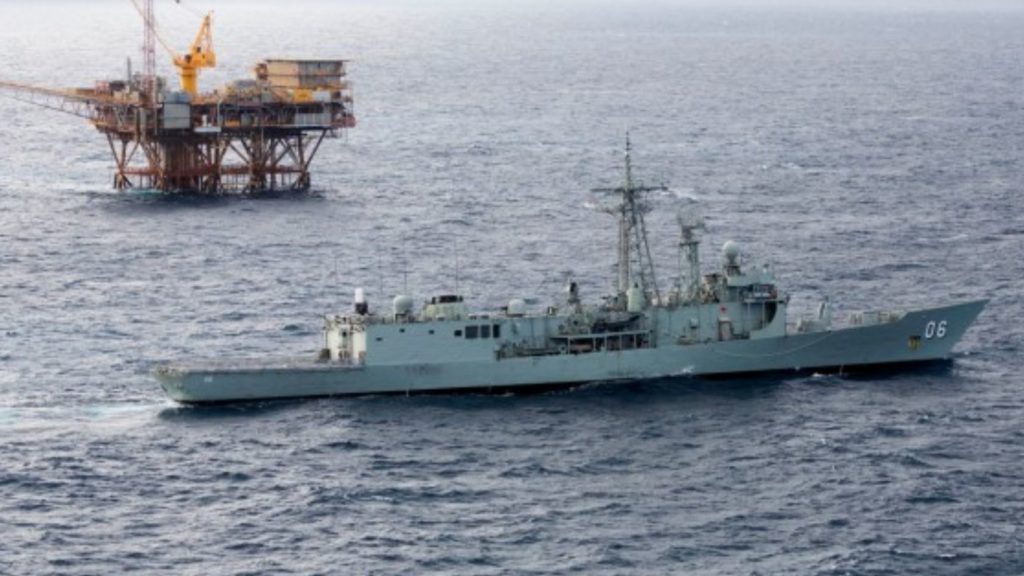 The Australian defence ministry has moved forward on the possible sale of the Adelaide class FFG frigates to Greece, according to a report in the Australian Defence Magazine.

Greece is urgently seeking new frigates to patrol and protect gas fields around Cyprus as tensions have been growing with Turkey, however the Australian Department of Defence is keeping its cards closed regarding a potential deal with Greece.

High-ranking Hellenic Navy officials were hosted on-board HMAS Newcastle when it was docked in Singapore during the Indo-Pacific Endeavour in May. Greek defence forces have indicated that officers left without proceeding as they were allegedly ‘not satisfied’ with the condition of the ship and also expressed concerns about the availability of spare parts.

The Australian Defence Magazine sources state that the “HMAS Newcastle hosted numerous international guests, including representatives from the Greek Government, in Singapore as part of the very successful Indo-Pacific Endeavour 19 program,” however did not confirm that the Greek officials were not satisfied with the equipment.

“Defence has no further comment to what was previously provided,” the spokesperson said.

A meeting was requested with Vice Admiral Kyriakou Kyriakidis at the Australian Embassy in Greece. A Greek government press release, stated that “issues of mutual interest in the field of defence equipment and cooperation in the defence industry” were discussed.

Greek sources believe that the US sees the Adelaide-class frigates as having an interim capability for Greece, able to fill acute operational requirements whilst American-designed ships (possibly an LCS variant) are built locally. Relationships between Athens and Washington could be strengthened by a joint sale of Australian FFGs and future American frigates.

US Secretary of State Mike Pompeo recently met with former Greek prime minister Alex Tsipras, Israeli  Prime Minister Benjamin Netanyahu and Cypriot leaders in Israel to discuss Greek-Cypriot-Egyptian energy cooperation. Furthermore, ties look even more fruitful now that Athens has allowed for North Macedonia to join NATO to help strengthen US influence in the Balkans. The recent F-25 debacle between US and Turkey, would also help Greece win greater influence with the US.