Commissioned by the committee, Lemnos & Gallipoli Revealed – A Pictorial History of the Anzacs in the Aegean 1915-16 is an important addition to the literature linking Australia and Greece.

The 350 page book features lavish reproductions of over 300 photographs taken by the Anzacs themselves as they arrived on Lemnos’ shores during the Gallipoli campaign, the vast majority of which have never before been published.

They capture the transformation of Lemnos into an armed camp, the establishment of its soldiers’ rest camps, field hospitals and supply bases and other infrastructure, but most importantly the interaction of these young Australians with local villagers with locals being tended in the Australian hospitals, the Anzacs traversing the kafenios, thermal baths, local churches and villages.

The photographs are placed in context with the words of the diggers and nurses themselves, including Matron Grace Wilson and Staff Nurse Lucy Daw of the 3rd Australian General Hospital and many others who through letters, diaries and memoirs describe how they experienced the island. The book also tells the story of the war cemeteries created on Lemnos, the young Australians buried there and how this Anzac legacy has been remembered in both countries.

Adding to the richness of the book are original maps drawn by Mr Claven, revealing the key sites connected with the Anzacs on Lemnos during the Gallipoli campaign, as well as reproductions of some of Mr Claven’s contemporary full colour photographs of Lemnos and its Anzac connection.

A trained historian with both Bachelor and Masters Degrees from Melbourne’s Monash University, Mr Claven brings a wealth of experience to the project. He has been researching the Hellenic link to Anzac since 2011, combining academic research with extensive field trips to the sites connected with the Anzacs on Lemnos, Imbros, Tenedos, as well as Gallipoli itself and beyond. 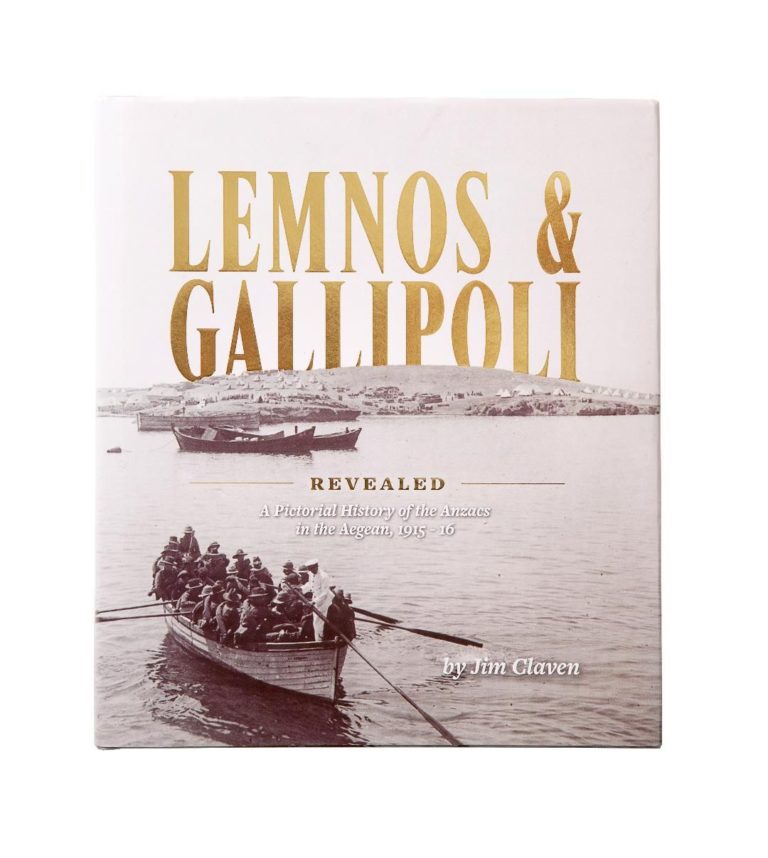 ‘Lemnos & Galllipoli Revealed’ by Jim Claven costs $80.00. It will be available for purchase from the Lemnos Gallipoli Commemoraitve Committee at its annual commemorative service at the Lemnos Gallipoli Memorial at Lemnos Square (Albert Park, VIC) on Saturday 10 August from 11.00 am. Those unable to attend the service can obtain a copy by emailing Committee President, Lee Tarlamis OAM at leetarlamis@hotmail.com.

Proceeds from the sale will go towards furthering the Committee’s work in commemorating the Hellenic link to Anzac, including creating Lemnos’ Gallipoli Heritage Trail.