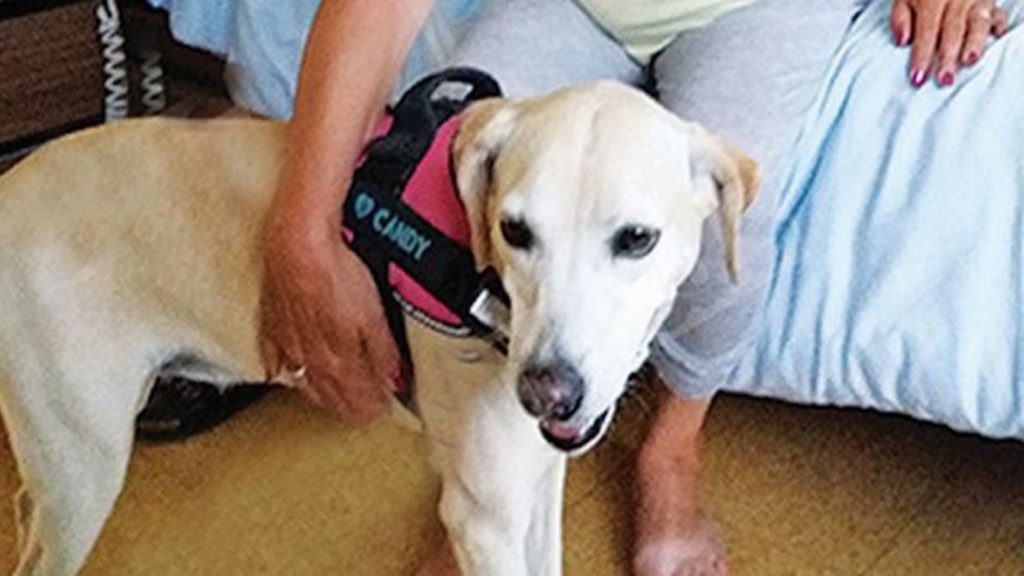 Candy, the stray dog is a clever member of a canine therapy team.

The story of Candy, a stray dog from Pyrgos, in the Peloponnese, has gone viral.

Candy was found several years ago as a stray pup by an animal welfare group. She was just one of the many pups dumped around Greece.

Though Candy was a friendly dog and had many attributes, nobody was found to adopt the stray who lived at a dog shelter for three years.

In 2016, a Swiss nurse known as Sylvie visited the shelter and immediately fell in love with Candy. Having lost a dog a few months earlier, she decided to take Candy with her back to Switzerland, where she worked at a medical institution near Geneva.

The hospital where she works has a programme aimed at using dogs to help improve the physical and mental health of its patients, and Candy managed to pass the necessary tests to be included in the programme.

READ MORE: Stray dogs of Athens at the heart of new documentary

Candy was immediately able to adapt to her new life.