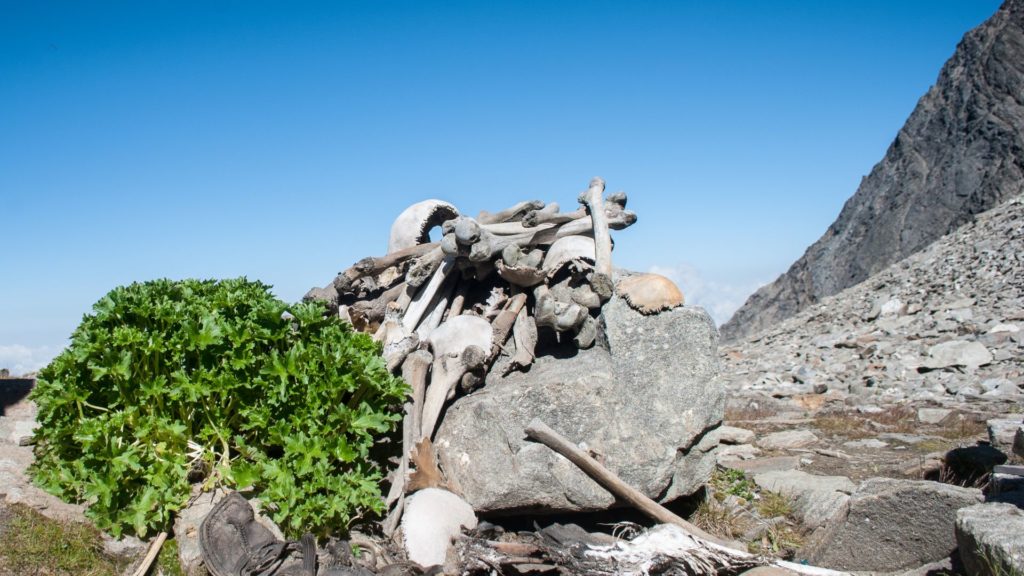 One of two piles of human skeletons discovered by researchers on the shores of Roopkund Lake in northern India are believed to be the remains of Greeks.

Researchers analysed the DNA of the skeletons, which date back to between 1600 and 1900 AD, and found 13 out of 14 skeletons had similar genotypes to people currently living in Crete, as well as mainland Greece.

According to the findings, published in the scientific journal Nature, the individuals all appear to have been healthy up until the point of their death, which remains a mystery.

Meanwhile the DNA of the second group of bones, believed to date back to 800 AD, was found to have similarities with people from South Asia, including modern India and Pakistan.

The bones were discovered at an altitude of approximately 5,000 meters in the state of Uttarakhand, which is a popular destination among those who frequent the north of India.

However the researchers are yet to determine why the group of people from modern day Greece were in this particular area at the time, nor do they have a plausible hypothesis as to why both groups died in such close proximity to one another.

READ MORE: How DNA ancestry testing can change our ideas of who we are