We speak to Effi Tsoukatos about her passion for food, and the stories behind every single bite

It was while sitting around the table at one of their favourite restaurants, over a plate of pappardelle that The Sydney Food Sisters first came to be. A fitting start for passionate foodies Effi Tsoukatos and Caterina Sterrantino, who, while not sisters in the traditional sense, are certainly a family of sorts having been friends for 20 years.

Both entrepreneurs, with their own respective events businesses, the idea was to spread their love of food across Sydney by bringing people together for food and wine events.

From lavish dinners to bus trips through the Southern Highlands foraging for truffles. Giving it a personal touch, they would occasionally share recipes, their family favourites quickly becoming those of others. Word quickly spread, and before they knew it, brands started approaching them to create content, from the recipes to the stories behind them.

What started as a hobby business, has since turned into Effi’s full-time gig, organically morphing from events to food photography and recipe development having worked with Baci Perrugia, Maldon Salt, CSR sugar, Mutti Parma, Lucky Nuts, and Antoniou Fillo Pastry.

“We didn’t expect it, it just happened,” says Effi.

While neither Effi, nor Caterina have any formal qualifications in food, both of their respective families owned restaurants during their childhoods, which may very well have planted the seed.

Caterina is the recipe developer and food connoisseur in the duo, while Effi is the photographer. Taking in her stunning images, like pieces of art, full of emotion, it’s hard to believe that she doesn’t have a formal qualification in the medium, other than a workshop here and there.

“I actually inherited all the camera gear from my late husband a couple of years ago, and it was again a very organic thing. I just picked up the camera one day and started photographing anything and everything, and I found great solace in it; it relaxed me and sort of provided a bit of an outlet at the time when I needed it, and I really enjoyed it,” she says.

Effi’s talent for photography is further enhanced by her natural knack for styling, which is both bold, yet natural and organic.

While events have become increasingly elaborate thanks to the likes of celebrities like the Kardashians and social media, when it comes to the food scene, she says things are being pared back a notch.

“When you walk into restaurants these days, well in Sydney restaurants anyway, things are a lot more clean line, and same with the food on the plate – it’s not overdone. I think people are coming back to that really sort of organic, natural feel.” 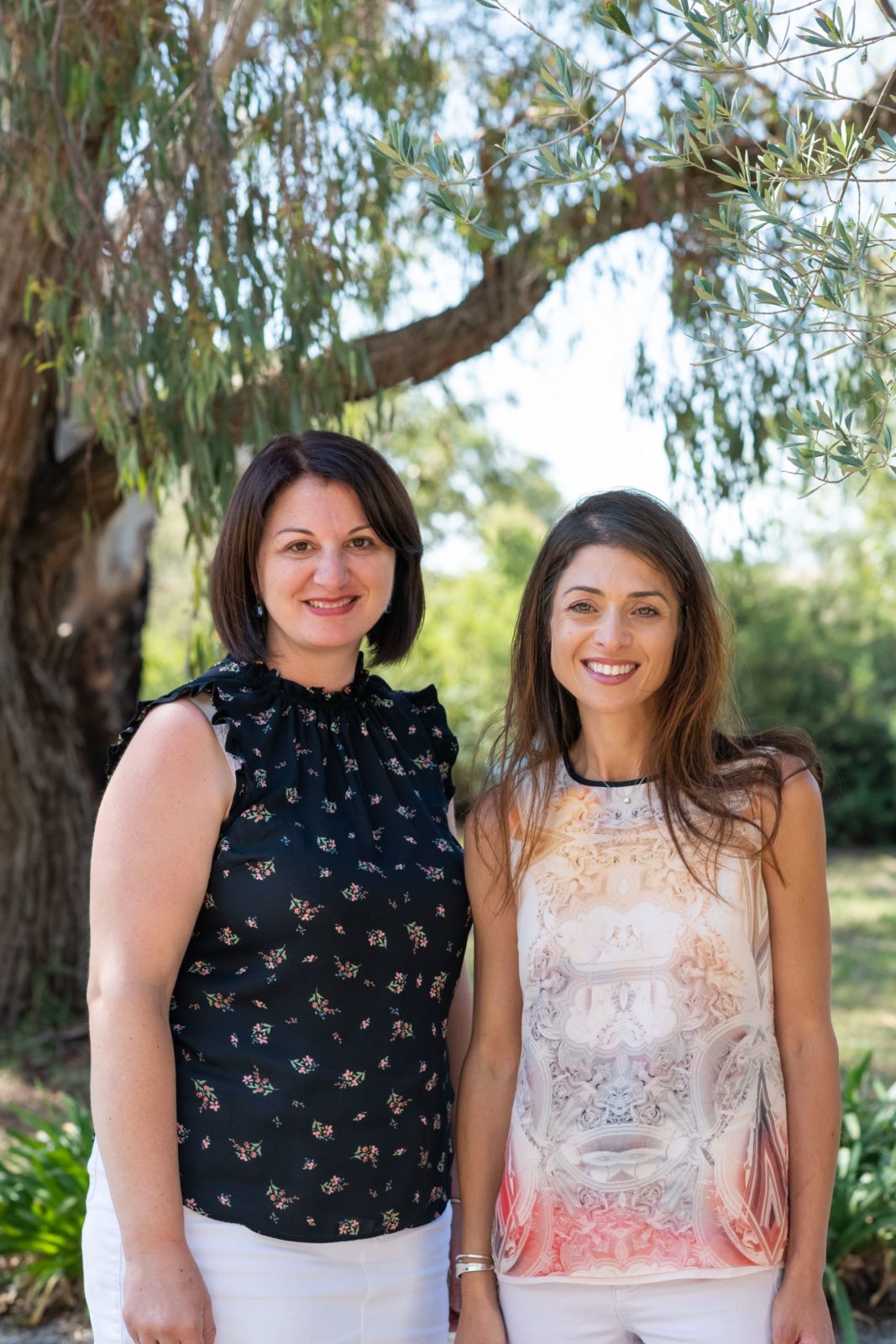 Aside from aesthetics, it’s the produce itself that Effi is truly passionate about, and spreading the message about eating seasonally, something which started in her own home from an early age.

“Caterina and I were raised understanding what we were eating and where it was coming from. Dad would slaughter the chooks in the backyard and they would run around without their heads on and we understood that, that would then become avgolemono soupa; we understood that and we didn’t cringe at the idea,” she recalls.

“But these days, children, even adults, don’t understand how a tomato is grown or that a potato comes from underneath the earth. A lot of people, you would be surprised, don’t know this sort of stuff.”

The Sydney Food Sisters are apart of the movement that is informing and educating people, working with clients such as the Sydney Markets and collaborating with farmers and fruit and vegetable merchants.

“Our story is to tell people where the produce comes from and how to use it. That’s the best part of what we do,” Effi says.

“When you understand where it comes from, there’s a greater respect for food. Understanding that someone’s hard work has gone into growing something, whether it’s cattle, a lettuce, herbs, whatever it is, always makes you treat the produce differently. You don’t want to waste any.”

One of Effi’s main concerns, is the lack of knowledge surrounding seasonality; people expect to have access to all foods all year round, which she highlights can pose problems for farmers, restaurants, and even nutrition.

“When you don’t understand what you’re eating, then I don’t think you can eat well. We’ve got to understand that when you eat seasonally you eat better; everything tastes better and you look forward to certain things coming,” which is how our Greek ancestors would have eaten.

While it may not be common sense, Effi says it’s very easy to teach, and sees it as a parent’s responsibility to impart that knowledge.

“I get great pleasure when my children come to the green grocer with me and they’ll see that cucumbers are $8.00 a kilo. The first thing my son will say ‘these aren’t in season mum are they? They’re not worth buying’,” she says, and aside from sourcing produce, encourages parents to get children in the kitchen as early as possible.
“My nine-year-old son knows how to make a lasagne because Caterina has showed him the way and he will not eat another lasagne unless it’s made Caterina’s way. My daughter will tell you the exact amount of lemon that needs to go into her augolemono soup because that’s how she likes it. People are scared to get children into the kitchen – it’s okay if they cut their finger a little bit in the process – there’s nothing better you can teach kids; you’ll be grateful for it.”

A big part of what brought the ‘sisters’ together was their Mediterranean heritage – Effi being of Greek background and Caterina Italian – and subsequently the way they were raised.

“We wouldn’t be the people we are today,” says Effi. “We were raised in families where we all ate dinner together, always – there was a big emphasis on that. Whether it was a celebration or times of commiseration, there was always food involved. And that is very much how we live our lives now, together and around a table.”