The final Grand Slam tournament of the year is upon us 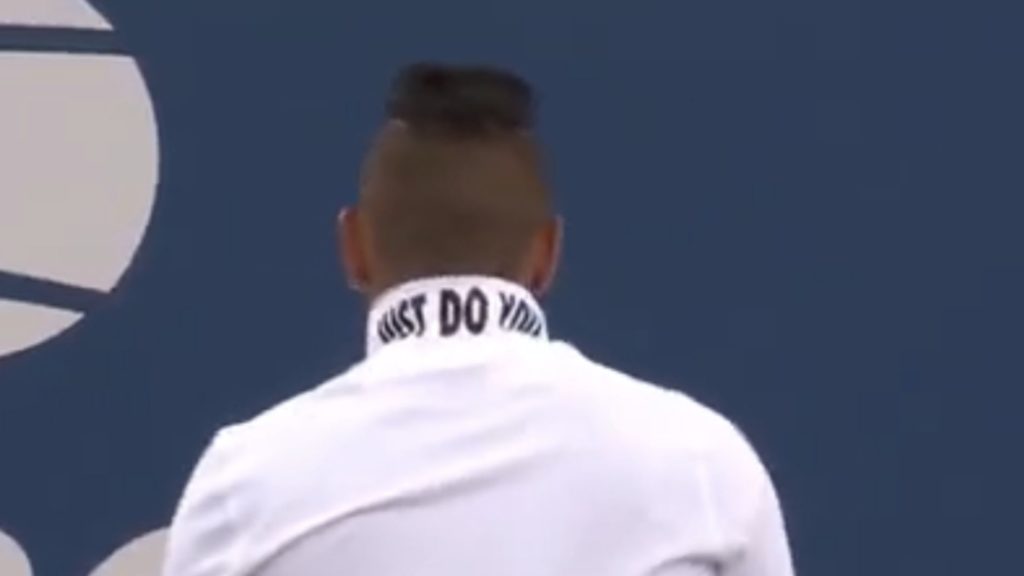 The Australian No 1 and 28th seed player clashed even before his second round match began on Thursday when he was taken to task during the warm-up for wearing a short with the following words branded in bold letters underneath his collar: “JUST DO YOU”. Kyrgios was infuriated after the umpire appeared to tell him that the collar was in breach of attire rules. He survived the pre-game blow-up and cruised by notching a comfortable 6-4 6-2 6-4 win over French wildcard Antoine Hoang.

Greece’s Maria Sakkari has already confronted Ashleigh Barty twice this year. Sakkari and Barty clash again in the third round at the US Open in New York on Saturday. Sakkari is aware that there’s work ahead if she wants to beat Barty this time round. Prospects are promising as Sakkari seems to be in great form lately, after emerging victorious from the first round where she played Italian Camila Giorgi, dropping only a single set (6-1, 6-0).

READ MORE: Maria Sakkari says she and Stefanos Tsitsipas have many enemies in Greece

Greek Aussie Thanasi Kokkinakis, 23, has withdrawn from the US Open, giving Spanish legend Rafael Nadal a free pass into the third round via a walkover. The injured player was supposed to have played Nadal in the feature night match, a huge chance for him to show the tennis world his talent. A right shoulder injury, however, meant he pulled out an hour before the match was due to start. Unfortunately, this is just the latest setback in a promising career that has been marred by a string of injuries.

READ MORE: Winners and Sinners: Optimism for Tsitsipas and heartbreak for Kokkinakis

There’s excitement at the US Open in New York City. Greece’s Stefanos Tsitsipas was the ‘big news’ to depart from the first round, as the Australian open semi-finalist was beaten by Russian world number 43 Andrey Rublev in four sets (4-6, 7-6 (7-5), 6-7 (7-9), 5-7).
It was a tight contest between the two athletes that saw Tsitsipas lose the first set, then struggle to make a comeback in the second. He needed a tie-breaker to bring the game on level terms, yet continued to appear disengaged as the process continued.
His mind seemed to be out of it as he was constantly receiving warnings by the umpire, with the situation escalating in the fourth and final set when he received an official warning for coaching.
Tsitsipas then lashed out against the Frenchman, calling him a “weirdo”.