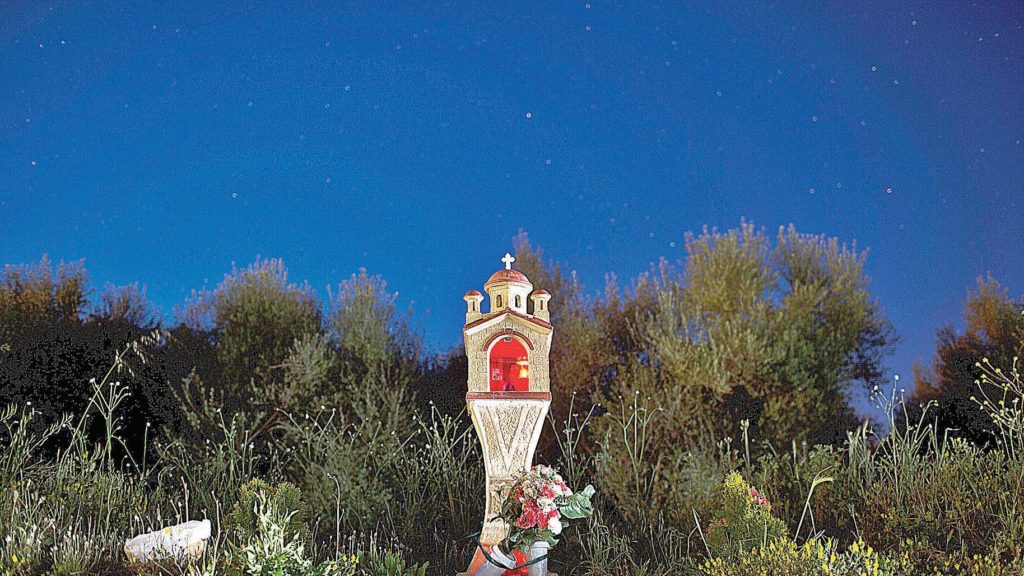 A roadside shrine stands near the village of Paleovarvasena, in the Peloponnese region of southern Greece. Made of iron sheeting, stone, wood, concrete or marble, tens of thousands of such shrines punctuate Greece’s roadside scenery, a common sight in a country that has one of the European Union’s worst road fatality rates. Photo: AP/Petros Giannakouris

In an effort to raise awareness on the importance of road safety for tourists and tourism, Make Roads Safe Hellas (MRSH) run a study on road safety in Greece.

It appears that infrastructure development and specifically road development works actually contribute to travelers being at greater risk for getting in motor vehicle crashes than local residents. Of the 1,500 international tourists surveyed 60 per cent reported dissatisfaction with the road safety conditions in Greece.

Greece has an overall worse death and injury rate that other Mediterranean destinations like Spain, Italy, Portugal and Croatia; it is also the country with the highest rate of motorcyclist fatalities.

ALSO READ: Your survival guide to driving in Greece

According to the research, almost one in five visitors to Greece experienced a serious safety incident on the roads. In the list, the most common occurrences were not staying in designated lanes, speeding and dangerous overtaking followed by violating red lights and driving while under the influence of alcohol.

Meanwhile, two in five of those that chose to drive to Greece admitted to feeling less inclined to follow traffic rules while on holiday, and one in eight admitted to driving while under the influence of alcohol. This number increased to one in five for drivers under the age of 25.

“The tourism industry has paid scant attention to one of the major risks faced by tourists – road death and injury,” said Saul Billingsley, executive director of the FIA Foundation (London-based nonprofit partnered with EASST).

“Unless these risks are better recognised and addressed, the numbers of tourists killed and seriously injured will continue to rise, fuelled by growing vehicle ownership in destination countries and the expansion in tourist arrivals,” he added. “The report should be a wake-up call for the tourism industry everywhere.”

You can read the report here and here.