Letter: Let’s not create conflict where there is none

A reader responds to Fotis Kapetopoulos’ article ‘Let’s really separate the church from the state’, rendering it an “unnecessary and prosaic attempt to malign the Primate of the Greek Orthodox Church of Australia” 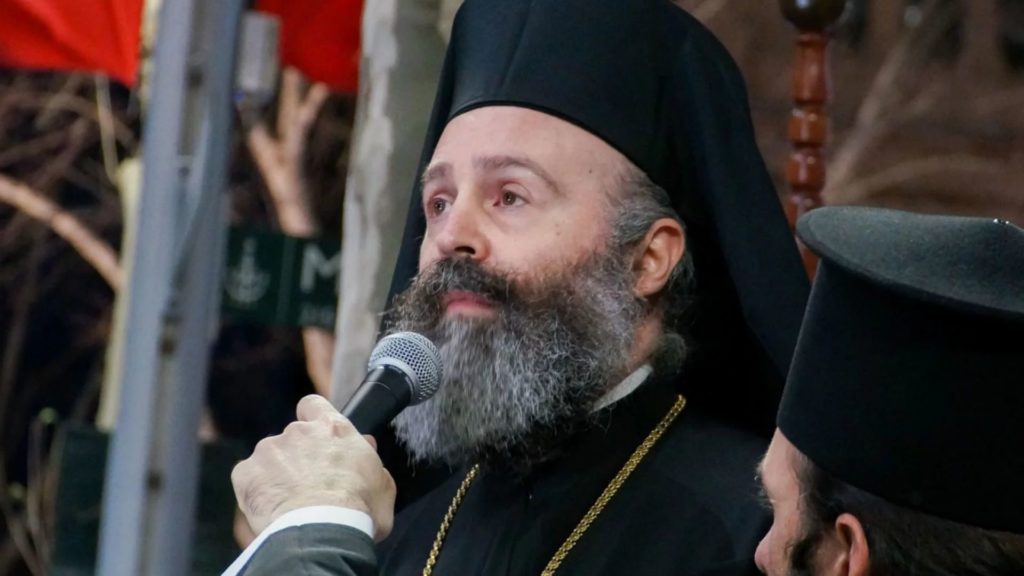 Let’s really separate the church from the state is an interesting, albeit false, headline for the article published by Neos Kosmos on 3 September, 2019. In Australia, the church and state are well and truly separate. The Church, like other organisations, has the right to publicly express its views on matters affecting the people.

To say that one would be “surprised by the haste with which the new Primate publicly opposed the current bill in the NSW Parliament seeking to decriminalise abortion” is analogous to a man who has gone out for walk during a rainstorm and returns home ‘surprised’ that he got wet. It just doesn’t make sense. Perhaps what should really surprise us all is the haste in which this bill was introduced, and the minimal time allowed to debate it. We should be surprised that there was no time set aside for community consultation in the Legislative Assembly for such a contentious bill. Indeed, only one day was set aside to debate amendments before a vote was called for this bill in the Legislative Assembly. It is worth noting that a bill dealing with animal cruelty has been allocated five months of community consultation.

The Archbishop’s presence at the rally at Martin Place was powerful and poignant. What Fotis Kapetopoulos should be doing is applauding the Archbishop for his leadership in representing the Greek Orthodox faithful on this matter. We felt proud that our Archbishop had taken a visible role in this debate. We felt proud that our Church was represented in the public sphere. His presence gave us all encouragement and strength.

Archbishop Makarios spoke the truth, in love, when he said “being guided by Christ is what matters” and that is exactly what is required of him as Primate of the Greek Orthodox Church in Australia. To expect anything less confirms the writer’s limited connection and understanding of the Orthodox faith. It is confusing that anyone would expect the Archbishop to be anything other than himself, regardless of the audience before him. How can we possibly respect an Archbishop who panders to the ideological parameters of the left-leaning journalists?

Whilst all left-leaning, liberal journalists are entitled to have and share their opinions, it would be of benefit to familiarise oneself with the Reproductive Healthcare Reform Bill 2019. I would suggest a little less time waving the red flag of righteousness all over the internet and a little more time reading the Hansard of the parliamentary sittings relating to the introduction, reading, debating and voting of this bill.
Now it’s time for the facts.

“In fact, the bill actually adds more regulation not less, by requiring two doctors to sign an approval for late termination. And only when the mother’s life is in danger, or in the case of severe foetal abnormality.” Actually, the bill makes abortion more accessible. As it stands, this bill makes abortions lawful for any reason, including sex-selection and for social reasons. When an amendment was introduced to criminalise sex-selection abortion, most of our elected members of parliament, including Premier Gladys Berejilkian and our very own Member for Canterbury, Sophie Cotsis, voted against it.

READ MORE: Let’s really separate the church from the state

This proposed law also permits late term abortions, including abortions of healthy babies up until full-term. What exactly does that mean? It means that a baby can be aborted even a day before it is due. But wait, it gets worse. If a baby survives an abortion procedure and is born alive, there is NO requirement in this bill, that neonatal care be given to the child born alive – in other words, it is left to die, and most likely be killed. This is morally unsound. This is infanticide.

Perhaps the liberalism that the Archbishop dislikes, is the nonsensical liberalism in which a society sends donations and aid to children in developing countries (and so we should), yet the same society can justify killing a viable, unborn baby. This bill does not require doctors who have been asked to perform an abortion on a child under 16 years of age, to report it to any relevant authorities. This is quite illogical considering other laws pertaining to the protection of children. For example, if a child does not attend school on a school day, schools are required to immediately notify the child’s legal guardians. Surely, if a 12-year-old girl was seeking an abortion, this should be reported to the police, or to the Office of the Children’s Guardian?

Unfortunately, the majority of the lower house staunchly protested against the proposal of collecting data relating to abortions in NSW. This data could potentially help identify the reasons women were seeking abortions and give health professionals, lawmakers and social workers insight to address these causes.

This bill has been dressed up to look like a gift to all modern, liberal women who have been suppressed by the patriarchy. In fact, it removes protections for women. An amendment to criminalise abortion coercion was voted against by the majority of the lower house, including Berejiklian and Cotsis. If this law would offer more protections for the pregnant woman, isn’t that a positive thing?

We know from extensive research that there is very often both grief and remorse over abortions and that has long-term effects on both the physical and psychological well-being of the mother. It is a fallacy to assume that abortions are only done for unwanted babies. Frequently, it is not the baby that is unwanted, but the problems surrounding the pregnancy that are unwanted. In fact, abortion can often involve a baby that is wanted very much. An amendment to ensure that every woman is offered the opportunity to receive counselling before a termination was also voted against by the Premier and the majority of the Legislative Assembly.

An amendment prohibiting the sale of baby tissue was also ruled as irrelevant by the Berejiklian government’s Speaker. Yet just recently, a preliminary hearing in the court case against the Center for Medical Progress, a Planned Parenthood official admitted to harvesting aborted foetal parts for the purpose of selling them to human tissue procurement companies.

On 10 June this year, the leaders of more than 180 US companies signed an open letter calling for comprehensive access to reproductive health, including abortions. The letter ran as a full-page advertisement in The New York Times. It said restricting access to abortion is bad for business. They argue that restricted abortion limits women’s economic empowerment and hinders their upward mobility in the workforce. Can we really call ourselves a ‘liberal’ society if we don’t provide comfort, understanding, opportunity and financial support to women who have fallen pregnant under difficult circumstances?

Archbishop Marakios has provided an intelligent and compassionate response to this debate. His role is to lead the Orthodox faithful of Australia, to help them become discerning, courageous Christians in an increasingly hostile world. “Render to Caesar the things that are Caesar’s; and to God the things that are God’s.” God requires our heart and our witness in the modern world. Archbishop Makarios gives both.