Greek Australian fishermen on the verge of losing it all 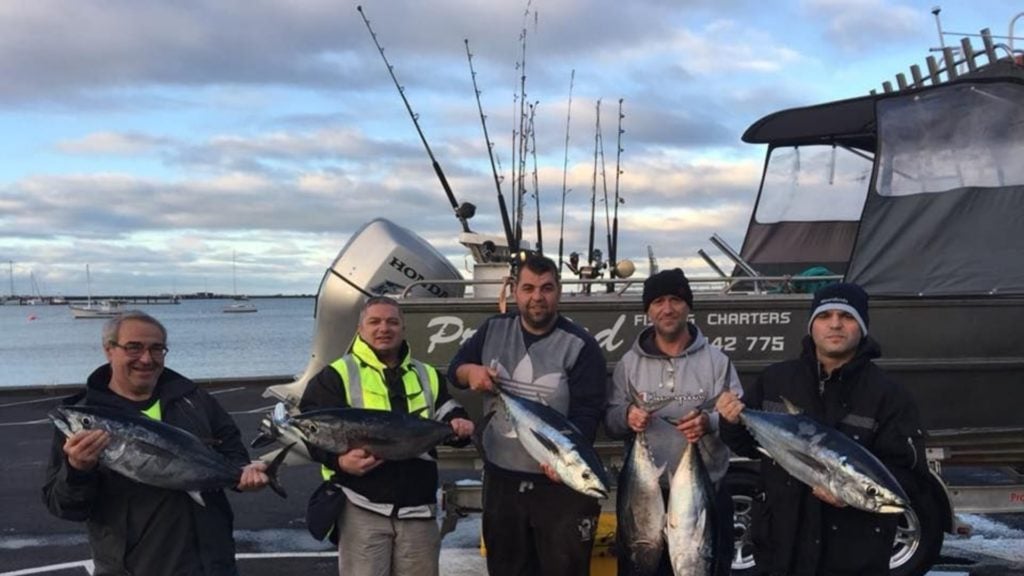 “We didn’t spend our lives in the oceans, to lose everything overnight.”

That was the gist of Greek Australian fishermen’s thoughts following the South Australian Government’s announcement last week to ban snapper fishing in most of the state’s waters from November. The state-wide closure came after data revealed the fish population has been decimated with snapper numbers dropping significantly in recent years.

Prime Industries Minister Tim Whetstone said that the iconic species could vanish from the state altogether unless urgent steps are taken to allow the snapper population to replenish itself.

After a public consultation, the State Government has implemented a total ban for the Spencer Gulf, West Coast and Gulf St Vincent until 31 January, 2023, but controlled fishing in the south east waters during the non-spawning season between February and October will be permitted.

Mr Whetstone said that South Australians were passionate about the future of the fishery industry as more than 900 submissions were received during the consultation period, which included scientific evidence showing that drastic action was required.

“We will not take a back seat and watch this species decline and put at risk the chance of our grandchildren not being able to catch this iconic species in South Australian waters,” Mr Whetstone said.

The Government acknowledged the impact the ban will have on commercial fishing, as most of Australia’s commercial snapper production comes from the state. However, the future of snapper fishing looks murky if the population decline continues. For this reason, Mr Whetstone said the ban was necessary to replenish stocks that have  declined by 87 per cent in Gulf St Vincent, a large inlet of water on the southern coast of Australia. Meanwhile, there was a 23 per cent decline in the Spencer Gulf, westernmost of two large inlets on the southern coast of Australia. He urged fishermen to target other species, such as tommy ruff, snook, yellowfin whiting, yellow-eye mullet, silver trevally, Western Australian salmon, mulloway, flathead, golden perch and leather jackets “which all offer great eating and enjoyable catching experiences”.

Greek Australian fishermen are concerned. “Although I can appreciate the Government’s reasoning behind the decision, at the same time one can’t overlook the impact this ban will have on commercial fishers and country businesses, as it affects the livelihood of retailers and wholesalers. They have a reason to be worried about the future, as this is a huge industry in South Australia, the state that has more varieties than any other state in Australia,” said seafood tycoon Michael Angelakis who met with Minister Whetstone and Premier Steven Marshall to discuss the issue.

Despite the fact that a multi-million-dollar support package will be provided by the State Government to those affected by the ban, the industry has slammed the decision that came following last year’s pledge to help the industry prosper. Fishermen feel that their livelihood has been put at risk by the recent decision.

“Weeks of consultation and discussions re the impact that this will have on many livelihoods has become an absolute joke,” said Michael Lucas, Greek Australian owner of Pro Fishing Carters SA.

“As an association we compromised to take another bag limit cut and even discussed reforming the industry as whole in order to preserve stocks further, but nothing was listened to.
“It is clear that this Government doesn’t care for small businesses.”

About 62 per cent of snapper caught in the state are snagged by commercial fishers, and the rest by recreational fishers.

“I just feel it is time to take this opportunity to become more entrepreneurial by investing in the agriculture industry and restocking our oceans with fingerlings.

“It is now up to us to be proactive and help our industry survive,” Mr Angelakis said.